Story of the World Vol. 4 Chapter 15 covers Small Countries with Large Invaders, as the title suggests. The first story talks about how Korea became a battleground between Japan and China. While there, Queen Min of Korea gets her own special coverage. 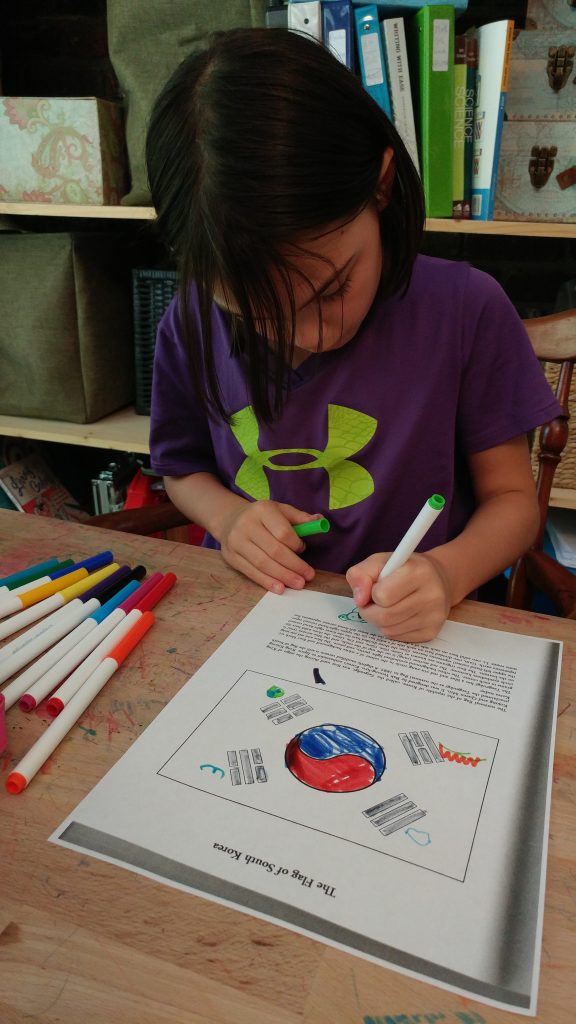 The second story covers the Spanish-American War which happened in Cuba and the Philippines, too. Children get introduced to some notable names: Jose Rizal, William Hearst, Joseph Pulitzer, Theodore Roosevelt and more. Needless to say, lots of good stuff in this chapter.

As I have said in previous posts about volume 4, we are going through it quickly, without stopping to read the additional titles suggested. I intended to finish volume 4 over the summer break, but it did not happen. The reason being, June was extremely busy with camps and July, well, July just sort of happened.

What Kept Us From SOTW

To clarify, we went to the pool a lot in July, read like crazy, and played on Scratch. Whenever I did a bit of cleaning around the school room, I saw SOTW on the desk and averted my gaze. On the other hand, they never brought it up and we just went merrily along our summer break.

As a result, we just read a few chapters in June and that was it. I do not worry about it because we read The Incredible Adventures of Rush Revere over the summer. This five-book series contains a lot of American history. I feel like I have done my duty as far as history over the summer. 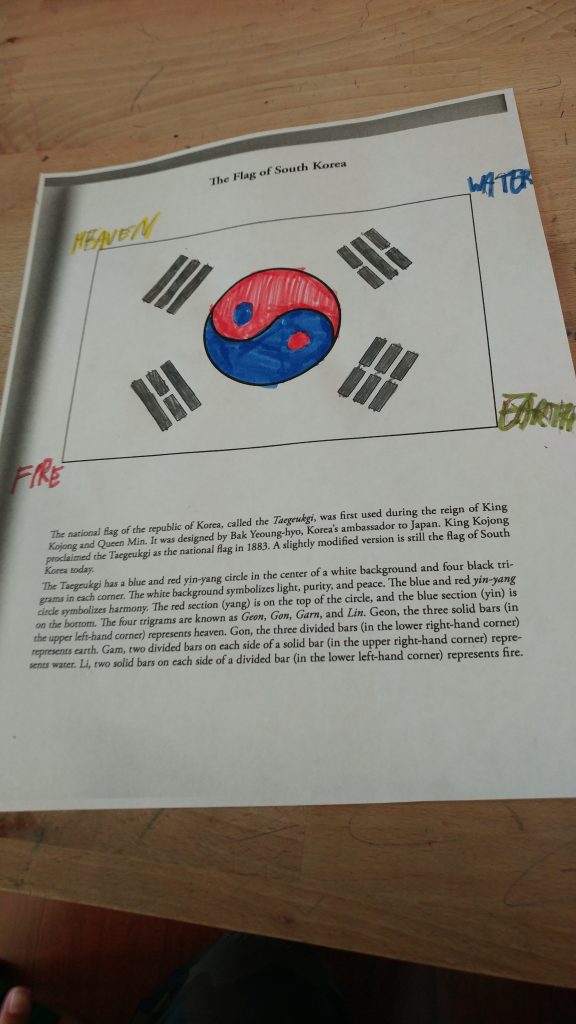 For this chapter’s craft, we chose the map project. We love coloring maps, apparently. Whatever works. My children take tae kwon do, which is a Korean martial art. The Korean flag, its symbolism, and Korean words peaked their interest.

All these elements combined to make for an interesting and intellectually rewarding chapter. I suppose I need to look into more timeline figures for the chapters we have covered lately.