Sparta and Athens took our breath away. Greek paper dolls, our first conversation about democracy, the importance of educated voters, the Spartan boy who let himself be bitten by the fox while being interrogated… Wait, what? Yes, we had to deal with some tough subjects again. At the end of the reading, my son said, “I can’t believe that boy would let that fox eat his stomach…” We talked about it for a minute, to stress how different those cultures were from ours, and we moved on. If I don’t make a big deal out if it, they will not, either. 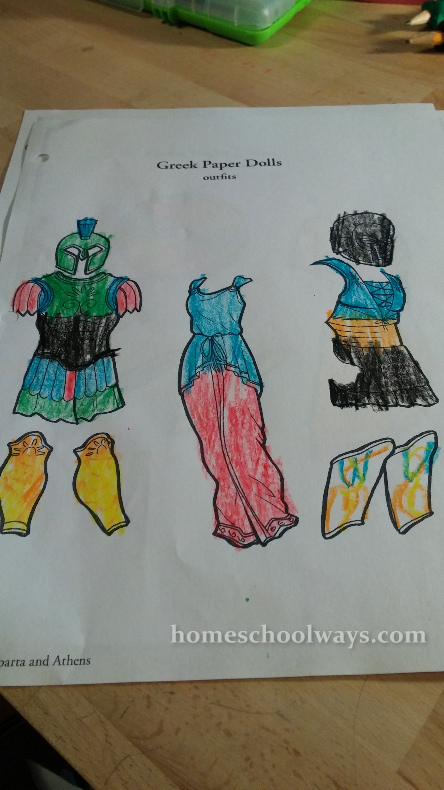 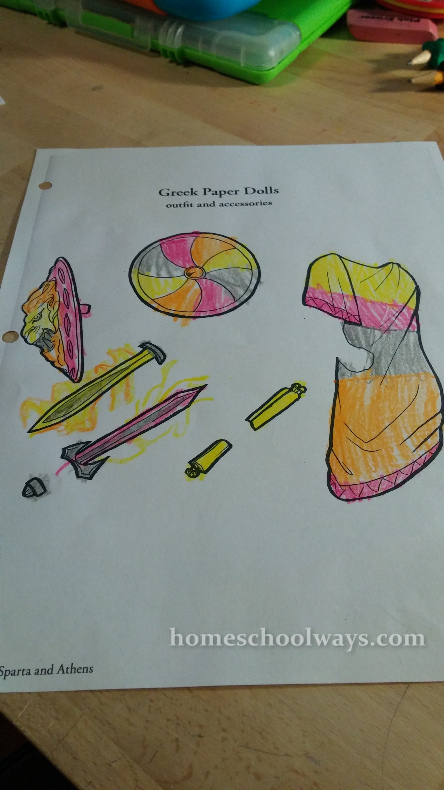 Don’t let the pink fool you. Notice the flaming sword!

They were happy to work on their map. They colored the Greek dolls. I copied them onto regular paper. They glued their clothes with stick glue. 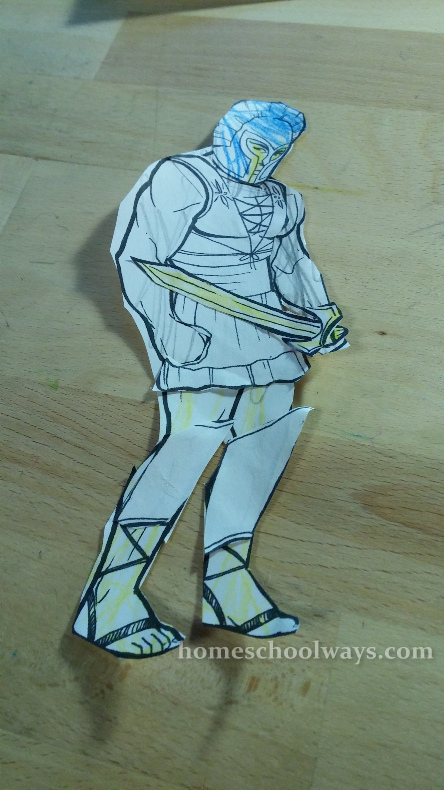 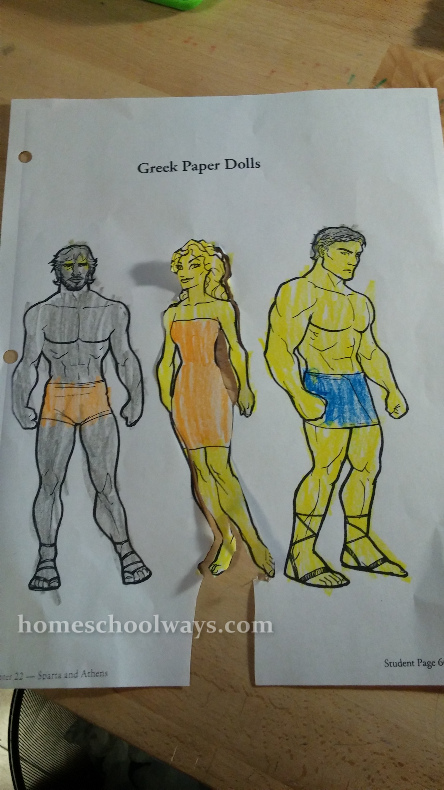 I did not think they were going to play with these dolls again, so I did not use card stock or balsam wood. When we were finished, I put their dolls inside plastic pouches in their history binders. I like to keep clutter under control. We already have too many toys and craft projects lying around, waiting to be played with.

They colored, cut and pasted for a long time, until it clearly became busy work. When they start asking mommy to cut up their people and accessories, you know it’s time to file them away.