Our first Facebook Live event just happened today. You can watch it below or on our Facebook page. The topic was Story of the World, the history curriculum for elementary students. In 10 minutes, I explain what this curriculum consists of and how to use it twice – once with grades 1-4, then with grades 5-8.

Orthodontist visit – field trip on the first day of school

The beauty of live video is that things can go wrong. When I heard a cat meowing, I thought our two cats were fighting, so I went to ask one of the kids to separate them. It turns out, they were not fighting. One of them was outside. The other one was meowing at my daughter’s bedroom door, asking her to open it. Epic. END_OF_DOCUMENT_TOKEN_TO_BE_REPLACED

This chapter dealt with four wars – three completely useless plus the Seven Years’ War. George Washington gets introduced to students for the first time and our kids perked up when they heard his name. They knew about Washington from other books. 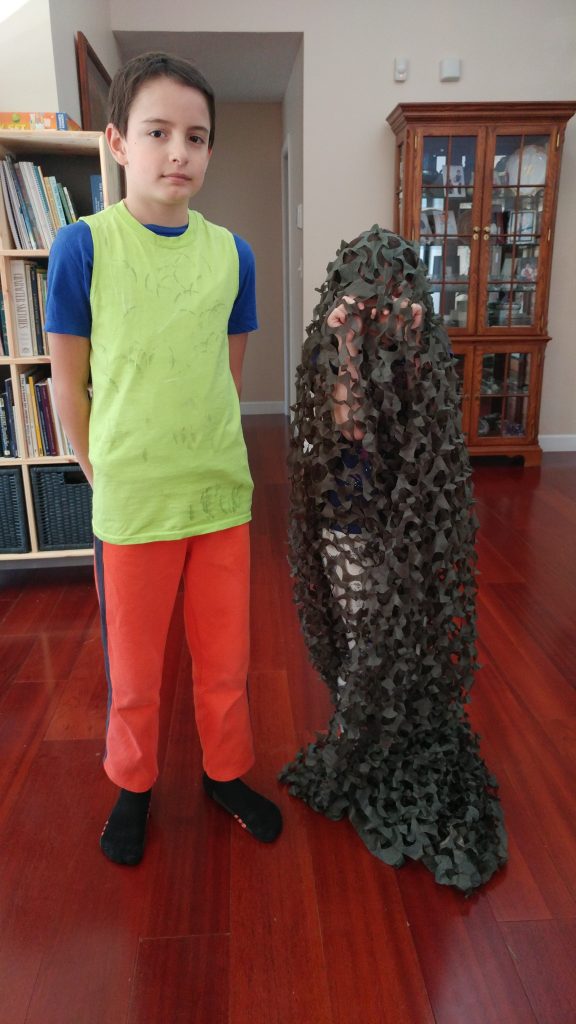 The chapter has two stories, both complex and rather boring at times. The children let me know that several times. As they colored the governor’s mansion coloring pages, I read to them.  END_OF_DOCUMENT_TOKEN_TO_BE_REPLACED

Chapter 4 in The Story of the World Volume 3 deals with the struggle to look for a Northwestern passage. Hudson and Champlain are the main heroes of the two stories in the chapter. I did not exactly have the milk cartons required to make the craft boat – we drink non-dairy milk which comes in a totally different shaped-carton. 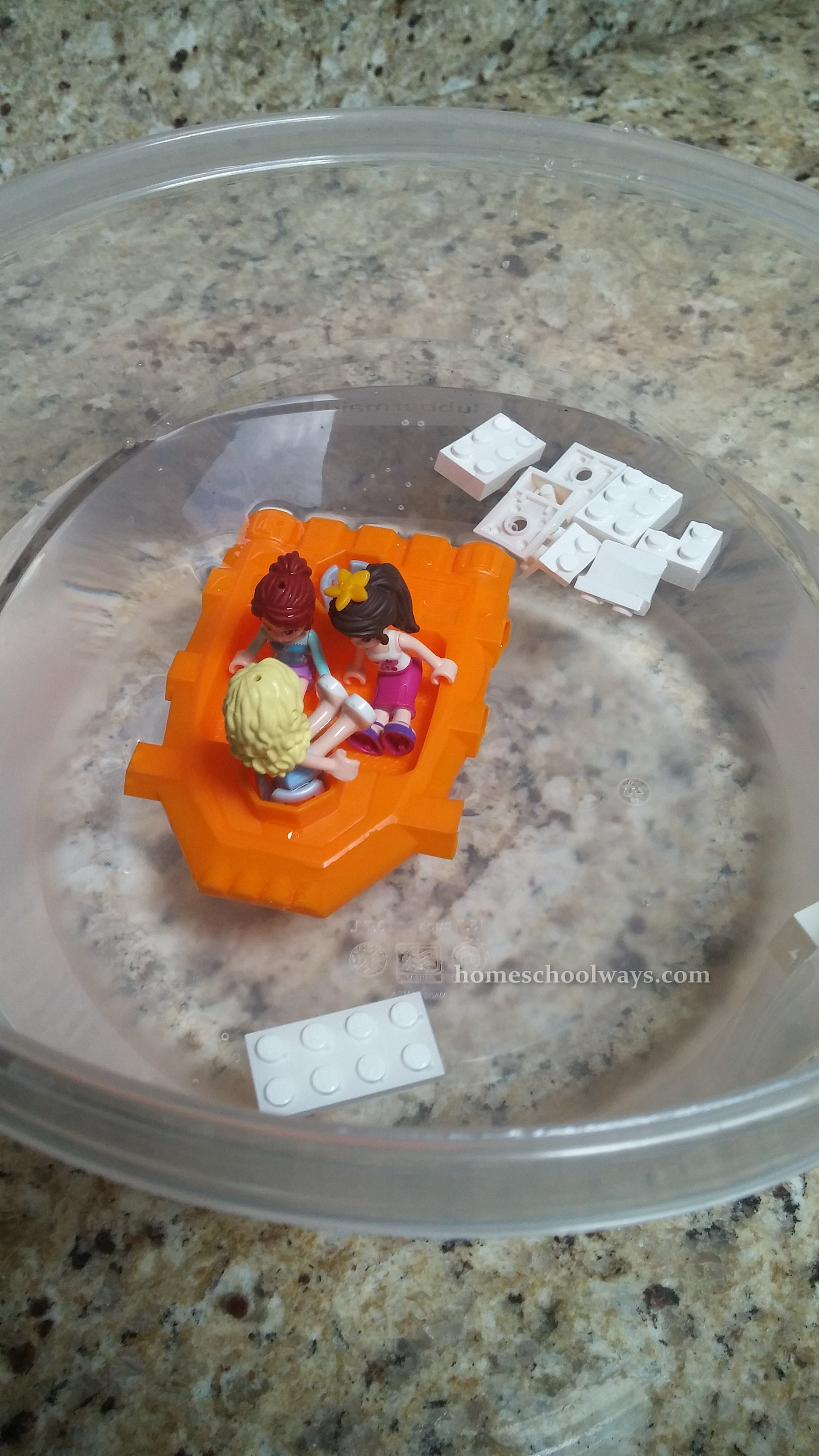 Floating cakes of ice during the search for a northwestern passage. Yes, LEGO friends in the boat…

So I set the kids on an adventure with LEGO people and boats. We used white LEGO bricks as the floating cakes of ice mentioned in the stories, an expression which made them laugh. Cakes of ice? They kept repeating it. This is why we read extensively. They learn new ways to use words and to put them together.  END_OF_DOCUMENT_TOKEN_TO_BE_REPLACED

Chapter 3 came with two stories, but they both focused on King James. I know it’s a bit much to read two stories in one sitting, and work through questions and narration, but we do it because, frankly, I find it hard to split history in two days during the week. Plus we have been doing this through the summer and the kids could take it. 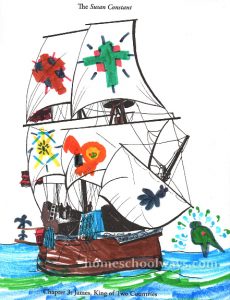 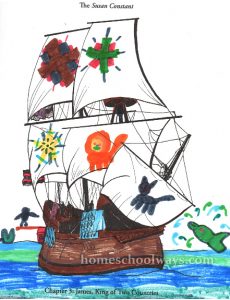 When I finish one story, I ask them the comprehension questions. Then, I ask my eight-year-old to narrate the story back to me. As soon as he stops, they say, “Next story! Next story!” So it’s not like I am stressing them out or making them suffer. They love history.  END_OF_DOCUMENT_TOKEN_TO_BE_REPLACED

Here we go again. Another school year means we go on with history. It’s hard to believe, but we have reached the year 1600 in our studies. On our first day of school this year, we read Chapter 1 of Volume 3 in Story of the World by Susan Wise Bauer. 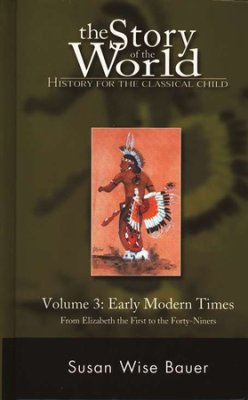 Story of the World Volume 3

I don’t know why the layout is slightly different but it does not matter. It’s the same basic format:

END_OF_DOCUMENT_TOKEN_TO_BE_REPLACED

Chapter 36 explains more about the Reformation and the Counter Reformation. Personally, I have read a few books about the reformers and the amazing work of Melanchton. So I was glad to see Ms. Bauer mentioned his contribution to the Reformation. If you are looking for some good reading on the matter, you should read The Great Controversy – it’s about church history from AD 70 through the Protestant Reformation and beyond. You can read it for free here. 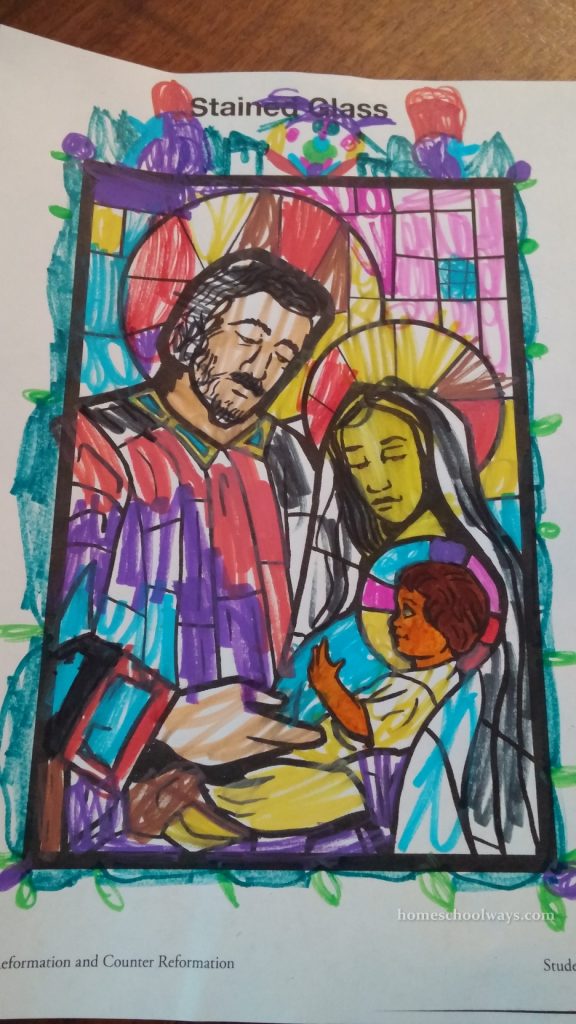 The kids liked the story about the Council of Trent because of the two bishops who were acting silly. Also, because it took 18 years for this meeting to accomplish all its goals. That’s quite a meeting. Next time you have to sit through a one-hour meeting somewhere, before you complain, remember the Council of Trent.  END_OF_DOCUMENT_TOKEN_TO_BE_REPLACED 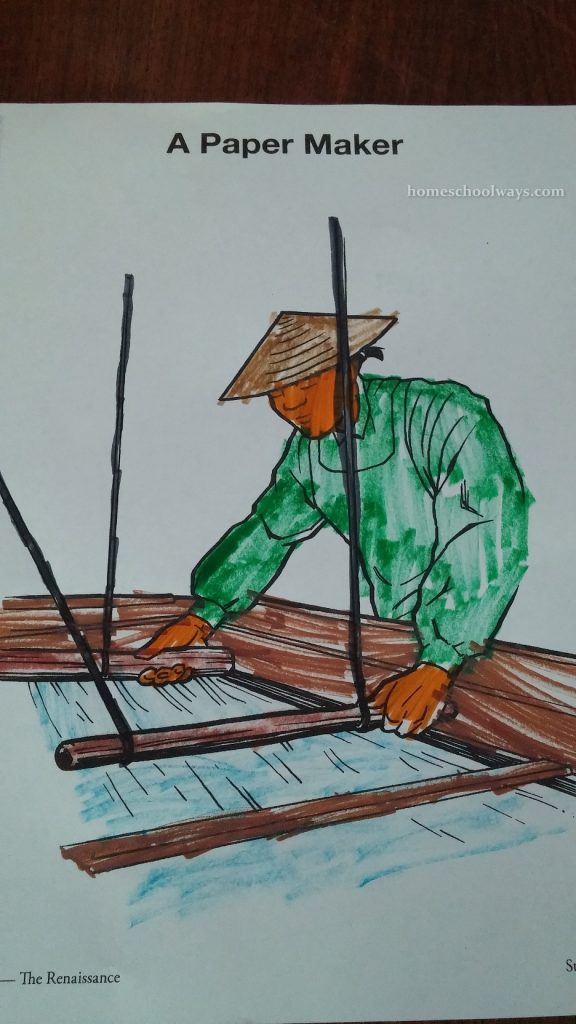 The printing press is the most influential innovation in the history of humanity.

Narration went well and so did the questions. Sharing the markers for coloring – not so much. Sibling rivalry takes on new heights in the afternoon, when they are tired and have had a full day. This week they attend Soccer Camp in the morning. Then, today, it just so happened they had their weekly violin lesson via Skype.  END_OF_DOCUMENT_TOKEN_TO_BE_REPLACED

Spain, Portugal, and the New World or Chapter 33 continued the violence theme but from a different perspective. I think it is important for children to understand that Europeans used to look at black-skinned or brown-skinned people as if they were not fully human. Also, that slaves were brought from West Africa and how this was done and why. 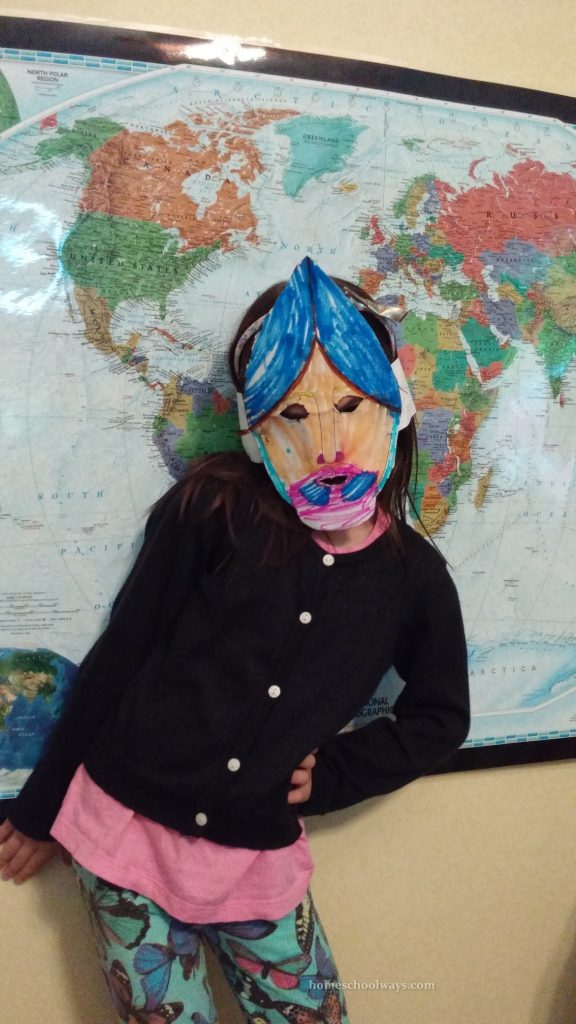 Conquistador mask with a pink beard

We got a chance to color a conquistador and to learn the word itself. We made a conquistador mask. My daughter was appalled that the mask had a beard. “I’m a girl! How can I wear this with a beard?” she asked. So she colored the beard pink. Problem solved.  END_OF_DOCUMENT_TOKEN_TO_BE_REPLACED

The First Cities of India was a delightful chapter. We listened to it in the car on the way to an appointment. The kids were intrigued by the story of the quail. A week later, I played the chapter again on another trip.

They colored their maps. I chose not to have them color the ceremonial mask. It looks a little scary. 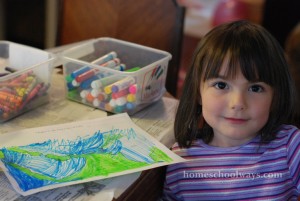 My daughter with her mapwork for Ancient India

My daughter colored the picture of the statue from Mohenjo-Daro, but my son did not. I am beginning to see a pattern here. I really don’t like to enforce coloring for a boy who is into drawing more than coloring. So I let it go.

We made little bricks out of air-drying clay and let them dry overnight. 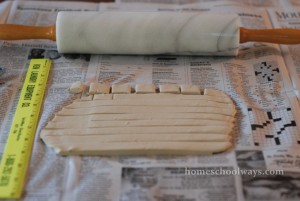 Because I did not press their corners down, the bricks dried up with one or two corners tipped up, which made them unstackable. Oh well… I guess we can recycle them into math manipulatives. 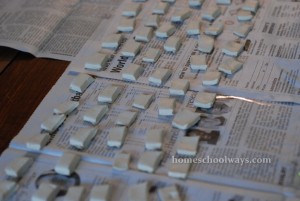 But I have to say, this project would have been daunting, requiring a lot of patience. The bricks are really thin and it would take a lot of them to build a whole village. Just my $.02. 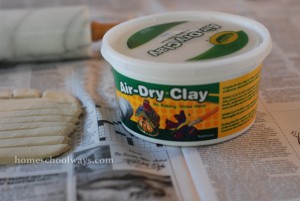