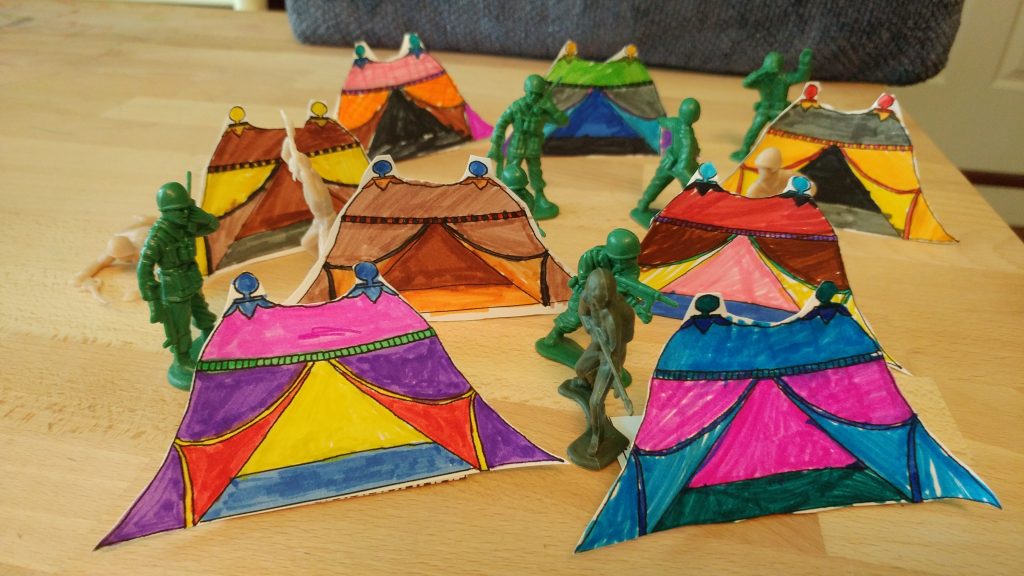 Moving right along… we had fun learning about how one of the sultans admired tulips and brought them to the Ottoman Empire. Also, we enjoyed making tents. The craft template provided in the Activity Book seemed so enjoyable to the kids, they made me print a second page of little tents. I printed them on card stock, so they could stand better. END_OF_DOCUMENT_TOKEN_TO_BE_REPLACED