In preschool, they learned to print: MAMA LOVES ME, for instance. In the second semester of kindergarten, they started learning cursive. By first grade, they would be ready for copy work and a writing program. We spend most of first grade perfecting handwriting, all in cursive. 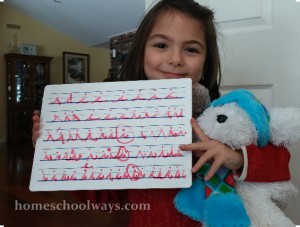 Her first lesson in cursive handwriting

Romanian children and children elsewhere have done it for centuries. Manuscript first is a relatively new phenomenon and the result of extremely liberal principles introduced in education, one of them being dumbing down the curriculum. I am surprised by the number of conservative people who have not looked into this issue more carefully.

Since small children may not have the tactile skills for holding a pen properly, I have always made it a goal to wait until mine were at least six years of age before starting cursive. My daughter is one month away from being six, but she recently asked to start cursive.  END_OF_DOCUMENT_TOKEN_TO_BE_REPLACED

I have written here before about our choice to teach cursive first and only. Here’s more information on the subject.

Many families truly appreciate the flexibility that homeschooling offers them. It allows them to include skills and subjects they deem appropriate as part of their learning day and they can include religious education if they choose. And they can focus more on subjects that public schools do not include, or deemphasize. Some of these subjects often include music, the arts, and cursive handwriting. 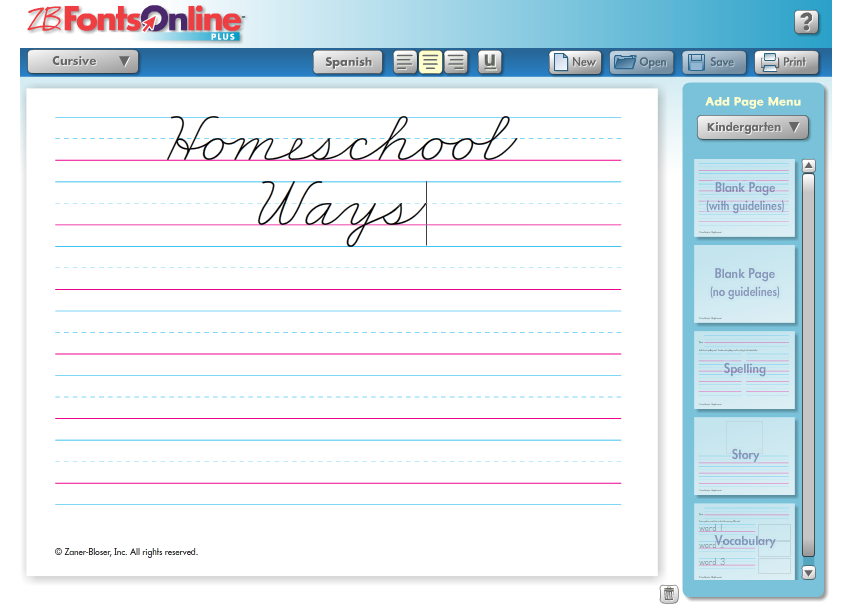 More and more public schools today are eliminating cursive handwriting instruction, citing a lack of time in the daily school schedule and instead focusing on preparation for standardized testing. Many experts in early childhood education, however, believe this can prove detrimental to young students during early brain development. END_OF_DOCUMENT_TOKEN_TO_BE_REPLACED 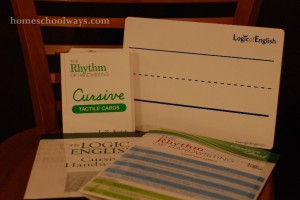 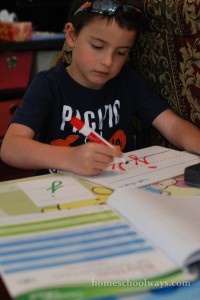 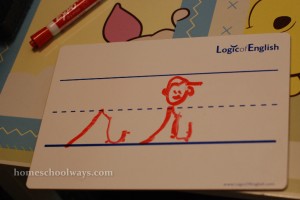 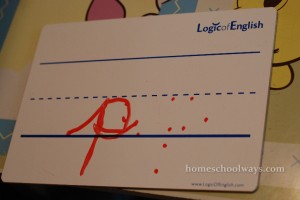 In our homeschool, we teach a range of subjects, but we focus mainly on the 3Rs this year. When we started in September, I realized the R of ‘Riting had to wait for a semester. We kept plenty busy with math and reading, as well as monthly science classes, weekly violin lessons, Home Ec., crafts, P.E., service projects, and Adventurers.

The overall task of getting into a routine took some time, too. Besides, I just knew my son was not ready for the effort required in learning good penmanship. He can print (that’s writing only upper case letters, manuscript-style, e.g. HOMESCHOOL). He signs his name on his worksheets and he can write a short card for somebody. This gave me time to look into several handwriting curricula. 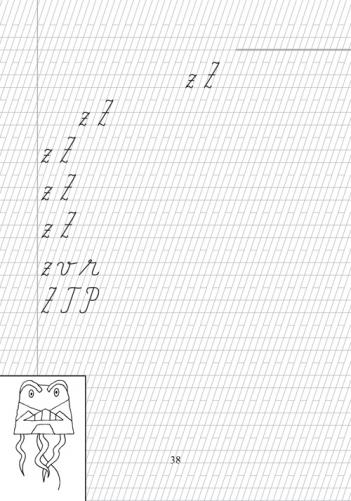 Handwriting page from a Romanian workbook similar to what I use.

Here are 7 factors I considered when choosing handwriting curriculum:

1. The age of the student. Fine motor skills, essential for handwriting, don’t even develop until after the age of six.

2. The gender of the student. Boys mature more slowly than girls.

3. Cursive or manuscript? It’s a big debate. Personally, I only teach cursive and printing (needed for filling out forms by hand). I don’t teach manuscript at all.

4. Right-handed or left-handed student? The position of the hand and the strokes are different for a south paw.

5. Start with big letters and go smaller OR start at the letter size your student will use throughout his life? Again, a big debate. Some people say writing big letters equates drawing, which is different from penmanship. I tend to agree.

6. Should you use a curriculum that does not change the size of the lines? To me, changing from one line-spacing to another is like teaching somebody to play cello and then moving them to a bass a few months into it. Why make them re-adjust the strokes to a different size line-spacing?

7. Consider a curriculum that offers not only horizontal guide lines, but also slanted ones, so the child knows how far he can go sideways.