This week, we had time to take in the results of the Science Olympiad Invitational and catch up on other things. For instance, we have TeenPact One Day coming up at the end of the month and the homework needs to happen now. We also attended our first Science Class at Ripley’s Aquarium for 2020 and experienced mixed emotions. 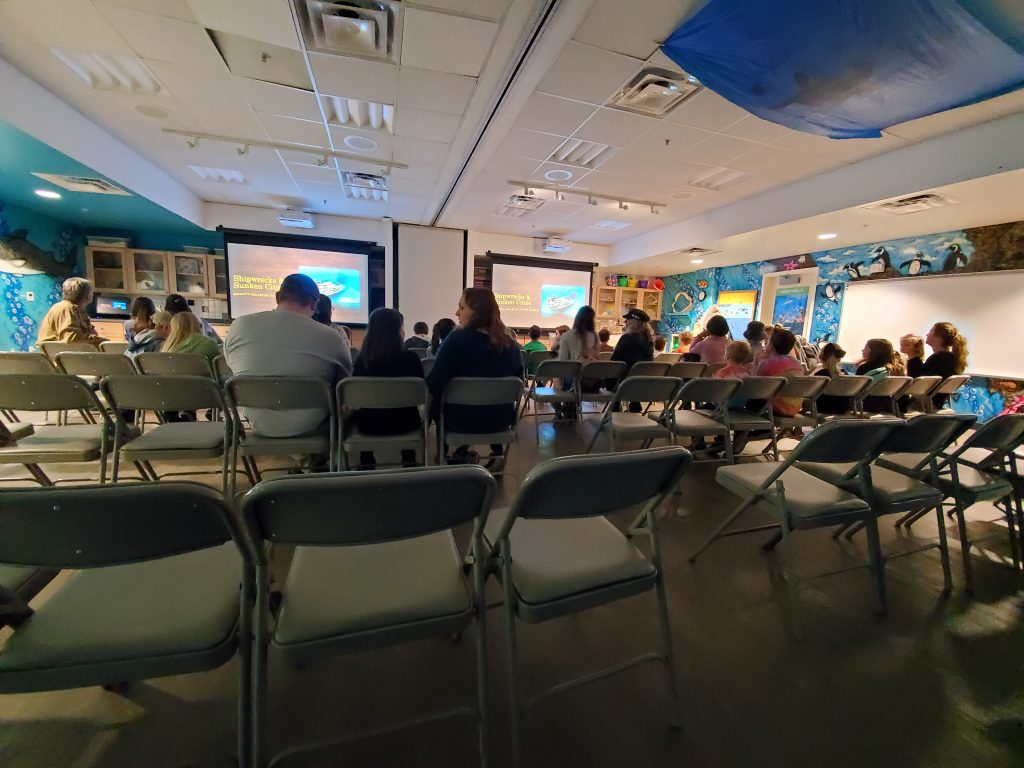 Aquarium Science Class for Homeschoolers – before it got really full

The room has now doubled in size. They opened up the partition wall between two classrooms to accommodate almost 40 students plus their parents and siblings. There must have been close to 70 people in that room. I teared up at one point, realizing how much homeschooling has changed since I got started seven years ago. END_OF_DOCUMENT_TOKEN_TO_BE_REPLACED

This is our fourth year attending science classes at Ripley’s Aquarium in Gatlinburg. It’s a bit shocking for me to write that, but it’s true. Four years already? At first, it was only my son and I going there. My mom was living with us at the time and she kept my daughter, age three at the time. 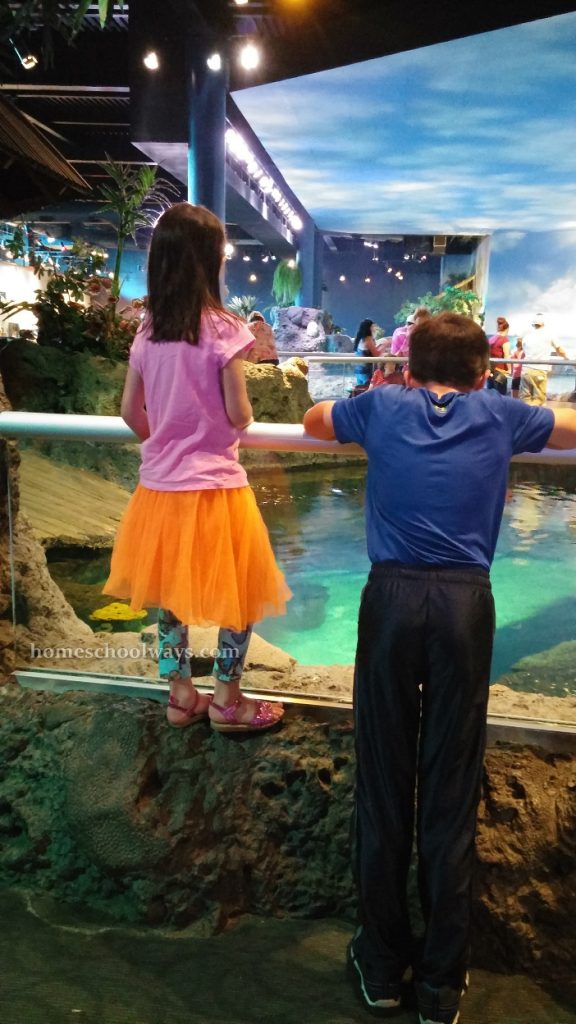 Before the class, they look at the fish.

Once a month, I take my children to Ripley’s Aquarium in Gatlinburg for science classes designed especially for homeschoolers. Preschoolers started last week, but I could not take my daughter because she suffered from acute bronchitis.

My son being in kindergarten, he attends the K-2 class – an interesting mix of maturity levels. So far, we have attended two classes. About fifteen children showed up each time. Their parents, some handling a preschooler and/or a baby, attend the class as well. The young ones behave well. So far, no incidents.

The students sit on the carpet in the middle of the room. Parents and younger siblings sit on chairs set up against three of the walls in the room.

The September class, Beautiful Biomes, presented the seven types of environments on this planet. My son found it a bit boring. The PowerPoint slides did not save us from the monotony of a lecture-style presentation, although the teacher’s voice brimmed with excitement.

Thirty minutes into it, my son came over to my seat and told me he was bored. I encouraged him to pay attention as best he could. He did not have to wait long after that.

The teacher asked the students to line up so they can receive materials for the hands-on activity. They created their own biome by planting flower seeds into mason jars filled with dirt. My son was proud to bring his home. 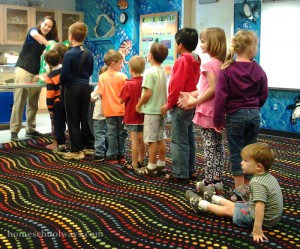 Homeschoolers line up to receive their materials

The October class, Shooting Stars, held our attention better. Pictures of the Universe inspire me with awe. Space fascinates my son. 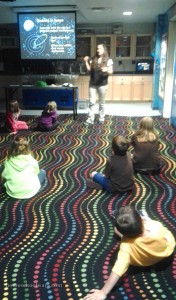 Lecture on the Universe

For the craft, they built shooting stars, following step-by-step directions from the teacher. 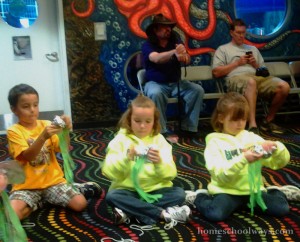 We received a handout with about thirty websites to check out about space. I can’t wait to look at more pictures with the Universe. “The heavens declare the glory of God and the firmament shows His handiwork.” Psalm 19:1 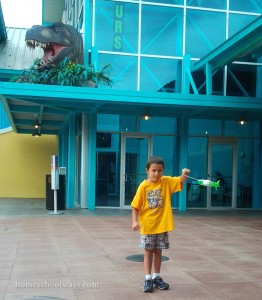 Showing off his shooting star

I like science, but it does not come naturally to me. I am thankful to Ripley’s for putting on classes for homeschoolers. 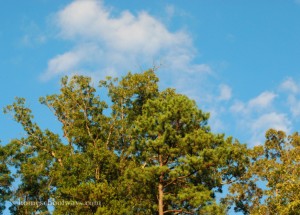