Petra Lingua is our curriculum of choice for learning French. We read books in French and I talk to them in French in the afternoon, but we build vocabulary in a systematic way with Petra Lingua.

I have written before about this website: here and here. You can learn many languages, like German, Chinese, Spanish, Italian and even Swedish.

In the fall, when it became clear that my local homeschool community did not really have an interest in our French Play Group, I put Petra Lingua to the side and focused on reading to the kids in French. I also tried using French on a more consistent basis with them, in the afternoon.

Then life happened: the holidays in November and December; my father’s passing in January; the flu in February. While they lingered on the bed with no energy, I read to them a lot, but then I also put a laptop in front of them to see if they had any interest and energy for Petra Lingua French. They did! 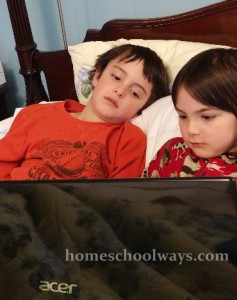 My children study French with Petra Lingua while having the flu

So much so, they fought over who to do the exercises. END_OF_DOCUMENT_TOKEN_TO_BE_REPLACED

We love French in our homeschool. I have started teaching my children French on a regular basis this spring. We joined the Alliance Française of Knoxville, signed up for Popi, and watched Caillou on youtube. However, I felt the need for a systematic approach to learning French. Enter Petra Lingua.  END_OF_DOCUMENT_TOKEN_TO_BE_REPLACED 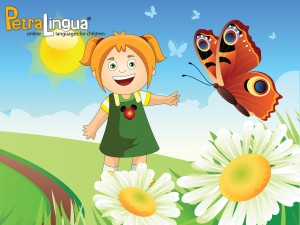