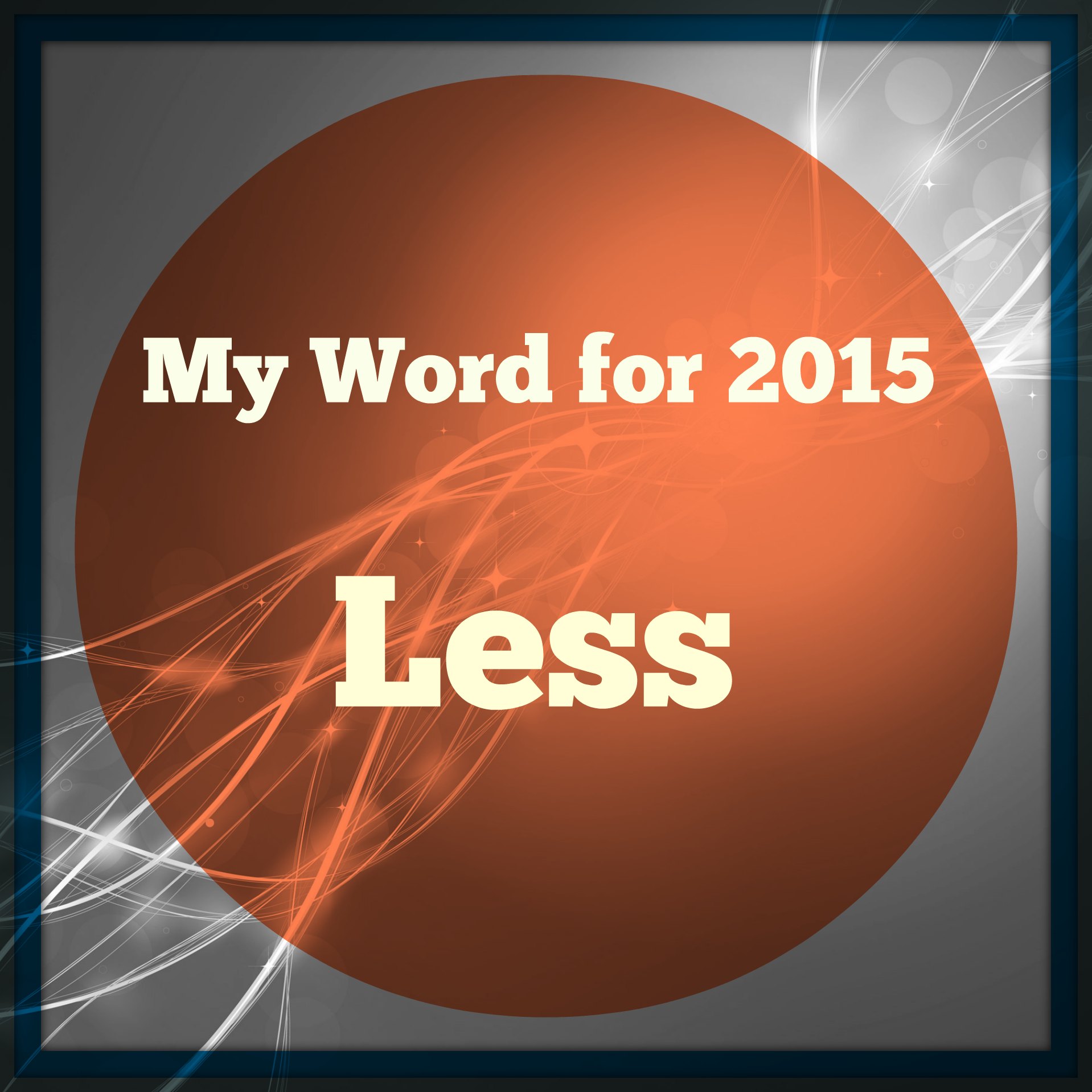 My word for 2015 is “less,” i.e. less stress, less work, less activities. After much thought and prayerful consideration, I had to cut a few things out of my schedule. By doing less, I can be more. [tweetthis]After all, God created human beings, not human doings.[/tweetthis] If I do less, then I stress less, so I can be more patient with my children and the thoughtless remarks of people in my life. END_OF_DOCUMENT_TOKEN_TO_BE_REPLACED