The First Sumerian Dictator, Chapter 5, – we listened to it in the car. It was a rather uneventful chapter.

Besides, we were still busy finishing up some of our Egyptian inter-library loan books which came a bit late. BTW, I have added the new activities to the post about Chapter 4.

We read the recommended stories from The Read-Aloud Classics to expose the kids to some vocabulary typical of the Arab world. The story of the merchant who hides 1,000 coins in a pot was very interesting. So was Aladdin, naturally. 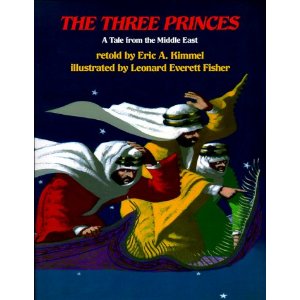 The Three Princes was a really enjoyable story, with a great moral – sacrificial love. I made the parallel to God’s sacrificial love for us, in giving His Son to die for our sins.

It was neat to see my four-year-old search for words on the worksheet. She knows the letters and can read short words. I don’t expect her to read before she is ready. So the approach I took was quite relaxed.

Let’s look for an S, I would say. Then, once she found one, I would say, what is the second letter after S in this word? And she would tell me. OK, so let’s look around the S you found and see if you can see this second letter. And we continued that way until we spelled the entire word.

We got bored of it after awhile and I started showing her the more difficult words – spelled diagonally, going upwards. I put two pieces of paper around the word on both sides so she could trace around the word and not get sidetracked. 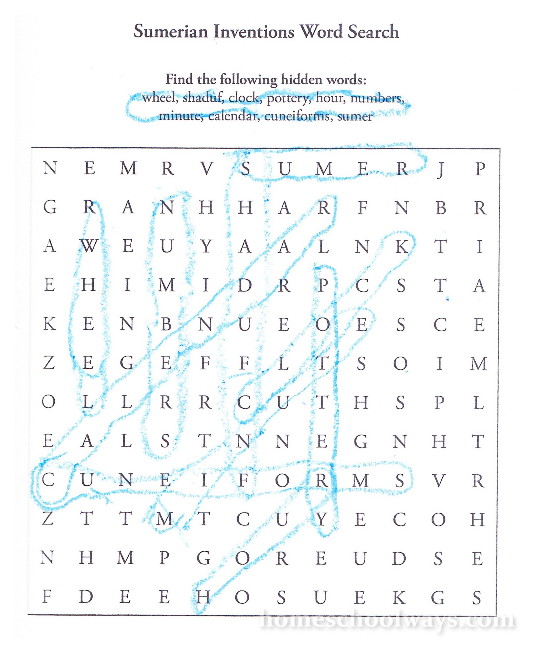 Neither of them wanted to color Sargon. I don’t blame them.

We had no problem with the map work. The kids listened to the instructions and underlined Kish, crossed out Mesopotamia and wrote Akkadia next to it. Before we knew it, it was time for the next chapter.