We made the crafts or, rather, our own version of the crafts suggested in Chapter 4. But before that, we checked on our Nile river model. It had dried up under the overhang of our roof, so we overflowed the Nile river to water the grass seed. We can already see some tiny blades of grass.

Instead of the sand-cube step pyramid suggested in the Activity Book, I opted for a DUPLO pyramid. I asked my son, a LEGO fan, to build me a DUPLO pyramid. He built me one out of 10 DUPLO bricks. I told him I wanted a bigger one. He brought me another small one, then another. I decided that was the sign that he needed some help.

Once I set the parameters and showed him how big the base had to be, he got it. But he wanted me to build with him. I was more than happy to. Even my daughter pitched in, putting her DUPLO princess beds inside the pyramid with a DUPLO figure, as a mummy (the inside is not shown in the picture, unfortunately). 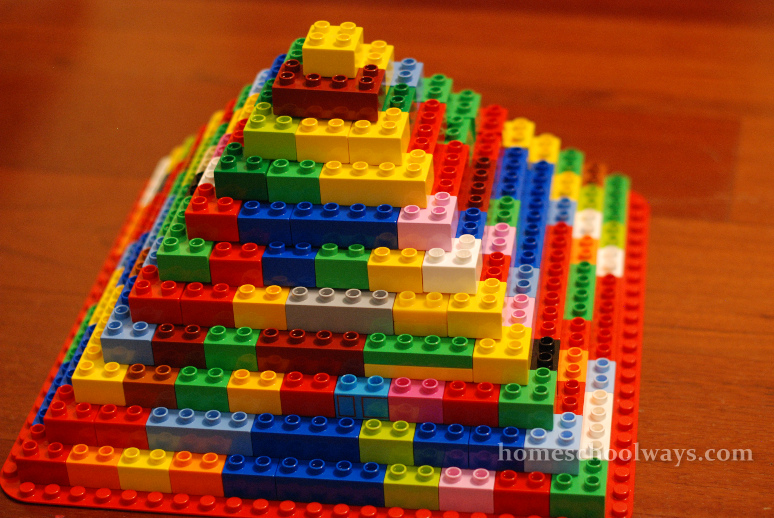 We built a DUPLO Pyramid. It took about 10 minutes.

Then, I opted out of mummifying a chicken (the horror!). Instead, we made hot dog mummies using this recipe with one tiny modification, – well, not tiny! – because we are vegetarian. We used Big Franks (vegetarian hot dogs which come in cans). My mustard bottle has a large hole, so it was hard to get the eyes just right.

But my son and I had fun putting this together and stretching the bandages over the “mummies.” In fact, we talked so much about our mummies, it was hard to eat the finished product. My daughter especially had a hard time. She barely picked at her plate. All theoretical grossness aside, they were delicious (with more mustard). 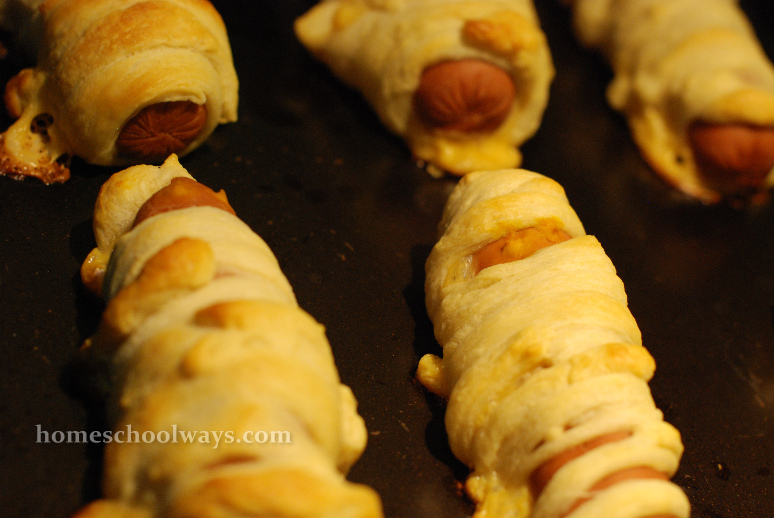 We baked mummies out of Big Franks and Pillsbury Crescent Rolls.

Last but not least, we found Bill and Pete Go Down the Nile at the library – miracle of all miracles! We did not have to request an ILL on this one.

From Footsteps in Time: The Egyptians, we decided to make a necklace collar, even though we are not in Egypt anymore. I cut it out after my daughter traced it on paper. She had fun painting it. I learned to stop freaking out when she went above the lines or changed the size of the individual dots. 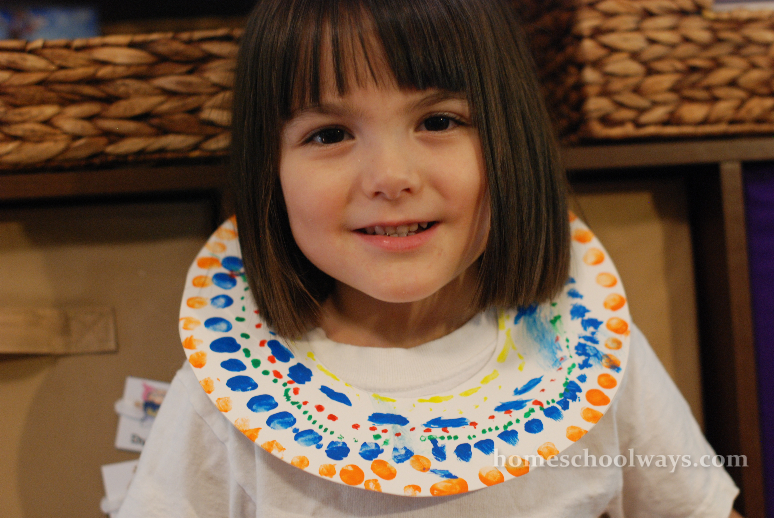 Then, she made a scarab amulet out of play dough. 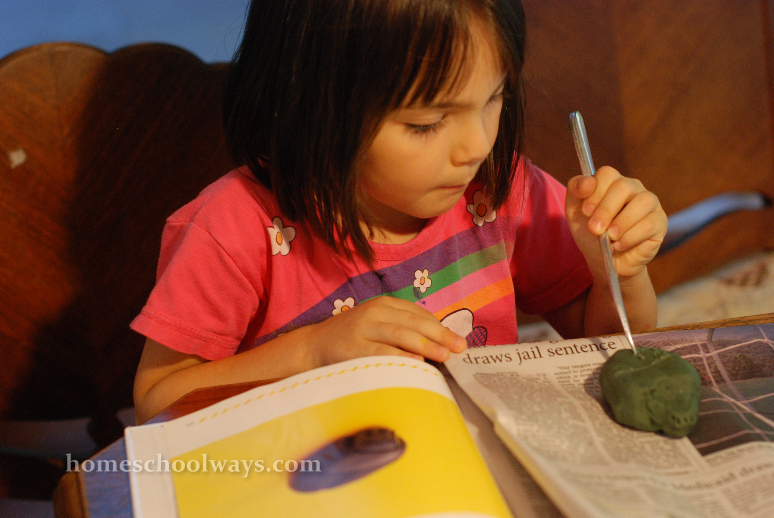 Making a scarab amulet out of play dough, using a letter opener to scratch the lines into it

I briefly read that page in the book and then, since my son was not interested in making one, I focused on working with my daughter. I felt we had covered Egypt enough for now and this was just icing on the cake if they showed interest. 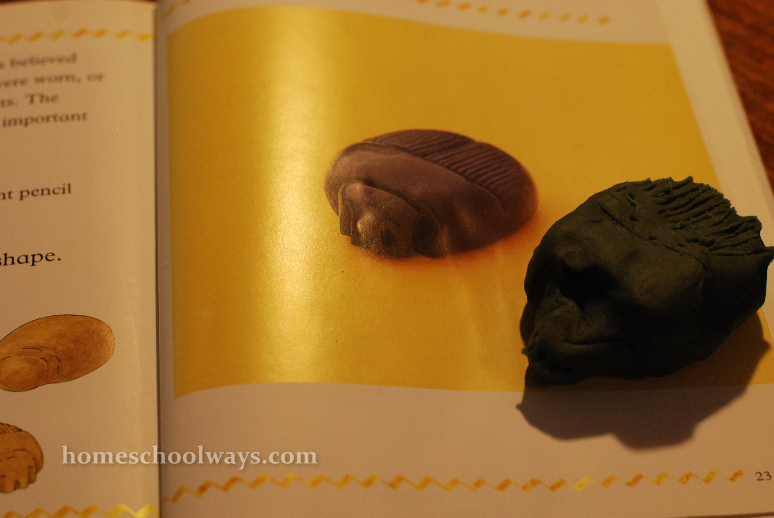 The finished scarab amulet, next to its original in the book

We are taking a couple of weeks off school, before we start gearing up for the next school year. However, we keep reading the SOTW literature suggestions and will make different history crafts. That’s not “school.” It’s fun!