My daughter, who is six, says that The Last Battle is her favorite book in all The Chronicles of Narnia. I don’t think it was my favorite, but it was definitely a great book to read. 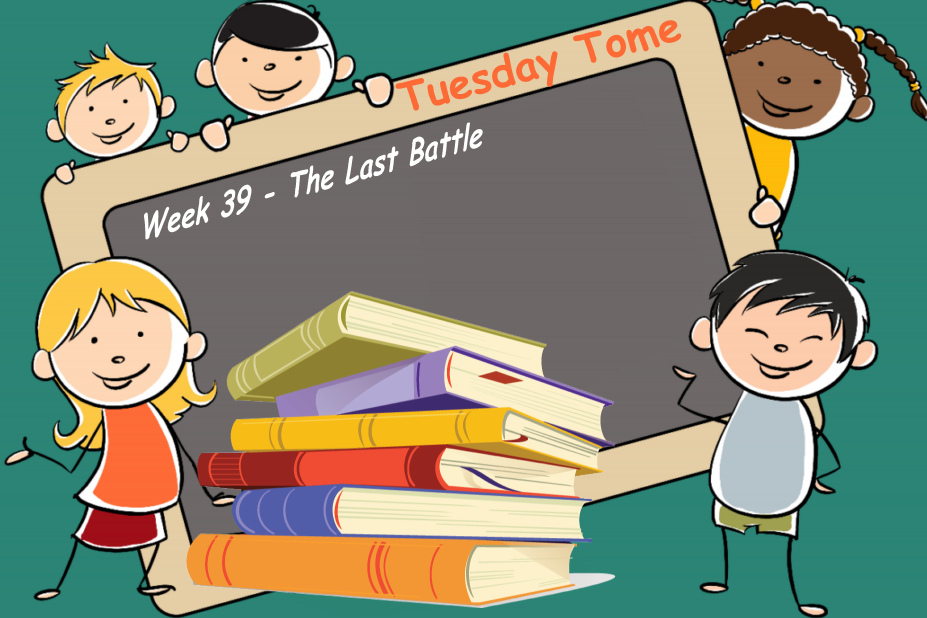 The allegories to the Christian journey continued and culminated with the last scenes where all the characters come back. We had to go back to the first volume to remember if the first king of Narnia, King Frank, was a policeman or a cabby (he was a cabby) because we had forgotten such details.

It was good to recount who was who and who did what and when. The children remembered more than I did, which is a good thing. I have enough things to remember as it is. Information overload is the story of a mother’s life.

One thing we have been doing more and more of is highlight humorous passages. For example, the kids laugh when a character says, “Hallo! What are we stopping for?” or “aii-aii-aouwee!” or “ow! ow! What d’you do that for!” They are beginning to take literature in and react and respond to different scenes and turns of phrases, the silly ones for now, but others later on, too, I am sure. That was my goal all along.

Further in and further up, the two commands toward the end of the book, are such metaphors. In our Christian walk, we are encouraged constantly to come further in (closer to the heart of God) and further up (raising our standards and conduct accordingly).

The whole confusion between Aslan and Tash should clarify once and for all – if anybody has ears to hear – the confusion between true religion and the false religions of the world. In mixing reality with the shadow of reality, C. S. Lewis reaches for Plato again, showing us his scholarship and power of synthesis.

Lord Digory complains, “It’s all in Plato, all in Plato: bless me, what DO they teach them at these schools?” While everybody laughs at his remarks, I am not laughing. Unfortunately, most schools these days have abandoned the classics for newer methods and play learning. I am not just referring to government schools but also to private Christian schools and some homeschools as well.

While Classical methods are on the rise among homeschoolers, many still resist the idea of a thorough, challenging curriculum which includes Greek philosophers. They refuse it in the name of Christ. There’s no arguing with such folks, either, because many of them have decided “pagan” ideas should not be shared with their children.

To each his own, but I have spoken with several mothers whose children walked away from the faith after they took Philosophy 101 in their freshman year in college. A little introduction (at the very least, in high school) to the ancient ideas that laid the foundation of the Western thought and civilization would have inoculated their children against unbelief. Just sayin’.