The children enjoyed Warlords of Japan or Chapter 5 because it is right up their alley with shoguns, battles, and the Japanese art of war. They take tae kwon do, which is Korean, but it’s martial arts and it comes from the Far East, so they feel the connection. 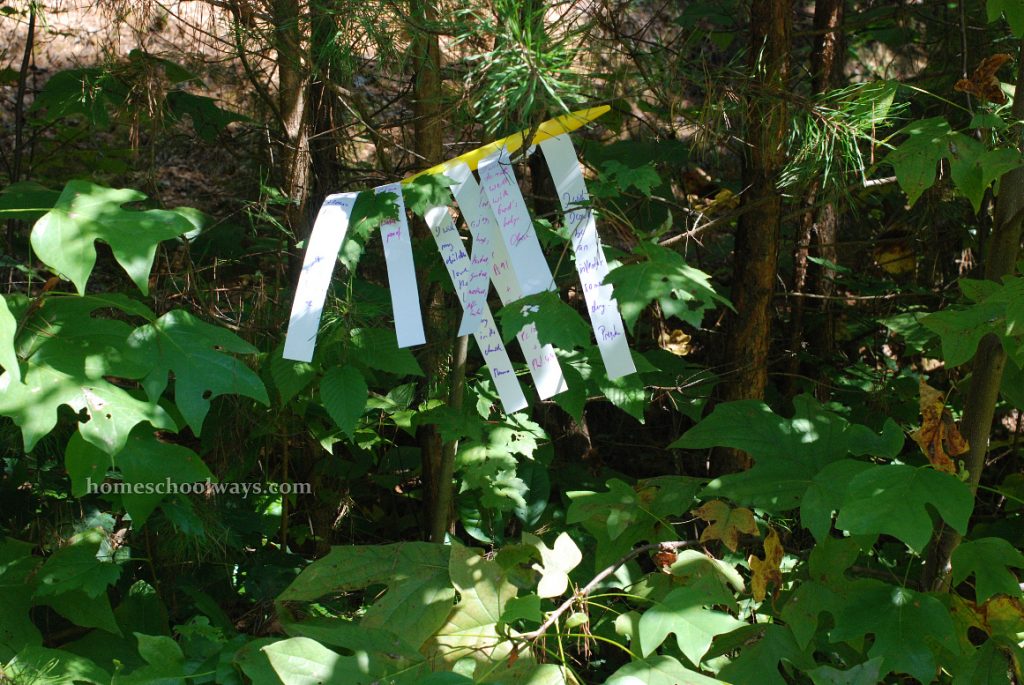 Of course, my heart skips a beat at all the violence in the chapter, but it’s history and the children need to understand freedom does not just happen. Throughout the centuries, no matter where you go in the world, there have been battles for freedom and control.

They learned new words like shogun (military ruler), daimyo (warlike noblemen), samurai (Japanese knights) and sumo wrestling. I showed them sumo wrestling on YouTube and they got embarrassed at the costume. They could not believe the size of sumo wrestlers, either. Welcome to the world and its many different cultures and traditional sports.

We made a wind poem. I asked each of the children to tell me some wishes. When they ran out of wishes, we wrote some silly poems on the remaining strips. The writing has to be done vertically, according to Japanese tradition, on narrow strips of paper. We then taped them onto a plastic rod and put it in a tree near the house.

This craft is recommended in the Activity Book. Japanese participating in the Star Festival used to write poems and wishes on strips and hang them outside. As the wind caressed the strips of paper, the festival participants hoped their wishes would come true.

Of course, we discussed the difference between superstitions and prayers. It was a good learning moment.