Chapter 8 is titled “Becoming Modern.” What a simple yet beautiful title! I pointed out to the kids that for most of history people have not lived with electricity, cars, trains, or time zones. It was a new concept for them. 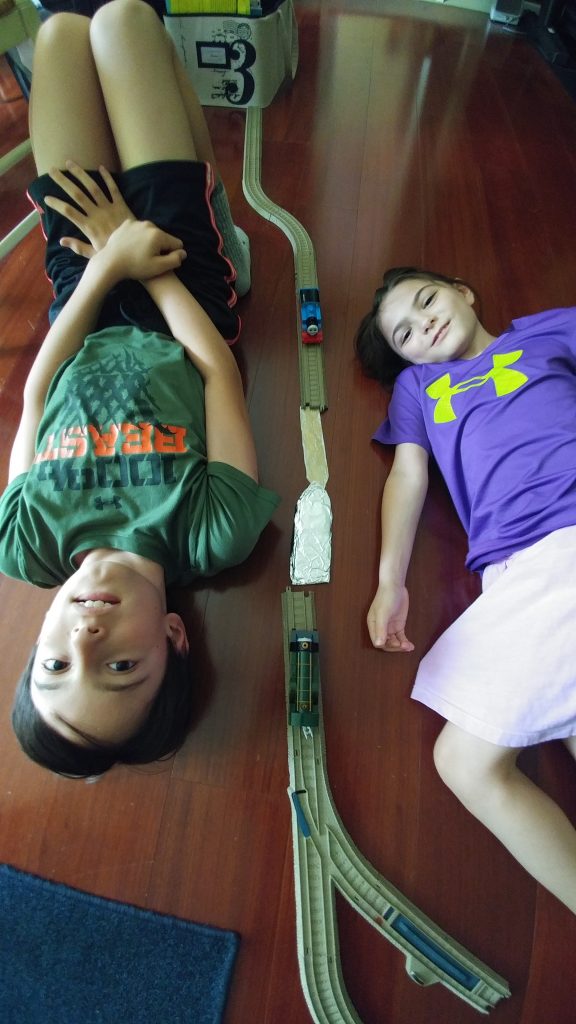 Gold and silver spikes to unite the two railways

There was a brief explanation about time zones and about light bulbs. I supposed this would be the moment to stop and read a short biography of Thomas Edison but we must exercise self-control. This time around through the Story of the World, we will not read extra books.

As I explained several times before, I am trying to get through volume 4 as quickly as possible so that we can start volume 1 all over again in the fall. My youngest is really young and I just do not want to get bogged down with too much information at this stage.

The second story was about Japan’s restoration of the emperor’s power. Matthew Perry is mentioned and I remembered how we placed a sticker of him on our timelines. Good thing we can reinforce these names and dates in several ways.

The craft we chose was the spike used in the ceremony celebrating the two lines of railroads meeting together in Utah. We made a silver one with aluminium foil and a gold one using a gold paint marker. We do not own gold aluminium foil and I was not about to get some just for this one craft, in the hopes that we could use it in the future for other things.

We brought out the toy train set and pretended to have a ceremony but not really. Just building the rails and putting the spikes in was all we did. I took a picture and voila! Chapter 8 is in the books.