Since 2013, when I started this blog, I have published 700 posts, which works out to be two posts per week and a bit – exactly what I promised and purposed to do back then. This is post number 701. Here’s to the power of grit and determination. 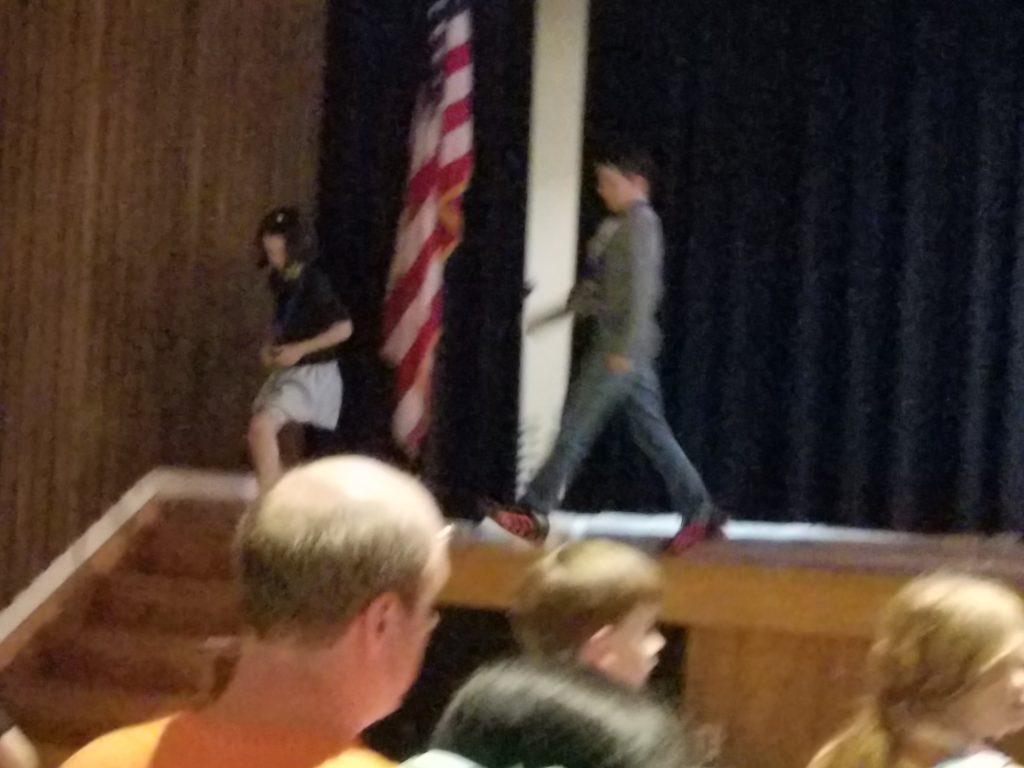 They left the stage in a blur after winning their gold medals.

Every team is coached by a homeschooling parent. Since even Susan Wise Bauer confessed she did not do a great job teaching science in her homeschool, I decided I should look for outside support in that area. In the process, our children would become a part of a team and forge some friendships. 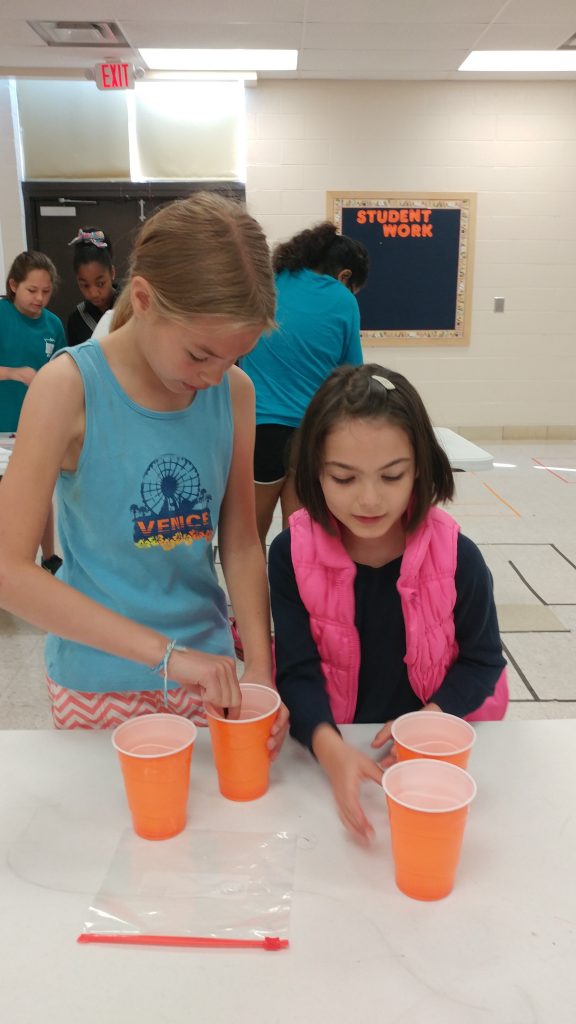 Our daughter (pink vest) and her team mate, making gunk for a bouncy ball

Once you pay a nominal membership fee, you get access to their Yahoo Group where most communication happen. They also have a Facebook page for the Science Olympiad. The most recent success is that their middle school team qualified for the nationals, beating all the public and private schools in Tennessee. How do you like them apples? 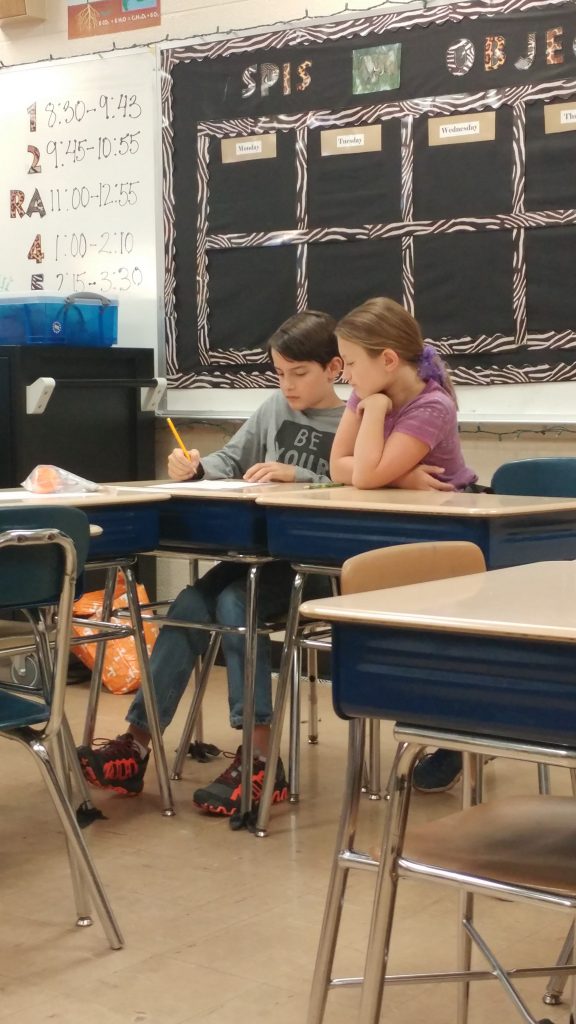 Our son and his team mate in Circuit Wizardry

For grade 3-5, Knox County schools organized a Science Olympiad which felt more like a play date. It was not intensely competitive. The kids chose their events and made projects. There was very little writing involved in the events. Most had no writing.

In aerodynamics, they had to build a paper airplane, test it, and then fly it for the judges. The longest flight won. In Circuit Wizardry, they had to build a circuit out of a bag of supplies. In Gunk, they built bouncy balls out of borax, glue and water and tested how high they bounced. You get the picture.

Our team brought eight students and ended up in second place by a small margin (1-2 points). All children won medals in their events. The first three scores in each event receive medals. Then, the totals add up and give the first two teams a trophy they can take home.

Cedar Springs Homeschool Group and three public schools participated: West Hills Elementary (they won), Amherst and Sterchi. The question is, where were the other elementary schools of Knoxville? Dozens and dozens of elementary schools with no team for the Science Olympiad. Private schools, where parents pay tens of thousands of dollars every year, decided not to show up. Why? I can only speculate but I won’t go there.

We left with three medals: our son got a bronze in Mystery Architecture and a gold in Metric Mastery. Our daughter was his team mate in Metric Mastery so she also received a gold medal. They also have the pride of having contributed to the team’s second place finish. They got such a boost of confidence.

Also, they became part of a team. They made fast friends with some of their team mates and we have play dates set up for the Aquarium and the Zoo – what else? These are future scientists.

Here I thought we did not do enough science this year, not enough experiments, not enough notebooking about the science that we did cover. Sometimes you have to come to these events and put things into perspective: good enough homeschooling gets children farther than fancy private or public schools.