Rome and the Christians or Chapter 39 brought up the subject of persecution. I have been enjoying ancient Rome up about until this point. Nero and all the Christian martyrs, not to mention how poor ol’ misguided Constantine and his Sunday law pretty much end all the fun I had with Rome. 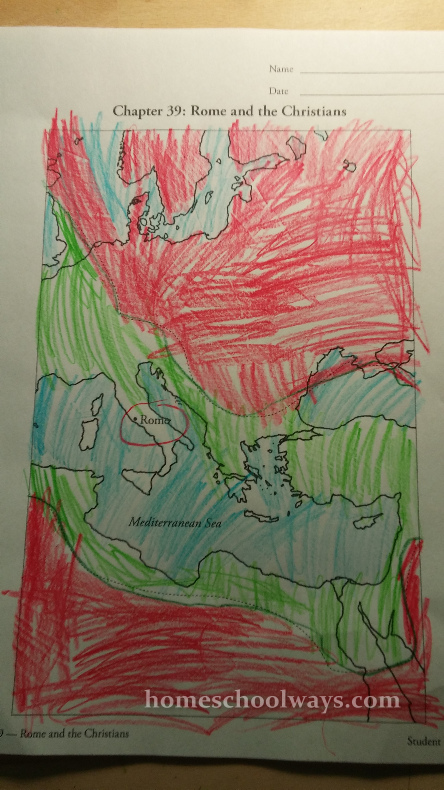 Map colored by my son

We made a secret symbol for our family. They kids got really excited and put it on daddy’s sink, for him to notice when he came by. Of course, it included the letter Z but I will not show you our secret family symbol, because it would not be a secret anymore, correct? 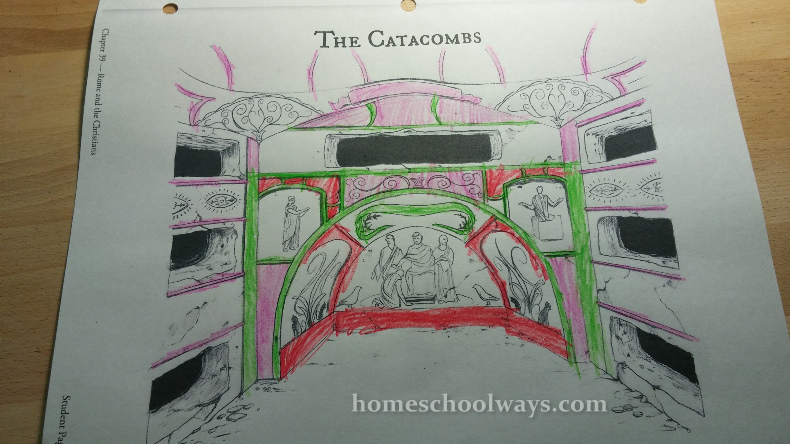 The catacombs made an impression on my children.

I was not sure the kids understood the concept of an underground church or movement, as I read to them about the catacombs. But the next day, my son begged me to help him dig an underground secret passage way. “OK, I think he’s got the idea…” I thought. I explained to him I had no desire to dig around in our backyard, but he was welcome to it. I knew he would give up after five minutes of digging. I was right. At least he understood what it takes. 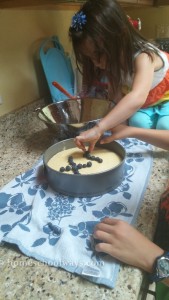 X P – the first letters of the name Christ in Greek 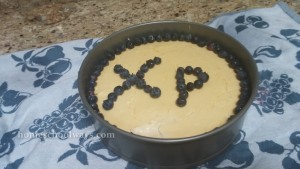 We also made a delicious “shield” for Emperor Constantine: a blueberry cheesecake. I followed a healthier recipe, not the one in the book. One of these days, I will sit down and write a cookbook. Someday. Sigh. After we decorated the shield with the first two letters from the name of Christ, just as Constantine had done, we used a blueberry topping for each individual piece of cheesecake we cut up.