Chapter 38  is titled The End of the Ancient Jewish Nation. I read the story to them and they colored the map. They also colored the flag of Israel. I pulled up the Israeli flag on Google Images, so they can see how to color it. Later on, I noticed that the Activity Book specifies the colors needed. 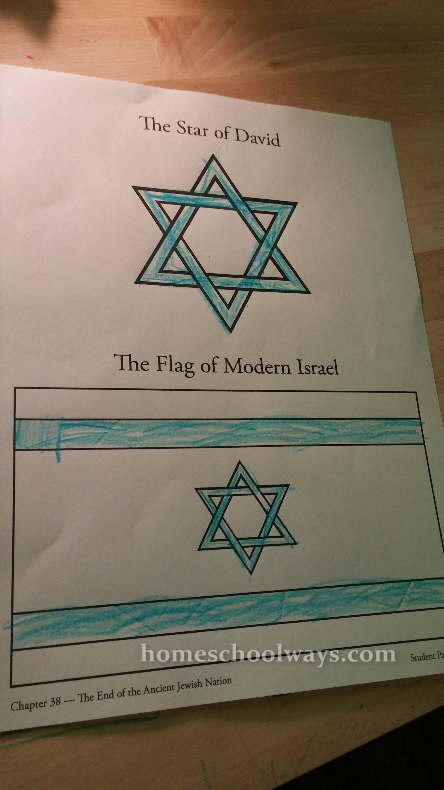 The Star of David and the Israeli flag, colored by my son

I would like to make latkes, but lately we have been making doughnuts and other fried foods a bit too much – too much for us. I need a break from grease for a bit. I don’t like to fry food anyway. 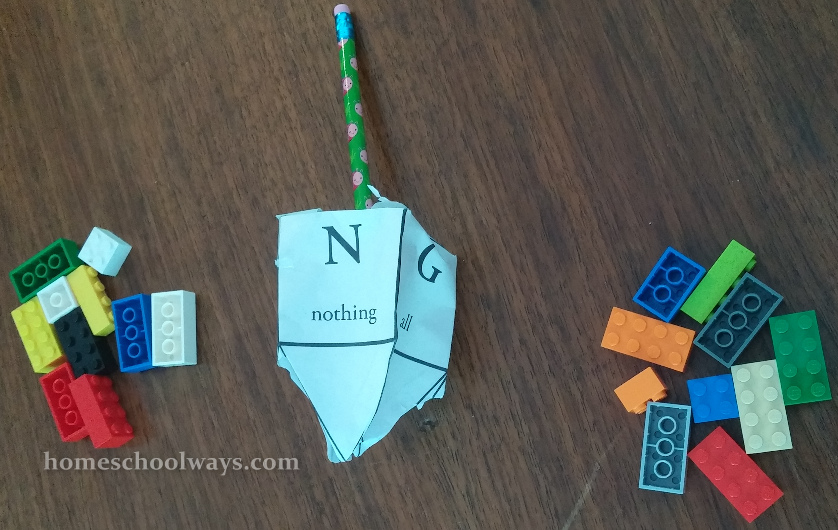 We made our dreidels and played the game. It was really fun. We had never played dreidel before. We used LEGO bricks. Somehow, the dreidel fell on All or Nothing most of the time.