Last week, my children attended Soccer Camp. The official title of this event was Elite Camp and it was organized by Smoky Mountain Soccer Academy. They met Monday-Friday, 9am-11am.

My daughter (red shirt) with her age group and Coach Zach plus assistants.

The weather was nice. We had two days with overcast skies, so the sun did not beat on us too badly. However, my children still got quite a tan during the rest of the days, despite the sunblock I applied on their faces, arms, and legs.

They split the children in several age groups: 3-6, 7-9, 10-13 and high school. Since my daughter is six and my son is eight, they were in separate groups. Some of the coaches were originally from England, former players in the Premier League, but they coach at high school and college level here in the US right now. We enjoyed listening to their British accent, of course. It makes you want to get on a plane for London just to immerse yourself in those sounds for a few days. 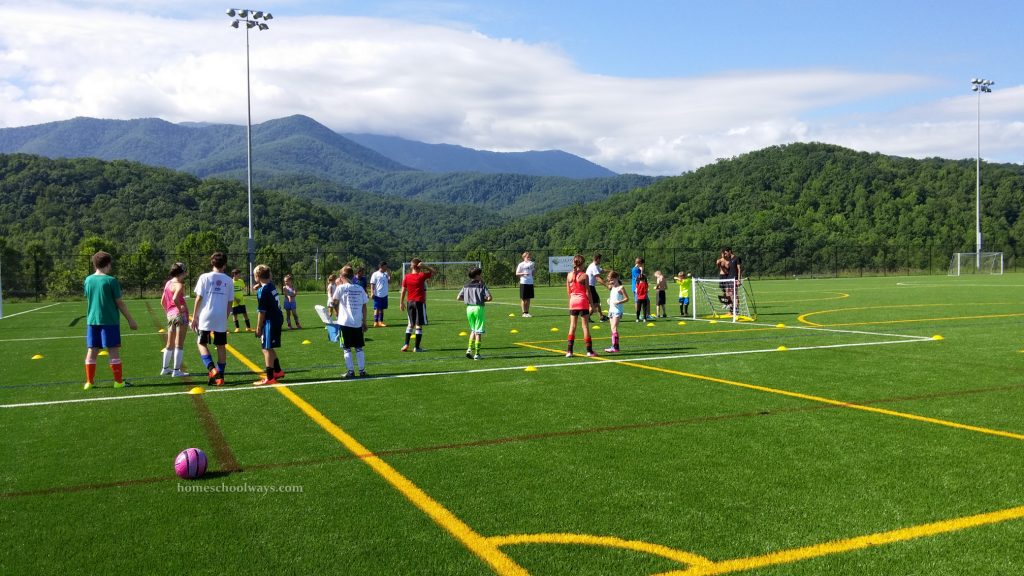 Water balloons were a hit, especially as the sun came out in full force by 10am.

The kids learned a lot about soccer and loved running around and making new friends. The coach for ages 3-6 played an amazing array of games with them. Games about sharks, pirates, giraffes, all sorts of things – one would never know this was about soccer if one was not watching. 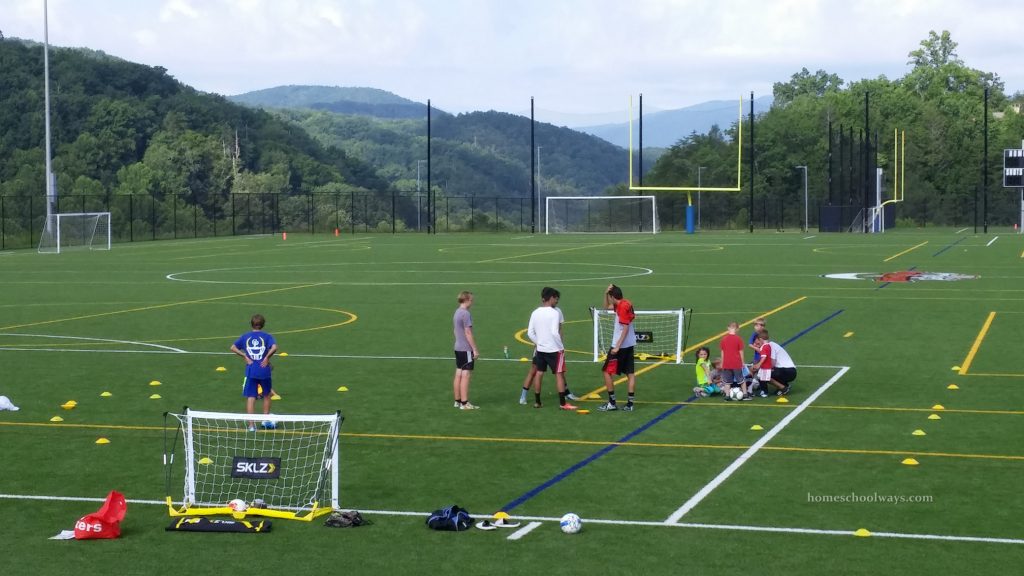 Lots of assistant coaches for the youngest players

This young set of players loved it, of course, and poured their heart out to play these games, probably not even realizing they were learning to dribble the ball and do all sorts of soccer tricks. 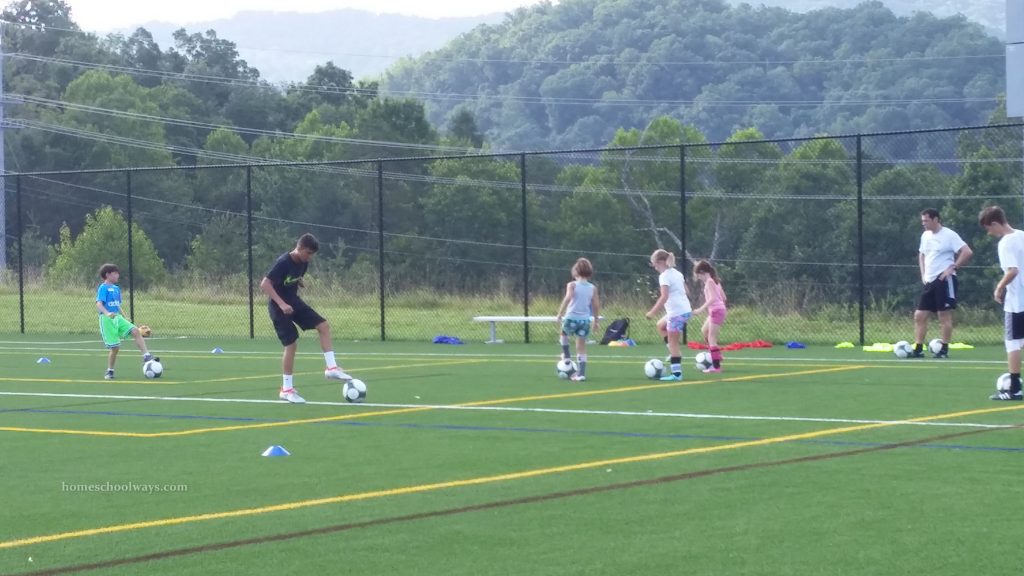 I made some new friends on the sidelines as well. I met some wonderful parents who love their children very much and we had stimulating conversations about educational choices and how the direction of the American educational system has gone downhill since John Dewey came onto the scene with his progressive ideas in the 1930s.

Great fun was had by all and we shall return to Smoky Mountain Soccer Academy for their fall semester.

One thought on “Soccer Camp”