Just in case you did not know, at ReverbNation you can listen to free music created by people who are not rich and famous yet. Their songs are lovely. They speak about the human condition more so than the tunes that sell millions of records and win Grammy awards. 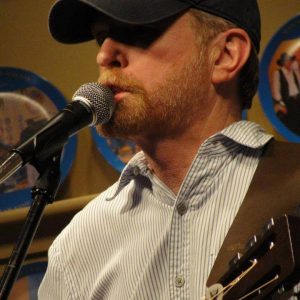 You can find country, folk, acoustic, alternative, pop and all kinds of other styles of music. Today, I would like to feature an artist I know personally: Edgar Allen Lee. We call him Ed. He and his wife homeschooled their children when it was not cool to homeschool, through the late 80s and 90s. Their son is a lawyer and their daughter, who has a college degree, works in the administrative office of an American symphony orchestra.

Moreover, the Lee children have grown to become good Christian adults. Their mother, Lisa Lee, told me that her main goal in homeschooling them was to help them become her brother and sister in Christ. Ed and Lisa are wonderful educators who help others homeschool their children, too. You see, they work for the Berean Christian School Homeschool Umbrella Program in Knoxville, TN.

Ed is the coordinator of the Independent Study Program at the high school level and Lisa heads the K-8 homeschool program. We are registered under that umbrella program and that’s how we met and stay in touch with them.

Back to Ed’s music. You can listen to his songs in audio form only or watch some of them on video. Most of the songs talk about the beautiful nature of East Tennessee, where Ed grew up, and a simple way of life. For those who long for a less stressful existence, these songs are very inspirational.

There is a purity in the melody line and the words which cannot be denied. I believe it stems from the sincerity of the artist. One song deals with how Ed’s father became a deeply committed Christian and left alcohol behind, for instance. Merry As In Jesus (Not In A Bottle of Whiskey) touches me deeply because my own father had an alcohol problem. My sister and I never received Christmas gifts and lack of money was the excuse every time. But somehow there was always enough money for my dad to get drunk 52 weeks out of the year.

My father never overcame his alcoholism. In fact, it killed him. While it’s very sad, there is healing in knowing that God loved my father and knew his heart better that we did. God understands my father’s decisions and who am I to judge? I have left my father’s eternal destiny in God’s hands. God is good and I trust His ultimate decision about my father will be the right one.

A song like this, about Ed’s father’s victory over alcoholism, is therapeutic to me. To see others can break free from their drunken days through Jesus inspires me with courage and a desire to pray for others who are still clinging to the fellowship of the bottle.

If you ever deal with the death of a friend Samuel’s Song would be the song for you. Headed Up the Valley was written in the 70s and then completed in the 2000s – about what people did in Pikeville over the weekend. Daddy Joe describes Ed’s great grandfather, who provided for his family through hard work in a coal mine. My Family paints a touching portrait of the Lee family. Sweet Sixteen deals with the feelings a father experiences as his daughter turns 16. And there are other precious songs for you to discover in Ed’s repertoire.