A lot has happened for us since school ended in May. Among other things, our son finished the third and last installment in The Adventures of Stickgamer135 series, The Strike of Era17. An unofficial Minecraft series for children ages 9+, the series opens up with Book 1, The Knight of Asper, and it continues with Book 2, Battle with Herobrine. The series ends with Book 3, The Strike of Era17. 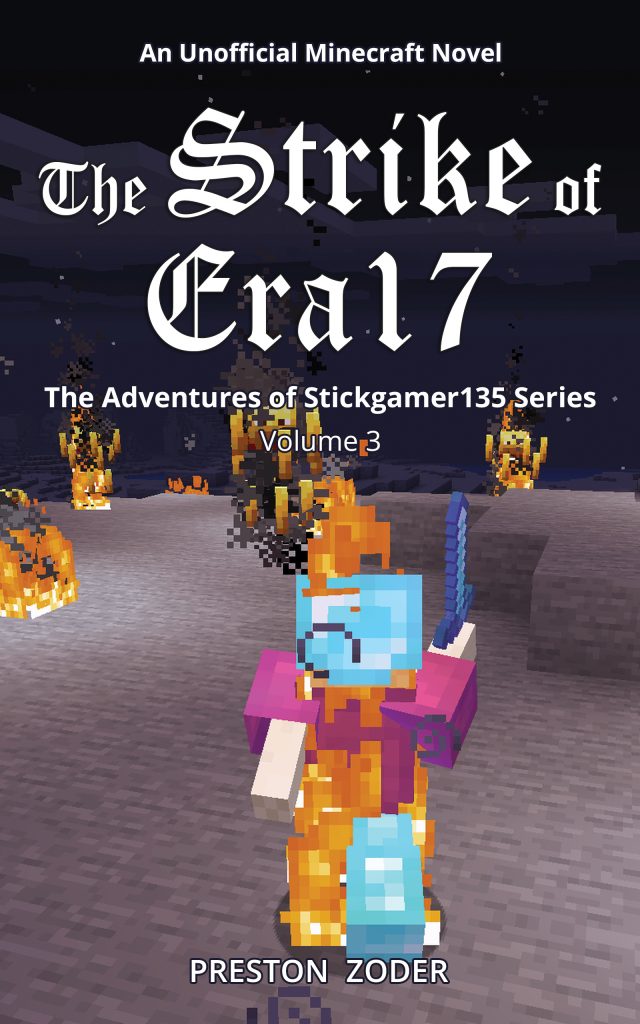 The Strike of Era17

For their own sake, we limit the time our children spend playing Minecraft. Moreover, they do not play against other players. Also, we talk to them on a regular basis about video game addictions. Technology in general has a way of pulling people in. We want to make sure our children know the risks of screen time.

Our son surprised us when he started typing page after page, announcing that he was “writing a book.” I told him I would edit it. In all honesty, I did not think he would finish the project. He was, and still is, only 11. But I thought it was neat that he felt inspired to create a whole new world and a story line.

One thing lead to another and I had to spend the Christmas holiday editing his first book. A few months later, he finished the second one, and then the third, The Strike of Era17. I showed him a few things about writing, grammar, and punctuation. Overall, I was impressed with how much he already knew.

In case you want to know, we have read a lot of books: 1,000 titles before kindergarten and hundreds since then. Writers are first readers. You cannot expect a child to create if you have not first filled his mind with story after story. For our writing curriculum, we use Writing with Ease and Writing with Skill, both by Susan Wise Bauer.

One thought on “Our Son’s Third Book”