The University of Tennessee in Knoxville runs a program called Kids U Summer Camps every summer, i.e. courses for children grades 3rd-12th in diverse fields. From computers to arts and cooking, your child can study a new field or deepen her knowledge of a field she already likes. 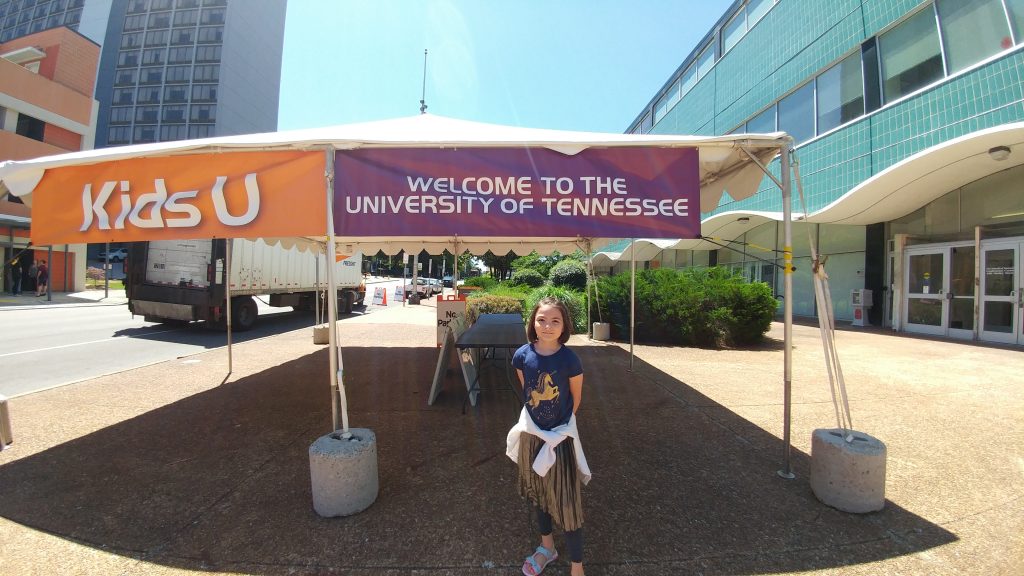 Our daughter on the first day attending App Attack

Kids U Summer Camps demand a lot out of me. I have to drive two hours both ways to get there. But we do it anyway. Kids U courses happen for one week, Monday-Friday for three hours every day. This translates to a five-hour day at a minimum for us.

Parents may not come into the classroom except for a few minutes at the beginning of class to get their children acclimated, if needed. That means I have to drop off one child and find something to do for me and the other child for three hours. We have not yet found courses they both like and which happen at the same time. 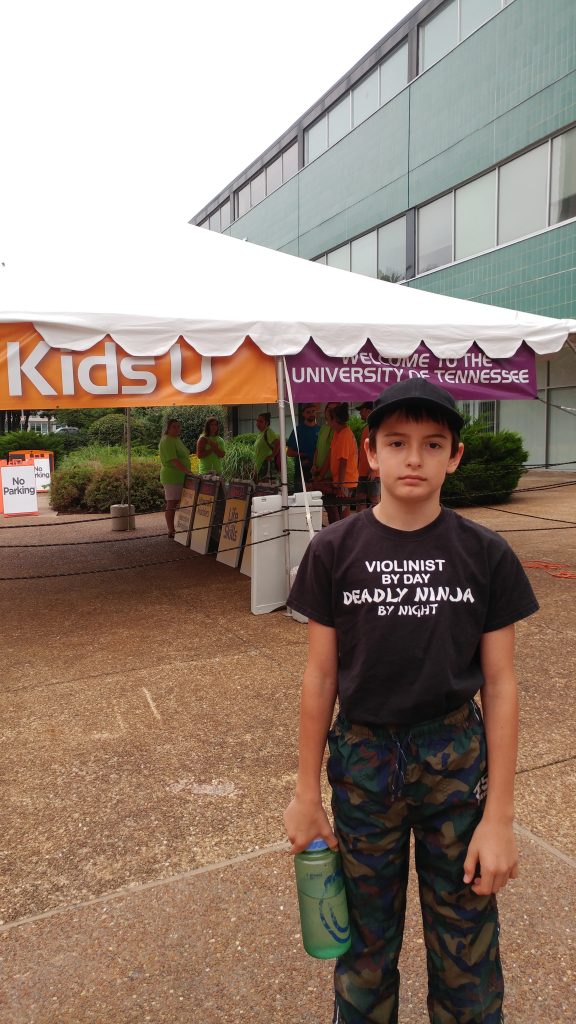 Our son on his last day of Minecraft Modders

Knoxville offers plenty of things for us to do, so it works out well for everybody. One day we go to the Zoo, another day to the World Fair Park where we can splash in the fountains. My child splashes more than I, as I do not want to take any space from all the children who come there. Yet another day we go shopping at Trader Joe’s, and another day we run errands etc. 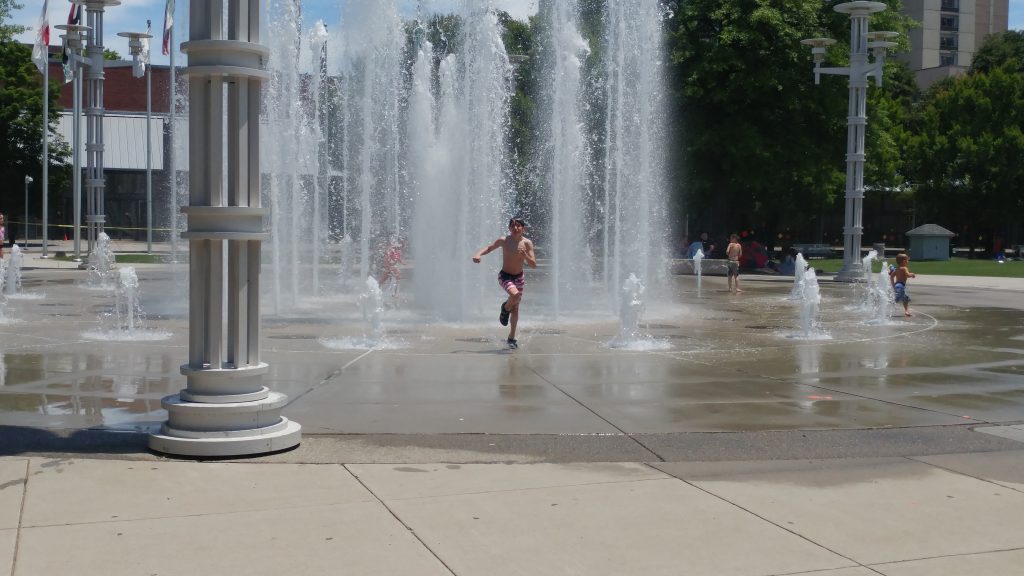 Our son having fun at World Fair Park Fountains in Knoxville

This is our second year attending Kids U Summer Camps. Our son too App Attack last year but our daughter stayed with me, as camps start in 3rd grade. This year, she too attended App Attack and learned how to build an app. At least, she got an idea of the kind of planning and thinking one must do in order to build an app. 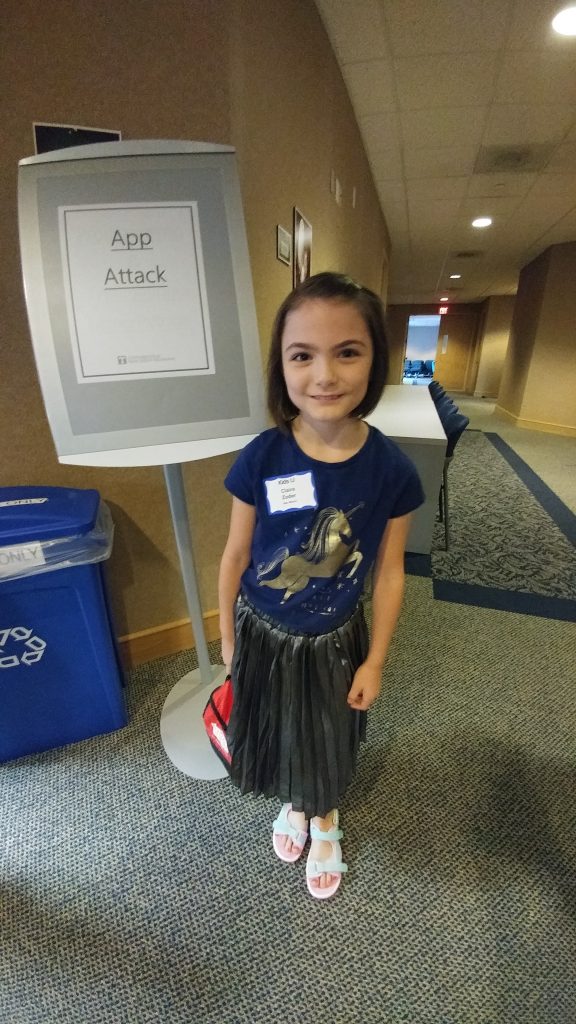 Our son decided to take Minecraft Modders this year, so he deepened his knowledge of the Minecraft environment. By extension, he learned more about the user experience for any video game. Video games trigger many feelings in many parents.

Video games may not seem like they push human civilization to new heights. I can think of some positive aspects. They have some recreational value, especially on a rainy day. If they are math games, your child gets to practice her math facts.

One must to keep addiction at bay though. Also, it helps if they are not just about shooting down other players. 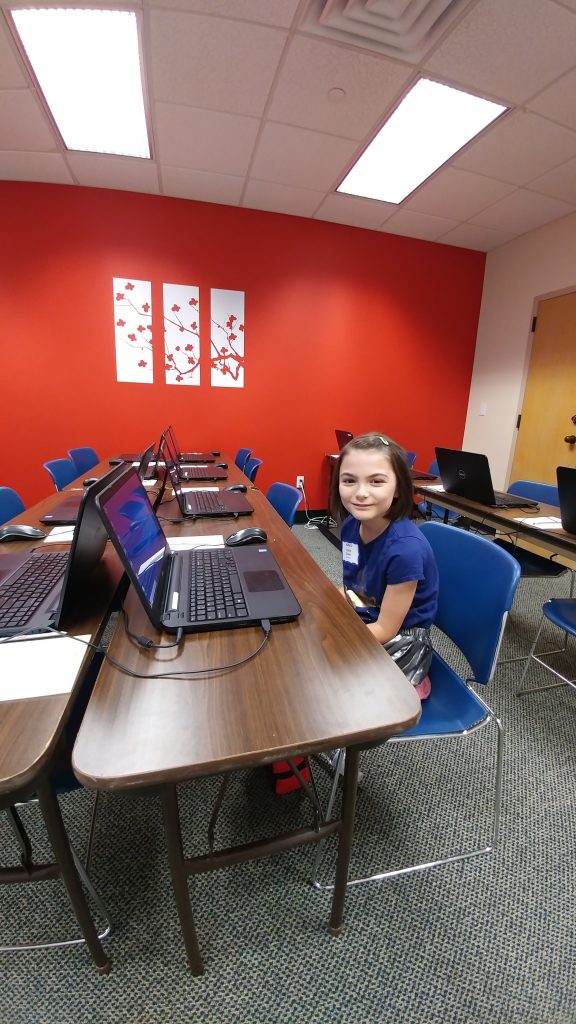 Many medical devices these days come fully computerized. Learning how to work in the virtual world of video games actually gives future doctors and technicians an advantage.

Video games can also spawn a desire to learn programming and coding. Our children have been using Scratch, MIT’s learn-to-code website for two years now. Far from being addicted to video games, they build their own games and share them with users all over the world, as they learn from each other.