The University of Tennessee in Knoxville organizes a summer program for children called Kids U. I suppose “U” stands for university. This program is comprised of many different individual classes which can be taken separately or together, depending on your goals, budget, and schedule. The youngest children involved are rising third graders. A rising third grader is a child who just finished second grade and who will attend third grade when school starts again. 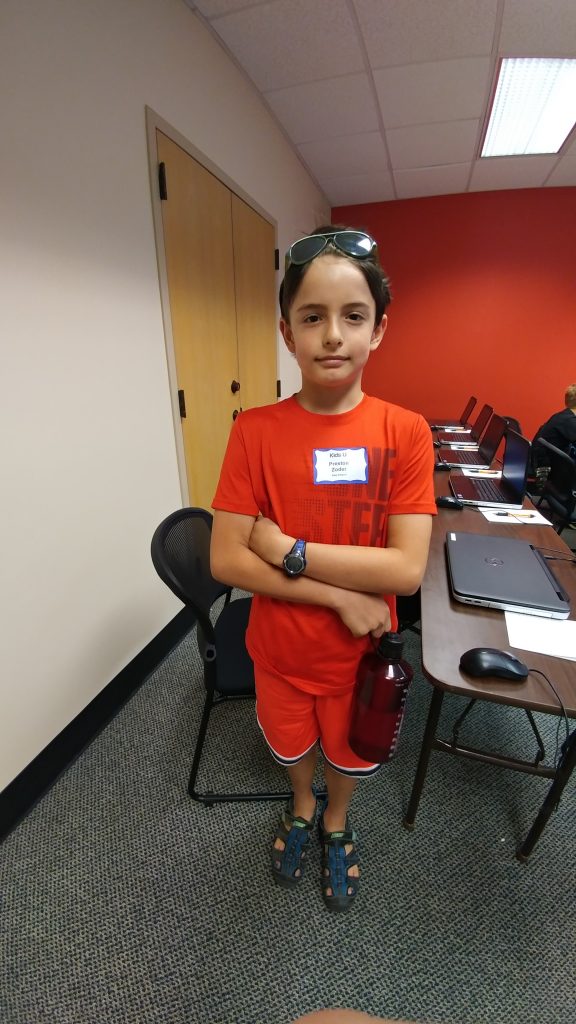 Our son on Day 1 of App Attack, at the UT Conference Center

Our son chose a class called App Attack. As a rising fourth grader, he qualified for this class. As a rising second grader, our daughter was too young to attend Kids U, so I took her to different other places while we waited for him to be finished with his class every day.

App Attack seemed like a great fit for our budding computer programmer. He was very happy every time I picked him up, because he was learning new things on the computer. He worked with a partner but midway through the class his partner quit the class altogether, and so they gave him a new partner – a young lady. Apparently, she called the shots, which is funny, because this is how the real world works. Girls call the shots, right?

They built an app together and he suggested a couple of ninjas in there. She did not even want one. He also suggested some other things related to war and fighting and she would have none of that. It is funny to me to see how he had to work with this girl to please her. He is learning teamwork. 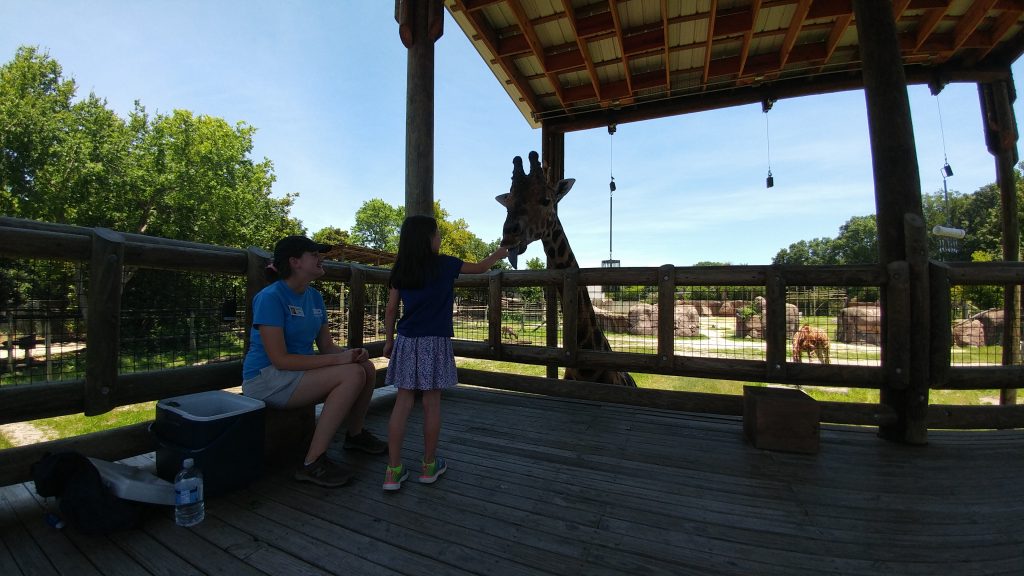 Our daughter fed the giraffe at Zoo Knoxville

One other good thing that came out of it is that he saw children who mocked the teacher and messed with the teacher by intentionally acting stupid. Our son said one particular boy kept asking the same question, claiming he did not get the answer. Finally, our son asked the boy, “Are you trying to create trouble?” The boy nonchalantly replied, “Yes, that is exactly what I am trying to do.”

Oh, and on day 2, the teacher gave them a lecture, a stern lecture, about their behavior. Apparently, too many of them were horsing around and not paying attention. I listened to his description of this situations and I emphasized to him that this is what regular school would be like. There would be 25 other kids in the class, each with their personalities and issues and the learning would be very slow because of discipline issues.

He understands. He knows homeschooling gives him more time for the things he really likes. I don’t think I have to worry about him asking to go to regular school any time soon, if ever.

One thought on “App Attack Camp”