My plan was to spend at least two hours outside today. We are playing catch-up with time outside.

It has been raining lately and I have been busy with different projects, so I did not make outdoorsy time a priority. My children play so well indoors, away from screens, and I did not want to deal with bugs and/or DEET and sunscreen (there, I said it!) – it was easy to forget how important it is for them to be outside.

Well, we ended up spending five hours. We left after two hours because I had a planning meeting with other Sevier County Homeschooling Group moms, then they had swims lessons. On the way back from swim lessons, we stopped at the park again, for almost three hours.

It’s called Mills Park and it has a playground, a covered pavilion with picnic tables, several benches, a creek running by, a disc golf course, restrooms, outdoor sinks, grills and a wonderful grassy hill, perfect for rolling down on.

My children rolling down the grassy hill at Mills Park

I don’t know why we don’t go to Mills Park every day. We should.

Oh, I know why. Because I used to be really bothered by their getting wet in the creek or muddy in the puddles around the playground.

I have since transcended that. The more I read about how time spent outside helps children reverse myopia or not develop it at all, the more I want them to spend time outside – no matter what the cost. That’s why we do laundry, right?

The more I read about how time spent outside helps children do better in science, the more I want them to explore and dig and analyze and take note of bugs, bees, trees, birds and everything in between.

Today I heard a mother scold her toddler rather harshly about his getting in the muddy area. I cringed but looked down at my shoes because that mother used to be me. My kids could not help but notice the scene. It was rather embarrassing for all parties involved, but the mother was relentless. I said a quick prayer for her, that she may allow her little boy to get a little dirty – it’s good for him.

Here’s what I have observed about kids in nature: they don’t need toys. The playground gets them started, but they use it differently after a while. Instead of going down the covered slide, for instance, they straddle it. They go up and down on top of the cover. I try not to panic. The ground is soft.

I did bring a soccer ball and it helped break the ice with one boy in the morning and another one in the afternoon. But the ball got put up after the second boy brought his puppy out. The kids let the puppy chase them and ran around on the grassy hill for almost an hour. 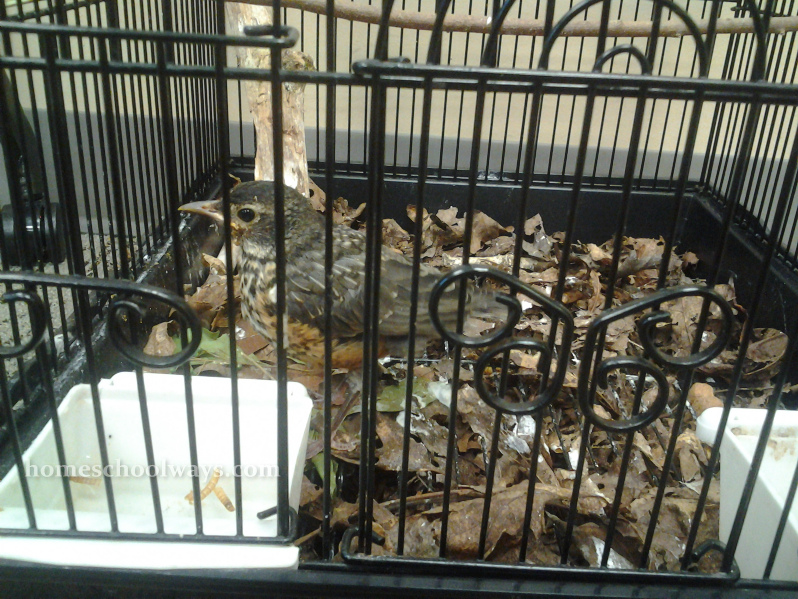 Through it all, they learned some science. They observed “small fishes” in the creek. I told them they were tadpoles.

My son came to the bench where I was sitting with my book and grabbed the water bottle. After he quenched his thirst, he tilted the bottle and took a good look at it. “Mommy, why does the water stay flat even though I tilted the bottle?” I explained about gravity and the state of being liquid.

We noticed a cardinal on a power line. He was busy singing and we could see him open his beak and hear him at the same time – always a special treat.

During my planning meeting, which happened at the Sevierville library, somebody brought a small bird in a cage. My children observed it and played with it the way you can play from just outside the cage. I asked them how many “fingers” the bird has. My son said, “Three.” A few minutes later, “Mommy, I was wrong. There are three in the front and one in the back.” I congratulated him for good observation skills.

They should sleep well tonight after this day spent mostly outside.