Nathaniel Hawthorne’s masterpiece is set in Puritan New England. If you, like me, have only seen the movie, you should really consider reading the book. I have said this before and I will say it again: there is no comparison between immersing yourself in a book and watching a movie adaptation thereof. 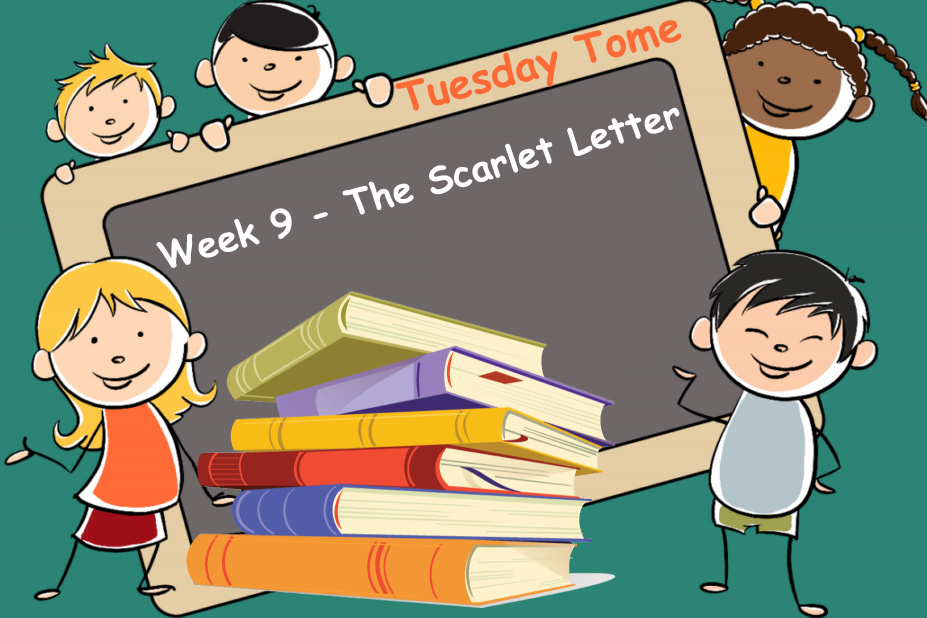 This is only 272 pages, so it’s not as intimidating as Don Quixote or Anna Karenina, so really there should be no problem from that standpoint. If you are familiar with King James Bible language, again, the dialogues in this book should not pose a problem. It is actually very neat to read something in that kind of English which is not the Bible – though Scriptural references are peppered throughout.

Hester Prynne and her daughter, Pearl, as well as the rest of the characters, evolve through the book, which stretches over seven years. She is, of course, found pregnant well after her husband has gone to sea, and must wear an “A” for “adulteress” embroidered on her dress at all times.

When the Puritan leaders consider they should take her daughter so they can educate her instead of her own mom, it made me think of compulsory education laws. Thankfully, we have options in the US, as homeschooling is legal in all 50 states.

I liked the metaphors hidden in the names: Hester’s husband is “Chillingworth” as if he is worth a chill coming down your spine every time he appears in the book. Pearl’s name refers, of course, to the pearl of great price – Hester has lost everything in this life as she gained Pearl.

I found the book heavy in atmosphere but rather realistic for I have been exposed to Puritan-like environments. And I have seen the kind of humiliation inflicted on Hester in these “holy places” although not for adultery and not in the form of a scarlet letter. I would rather not give details but suffice it to say that Hawthorne is not far from the truth and, unfortunately, these attitudes still prevail in the 21st century in some places. Is it any wonder that some have been turned away from faith because of such people?

Pearl’s personality is identical to that of one of my children’s. This is why we read books: so that we can put into words our reality. I would have never known to describe this child of mine as being elf-like or impish or fairy-like, but Hawthorne helped me out and for that I am thankful. When we can put something we experience into words we own it and know how to deal with it better.

All in all, a classic read and very much worth your time. Here and there the writing gets a tad difficult but then, out of the blue, you find a pearl – a truth about human nature, for instance. But then you knew that reading is like mining for gold, right?

One thought on “Tuesday Tome Week 9 – The Scarlet Letter”