Reading The Scarlet Letter followed by Uncle Tom’s Cabin is like going from a lake to a deep well. If you don’t get this metaphor, it simply means you are not Romanian. In English, the equivalent would be “going from bad to worse.” I am referring to the atmosphere of the book, the subject matter, the darkness portrayed. I sure do need a funny book after these two. 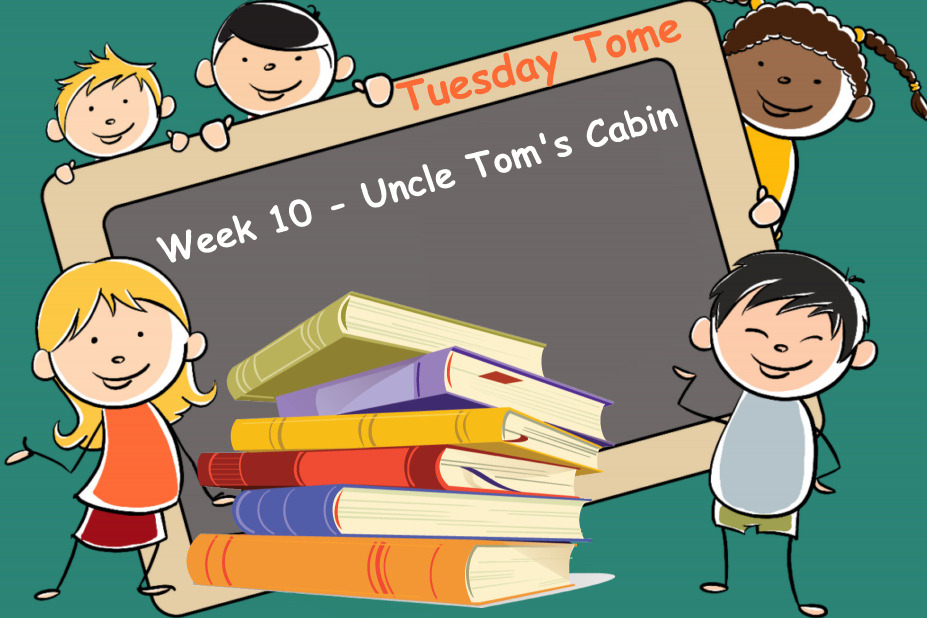 My biggest revelation with Uncle Tom’s Cabin was the fact that they used to separate family members. I cannot imagine any bigger torture than to take a child from her mother, or to separate husband and wife. That was the toughest part in the book for me.

I knew about the humiliations and physical violence through which slaves had to go. It is a dark, dark period in the history of the US. Unfortunately, they say there are more slaves now than ever in the history of human civilization. An episode of Brinkman Adventures reminds us of children slaving away in sapphire mines, for instance.

Harriet Beecher Stowe makes it clear in her concluding remarks at the end of Uncle Tom’s Cabin that she did not want to write or even think about slavery for many years. But then she kept hearing story after dreadful  story and she realized the North needed to wake up and open their eyes and not turn away from the human suffering happening in the South.

They say this book influenced American history and the abolition of slavery more than any other book. I can see why, even though the horrors are not graphic. For a person living in 1852, who has never watched a movie rated R for violence, the book was surely shocking. For somebody living in 2016, who has been desensitized by mass shootings and other daily horrors reported by the media, the book is mild.

Uncle Tom reminds me of Job – long-suffering, steadfast in his faith, hoping against hope, doing the smallest act of kindness to those worse off etc. He is also a figure of Christ Himself – as Uncle Tom pays with his life for the life and freedom of others.

The numerous biblical references make the book very powerful. If you are studying American history with your children, this book should definitely be on the list of literature titles. It is the perfect example of literature acting as an agent of social change. There is also the apocryphal Lincoln quote when he met Stowe at the start of the Civil War: “So this is the little lady who started this great war.”

The more recent connotations of “Uncle Tom” being an African American who is too eager to please white people were never the initial intention of the author. They stem out of stage productions of Uncle Tom’s Cabin, over which Beecher Stowe had no control, and from the Black Power movement of the 60s and 70s. Stowe’s goal was to portray Tom as a noble hero.

Sentimental novel, political novel, feminist novel, protest novel – call it what you want, but I believe adults should expose themselves to this book. If you read it as a child or teenager, you will be surprised by the new elements you see in it now that you are more mature.