Anthony Doerr is quickly becoming my favorite writer. Last year, I read “All The Light We Cannot See” and was really touched by it. Now I know it was not just the plot, it was also the way Doerr writes. Because “Four Seasons in Rome” is very different from “All the Light…” You see, “Four Seasons…” is a travel memoir, while “All the Light…” is a work of fiction, a novel.

Two very different pieces, connected by the same author. It is clearly his writing that can turn any story, true or fictional, into an experience that enriches life. His writing grips me and haunts me and helps me see life differently. It inspires, energizes, and changes my perspective on the banal details of life. No wonder Doerr has received several literary awards, including the Pulitzer for “All the Light…” and no wonder he was named one of the 20 best young American novelists by Granta. He is that good. 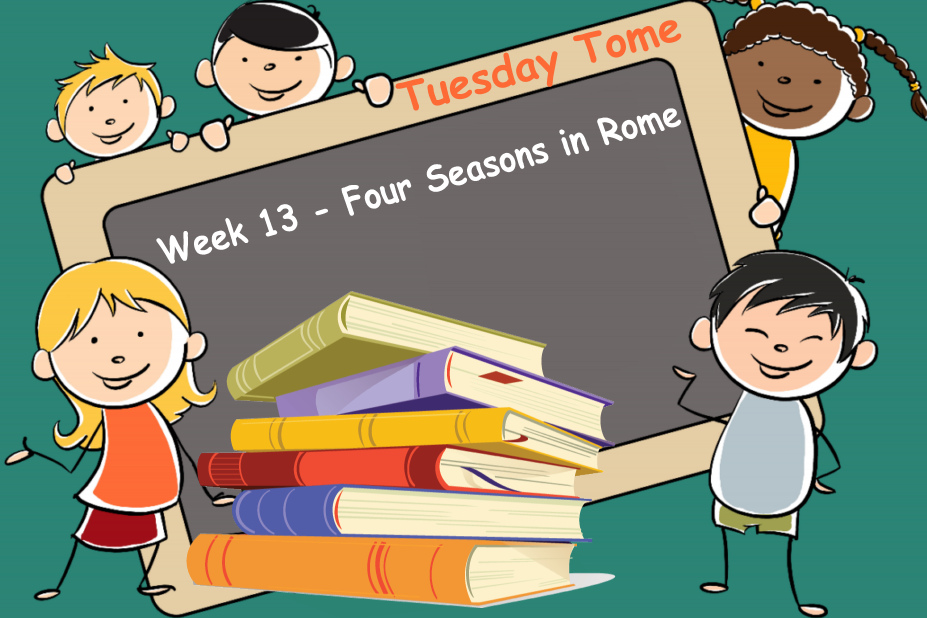 The subtitle of “Four Seasons in Rome” is “On twins, insomnia, and the biggest funeral in the history of the world.” So what is going on? The day Doerr’s wife gave birth to twins, they received an envelope in the mail, offering him a fellowship to live in Rome for one year and write something. Anything. The offer came from the American Academy of Arts and Letters. How could they say no?

The parental experience gets described in a funny and realistic way, with its peaks and valleys. The insomnia – the same. I had some harrowing times with my children when they were babies, so I can totally relate. I can only imagine twins are double the output. In fact, his wife faints once, having become dehydrated and completely exhausted.

The biggest funeral in the history of the world is that of Pope John Paul II. He died while Doerr lived in Rome with his family. So yes, the book happened in 2004-2005. Doerr describes the scene as he experienced it from Rome. Their apartment was 500 yards from the Vatican.

Rome itself gets written about beautifully, from architecture to modern traffic, to food, wine and the old people’s reaction to the twins. Che belli! Che carini! (What beauties! What cuties!) I can hear Italians saying those words, too.

It’s a funny thing, I met my husband in March 2004 and since it is March right now, we have been reminiscing about some of the things we were going through in 2004-2005 as we were getting to know each other and decided we should spend our lives together. This book paralleled these discussions with my husband, as Doerr goes through the horrible tsunami of December 2004, some of the details of the Iraq war, and the whole process of choosing a new pope.

This book only makes me want to read more of Doerr’s productions and I am in luck, because the gentleman has written several other pieces. You will probably hear about it right here in the next few months.