We finished our spelling curriculum for the year and I am pretty sure we will start on the next level, even though it is marketed to second graders. (My son is still in first grade.) It’s not that I want to rush him through knowledge. It’s just that this curriculum is rather basic and several experienced homeschoolers consider that the next levels can be easily done in earlier grades. 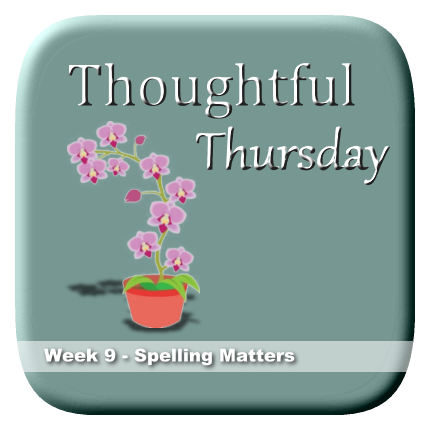 For spelling, we decided to go with Spelling Workout, one of the recommendations from The Well-Trained Mind. At first, I thought this curriculum had three strikes against itself:

1. It is secular. Of course, spelling cannot be Christian or secular. I am referring to the texts used to teach spelling – very neutral and politically correct. Sometimes it is nice to have passages from the Bible or Christian authors or, at the very least, character-based stories to put in front of your children as you deal with grammar, punctuation and spelling, don’t you think?

2. It is for classroom use. As such, it makes frequent references to school bus rides, lunches in the cafeteria, and other public school concepts my homeschooled children have no reference to.

3. It encourages letter formation in manuscript, not cursive, and we do cursive only.

But I looked around and did not find any good alternatives. I fell completely out of love with Spell to Write and Read. The Teacher’s Manual is completely chaotic. I was going in circles trying to see how to go past the first 12 steps (which we used successfully). All About Spelling seems overpriced, over-hyped, and similar to Spell to Write and Read (minus the mystifying hand signals). Spelling Power starts at age eight and my son is still seven. What’s a girl to do?

I tried Spelling Workout. After all, Susan Wise Bauer is always right, right? Right. I know, I know, nobody is always right, but I am a big fan and the lady has not done anything wrong so far in my book.

For cursive, I told my son he would have to write the letters the way we learned them, in cursive. No protest. Why should he? And when he did try to form a manuscript letter, I reminded him that manuscript letters are what we see in books, but we write cursive letters, or “handwritten” letters.

When I learned how to write, my first grade teacher simply had us chant as she was pointing at letters on the black board: “Cursive capital A, cursive lowercase a, manuscript capital A, manuscript lowercase a.” We learned the differences and we accepted that humans write “handwritten” words, also knows as cursive. Books come with manuscript letters.

It’s a big debate nowadays but I don’t see why. Manuscript letters are just another way to dumb down curriculum in this technological age. Research on the brain shows that cursive actually helps make connections better than manuscript, dyslexia is kept at bay, spelling makes more sense, words are kept together, and are easier to read etc etc etc. As far as I am concerned, there are lots of advantages to cursive handwriting and I will stick to it with my second child, as well.

It took my son less than a year to learn all the alphabet in cursive. He is now able to write words and he is working on sentences, too. This spelling curriculum fit right in and it actually doubled up as handwriting practice. He got enthusiastic about how quickly he could finish a chapter, somewhere in the middle of the book. He was excited to do the writing exercises at the very end of the chapter and asked for a separate sheet of paper to write more, because they really don’t give you much space.

While working through this curriculum, we found a recipe for trail mix and my son asked to make it. He was proud of his trail mix and shared it with his sister. A few weeks later, he asked to make it again and I obliged by providing the ingredients for him. Also in Spelling Workout we found a suggestion for making your own scrapbook. Again, my son got inspired and asked for supplies. We found some old cardboard I had been collecting (apparently, for this moment) and we added some cereal boxes, which we cut up to size. We punched holes and ran some yarn through. He even made a smaller one for his little sister. 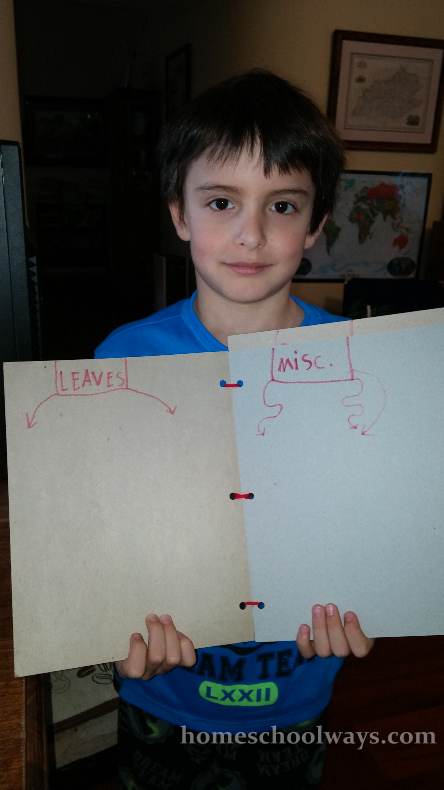 My son showing off one of the pages inside his handmade scrapbook.

The only thing I have against this curriculum is that the pages are very thin. They probably saved a bundle in paper, but at the expense of quality. My son uses a pencil and erases now and then, of course. The pages don’t exactly tear, but it certainly looks like they might any minute.

I shall return once we finish the next level, to give you an update on our spelling matters.