For the second year in a row, we traveled to Nashville for TeenPact One Day. This is a seminar for homeschoolers ages 8-12 during which they learn about government, civics, politics, how bills become laws, and how they can help a political campaign even before they have the right to vote. They also get to tour the Capitol and see where the State Senate and House of Representatives meet. 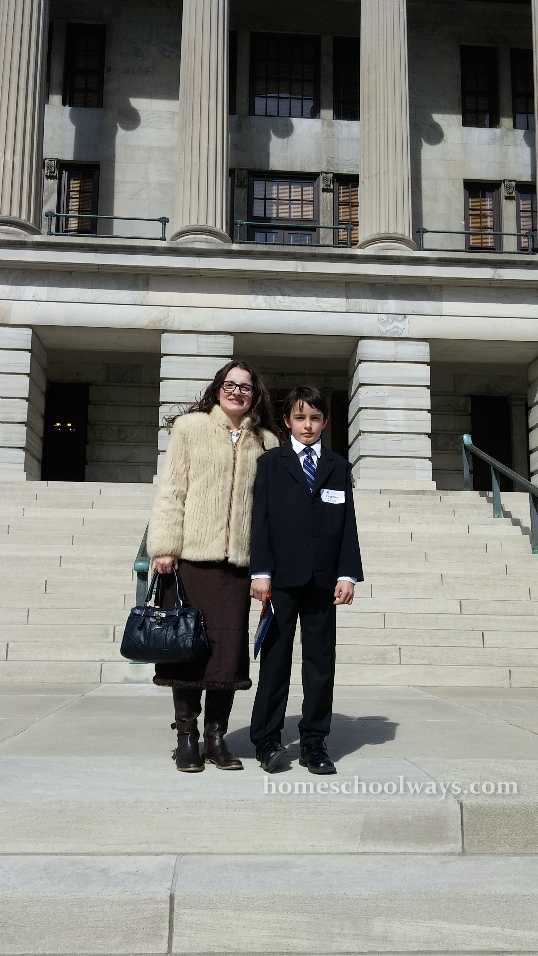 Mom and son in front of the Tennessee Capitol Building in Nashville.

They learn a lot of history in the process, too. The staircase inside the Capitol bears bullet marks since the Civil War. Busts of Andrew Jackson and Sequoia along with paintings of former governors beg to be noticed. It would be impossible not to learn at least a little something about history in this place.

Last but not least, homeschooled children get to interact in a group setting and make friends. During the Capitol tour, which happens right before lunch, my son and another little boy from Knoxville struck up a conversation and then decided they should sit together for lunch. 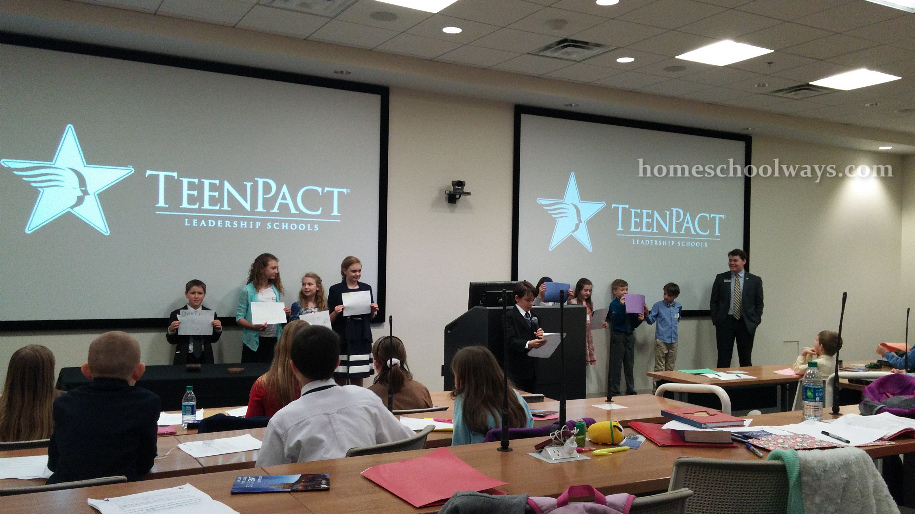 My son gives his speech as his campaign staff hold signs behind him.

Lunch happens in the cafeteria, as there is not enough time to leave the premises. You either place your order ahead or you wing it with the options they have. Even for a vegetarian, I found their buffet to be great and, at $5, it does not break the bank. 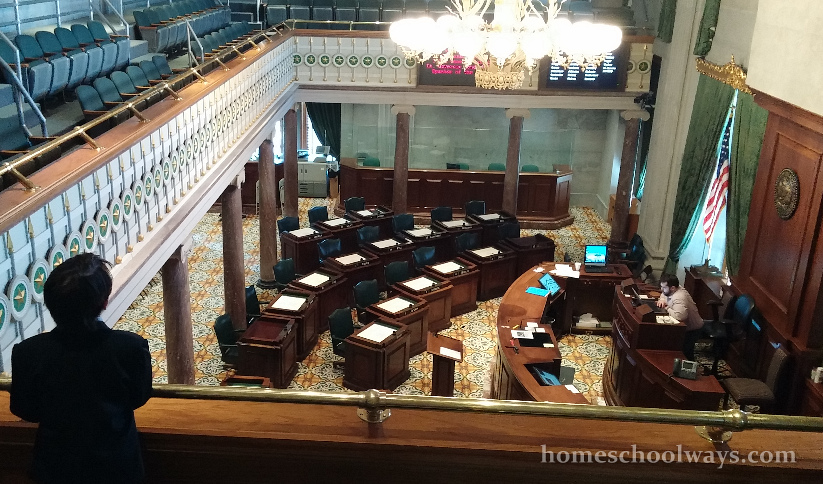 Looking onto the Senate hall

The staffers in the classroom are teenagers from all over the nation. This year, my son’s class leaders hailed from Alaska, Nevada, Tennessee, and Florida. The cost is only $35 and the seminar lasts from 10am until 4pm. 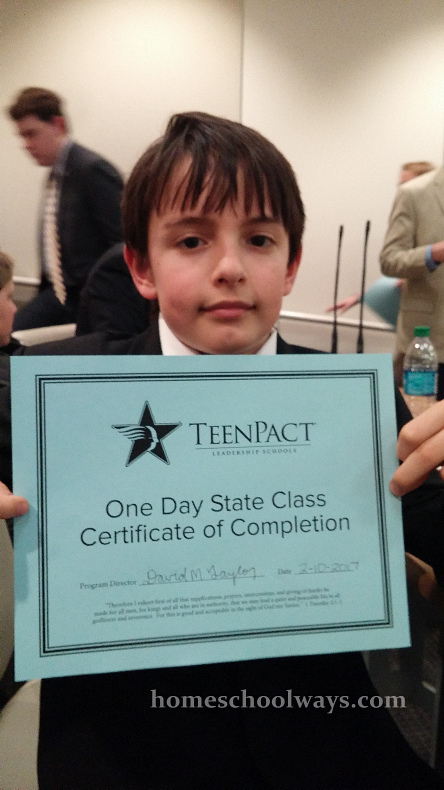 Tired at the end of the day, but proud of his certificate

Once your child reaches age 13, the option is to take the full TeenPact program which lasts Monday-Thursday, the same week as the One Day program, which happens on a Friday.

We recommend the experience to all families who have conservative values and want to raise a child interested in government and politics. Our son thoroughly enjoys it and our daughter looks forward to being old enough to attend.

One thought on “TeenPact One Day Class”