Story of the World, Vol. 4, Chapter 37 has a funny title: Two Short Wars and One Long One. The Vietnam war represents the long war. Two wars in the Middle East appear as the short ones in the titles. After all, they only lasted days. 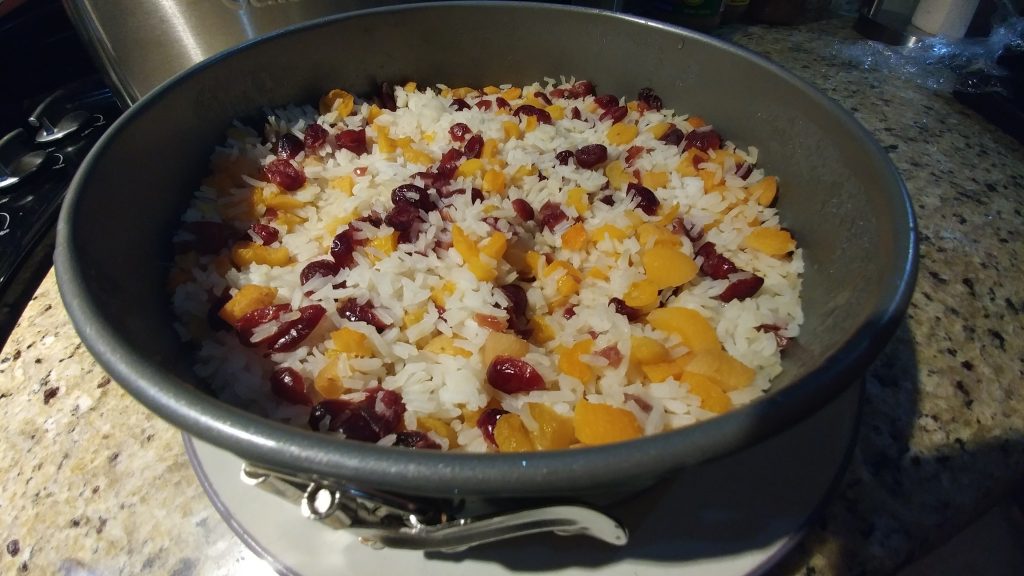 Apricot coconut rice cake for the Vietnamese Festival of Tet

The Six-Day War lasted exactly six days, miraculously enough. The Yom Kippur War went on for 20 days or so. Of course, the Vietnam War went on for twenty years, with American involvement shifting from economic pressures to actually sending troops.

My children have played with an app called Stack the Countries, so they recognize country shapes. They could tell that Israel quadrupled its size and definitely altered its shape after the Six-Day War. 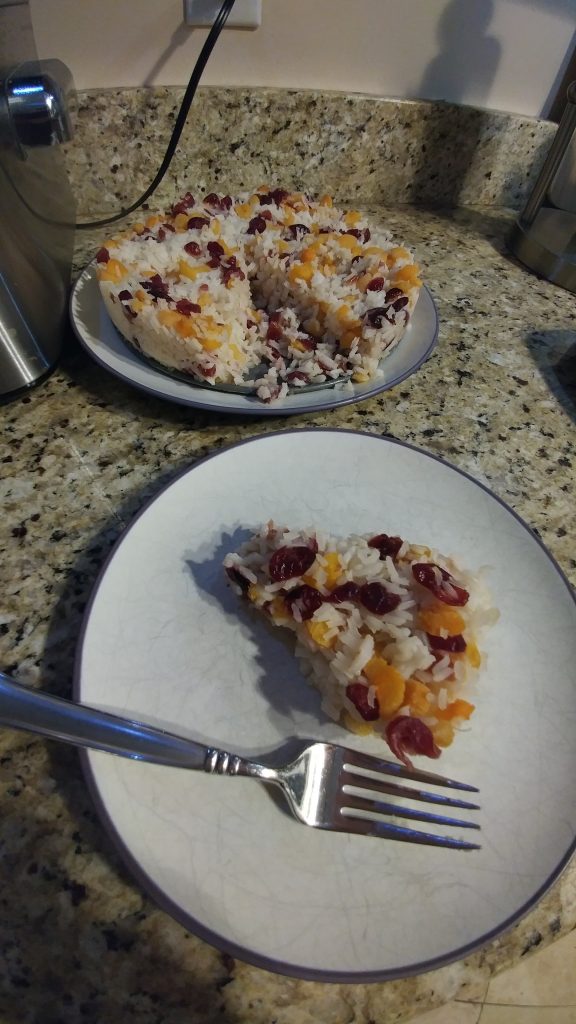 It holds up! Baked in a spring form pan, this rice cake actually held its shape.

We made an apricot coconut rice cake to celebrate the Vietnamese Festival of Tet. We used a spring form pan and I realized my children did not know we had such a thing in our kitchen. I guess I have not used it in a long time.

Anyway, this was a delicious dessert and, thank God, it is also gluten free, so even I can enjoy it. I modified the recipe by cutting the sugar in half. It held its shape after cooling in the refrigerator for about three hours.