Chapter 32 covers Africa and China after World War II. The author manages to explain the convoluted way China became a Communist country in simple terms, though the actual process was nothing but.

As to Africa, the story focuses more on South Africa and the difficult relations between the British, the Dutch, and the native Africans. 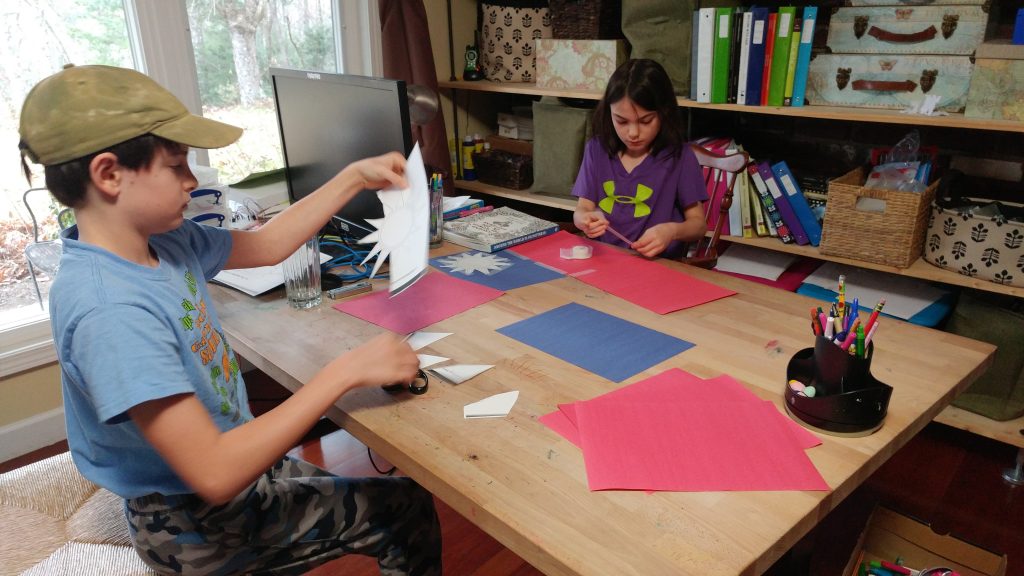 We chose to build a Taiwanese flag. I certainly was not going to make Mao’s Little Red Book. After a childhood under communism, do you think I want anything to do with anything remotely resembling that manifesto? 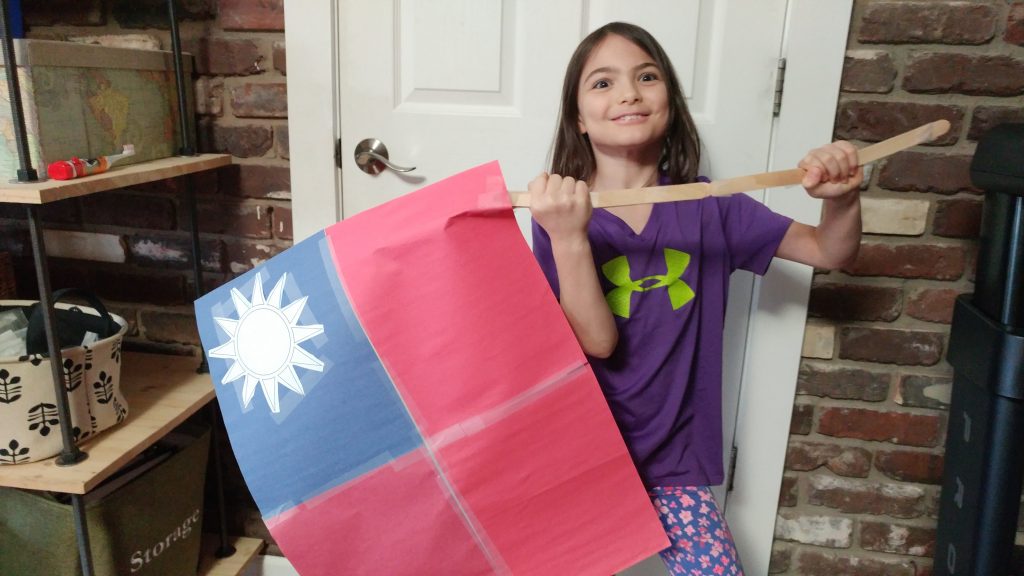 Proud of her Taiwanese flag

We talked about apartheid and its supporting laws but that activity project also did not seem appealing to us. The kids react strongly to injustice. 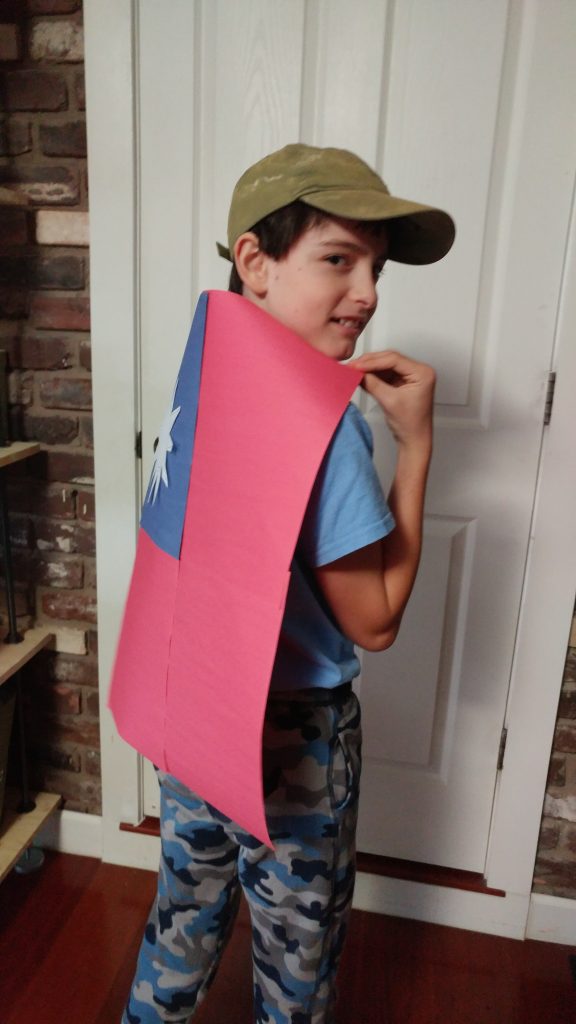 I did not want to dwell too much on the bad things that happened in South Africa because the kids get indignant. And they should be, but I just don’t need them to get to the point where they get distressed by history.

We are slowing down a bit as Christmas break approaches. However, I am hoping to zoom through the rest of the volume while we are on a school break for two weeks. Before the New Year hits, my resolution is that we will be finished with volume 4.

Let’s see if I can accomplish this goal. The only thing that might get in the way is the fact that I am preparing our son for Science Olympiad and Spelling Bee, both taking place in January.