Story of the World, Vol. 4, Chapter 27 deals with the civil war in Spain and Hitler’s invasions. No wonder Ms. Bauer wanted to make sure the children reading this fourth volume are mature. Much sadness and violence abound in this book. 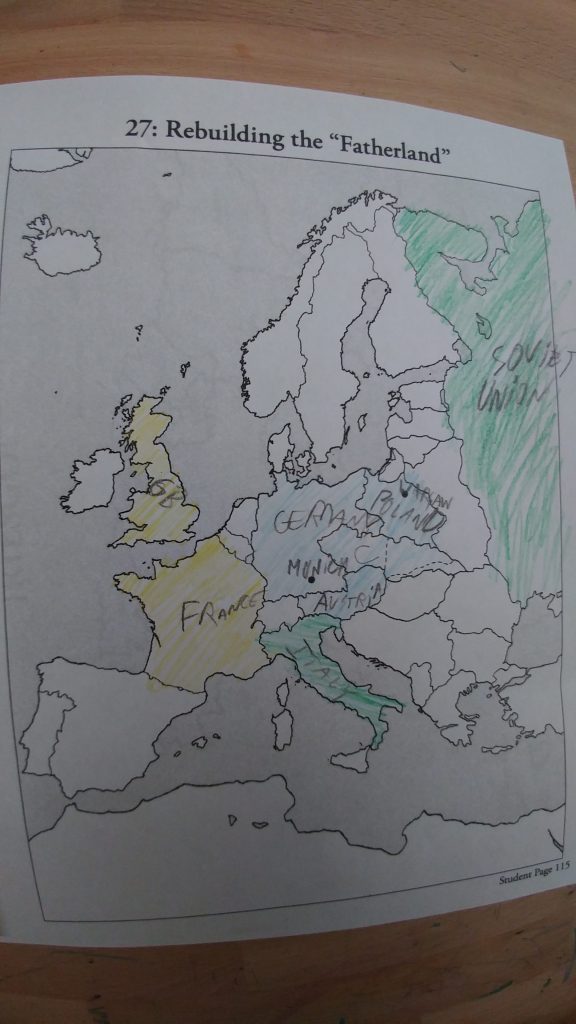 We had to work with the kitten again this week because he loves to hang out in the school room and walk all over the table, sniffing our papers. I will be honest, the crafts and activities suggested did not excite us too much. So, again, I have to remind myself that we are older and do not need to spend 30 minutes playing a board game that we will never play again afterward, or build yet another structure that will end up in the trash.

Back in 2006, my husband and I were newlyweds and childless and we visited my mom, who lives in Spain. She took us to the most significant places around Madrid, including the famous tomb of General Franco, Valle de los Caidos, which translates to The Valley of the Fallen. Interestingly enough, there is a big controversy going on in Spain about this tomb and monument at this moment.

First of all, “the fallen” refers to all those who gave their lives during the Spanish civil war. There are those who want to remove Franco’s remains from the mausoleum because they want to transform the site. Right now, it glorifies the dictatorship of Franco while telling the story of the civil war.

The new Spanish government wants to change the site into a place of remembrance of the people who paid the ultimate sacrifice. Period. Franco, they say, should be taken to Madrid to a regular cemetery. And the digital ink keeps on flowing on both sides of the argument.