Story of the World vol. 4 Chapter 14 covers many things. To start off, the title is “Two Czars and Two Emperors.” The two czars obviously ruled in Russia: Alexander III and his son, Nikolai. They also happen to be the next-to-last and the last czar of Russia respectively. 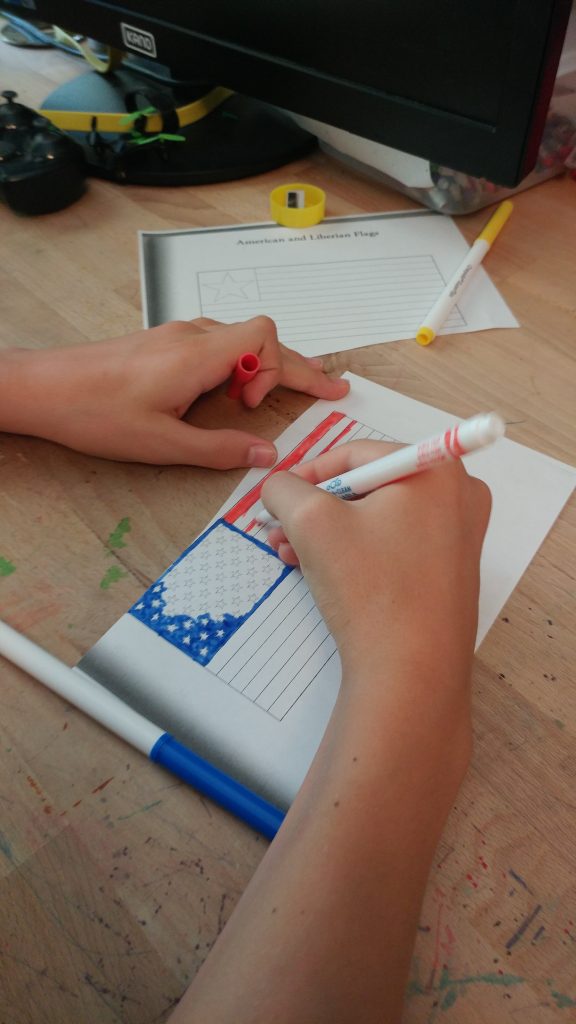 We learn about the terrible plight of the peasants and the even worse situation of the Jews who live in Russia at the time. This reminded me of the episode on Downton Abbey when the exiled Russian nobility show their contempt for the Russian Jews who immigrated to England. 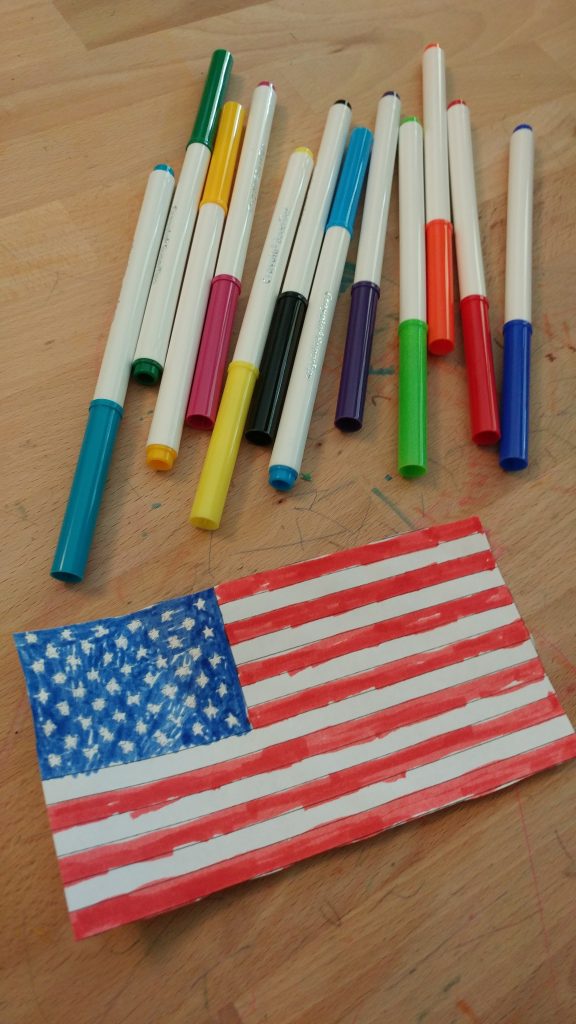 The two emperors ruled in Ethiopia at the same time: Yohannes IV an Menelik II. The story gets very confusing at this point, with lots of details which would make narration nearly impossible. It makes me feel better, because I have pretty much given up on narration in this fourth volume.

Liberia also gets introduced – the protectorate that the US established in West Africa for freed slaves. The craft project consisted of the flags of Liberia and the US. For some reason, the kids really enjoy coloring flags.