This chapter covered a bandit from Australia and the scramble for Africa between European nations. Very exciting indeed! 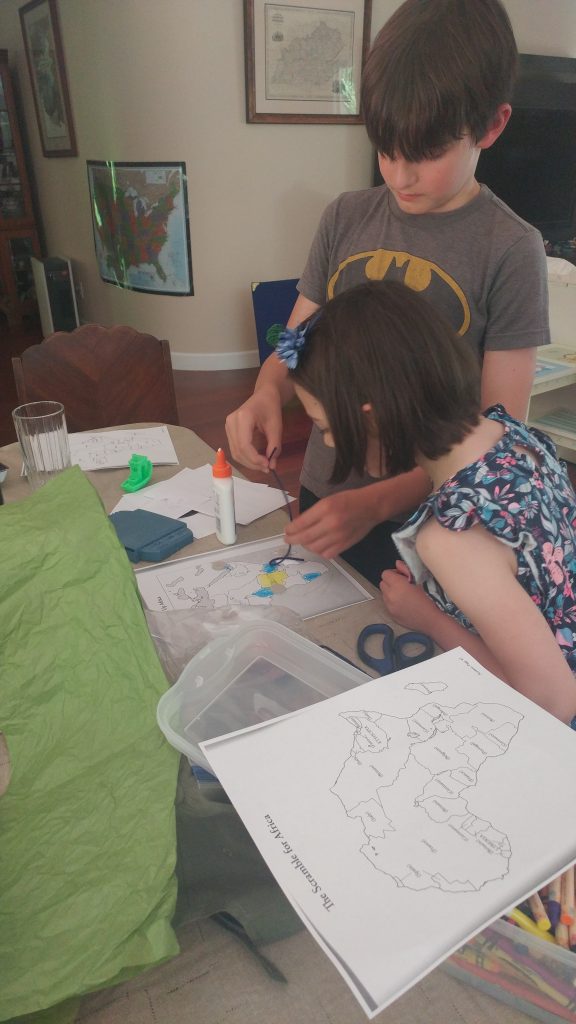 They decided to work together on this project, which meant we would end up with only one map instead of two. It does not really matter to me if they each have a craft project to work on. In fact, when they work together on one project seems more valuable to me as an experience. They learn to communicate and to work as a team.

Maybe I have said this before about volume 4, maybe not. I can’t remember. This volume has added a new feature: timeline figures. For those interested in building a timeline, these pictures come in handy. I have already purchased a different set of timeline figures so I am not using the ones in the book.

I wonder if in new editions of the Story of the World volumes 1-3 also provided timeline figures. That’s the bad thing about upgrades in textbooks or technology. They make you feel so bad about purchasing something which feels like “old generation.”

We enjoy our own way of building a timeline so we will not change anything. But for those who do not want to spend more money on timeline pictures, volume 4 of Story of the World presents a great deal.