Chapter 30 covers Haiti’s fight for independence from France. If we studied anything about Haiti when I was growing up in Romania, I must have forgotten it, because I remember nothing on the subject. So I was learning alongside my children in this chapter. 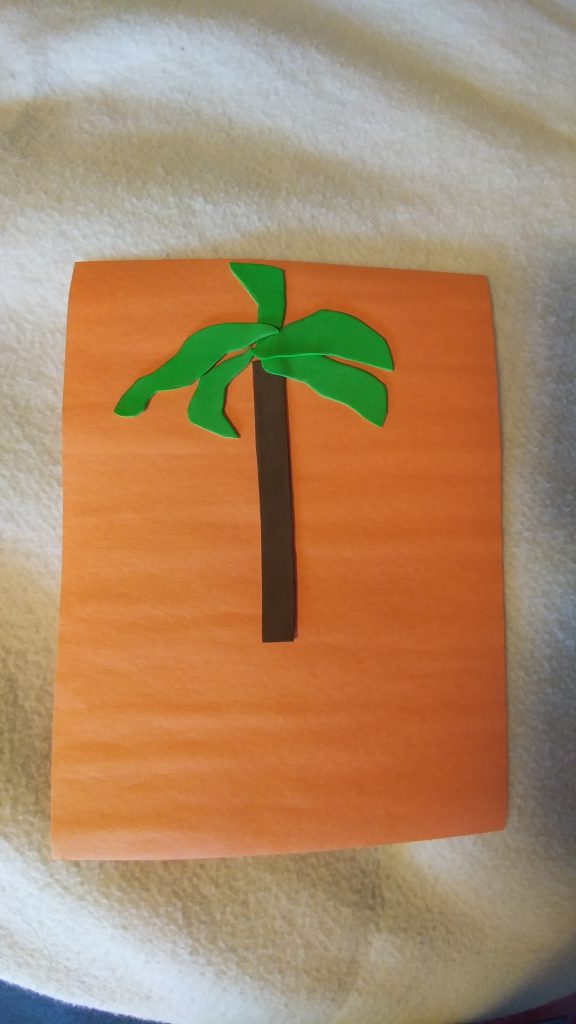 Symbol of Haiti – the palm tree

My fourth grader studied big numbers in math this year, so he had the task of explaining to his sister (who is only in second grade) what the difference is between 36,000 white French aristocrats and 500,000 African slaves. Unit studies are not my thing, but when I can make a connection between subjects, I make it. In this case, math and history came together and it was fun.

The chapter has some violence, which would be normal when you study a rebellion, right? But we move quickly over these parts of the stories. I do not want to minimize the suffering of the slaves. We talk about the terrible institution of slavery every time it comes up and I remind them the Bible clearly speaks against slavery. 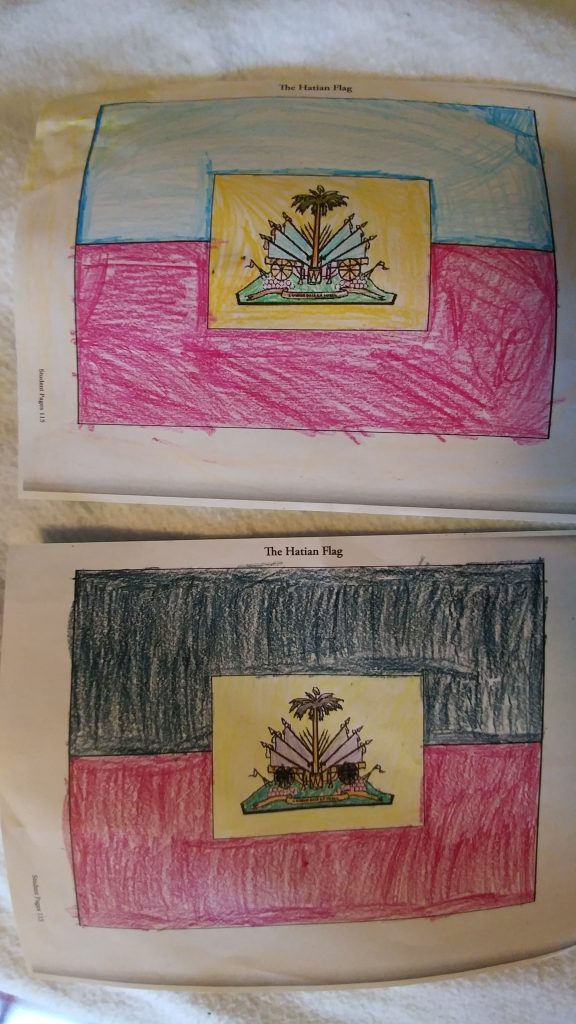 On the other hand, I do not want to get too graphic about what they did to slaves back then. After all, my children are only 7 and 10. When the time comes, I will let them read “Uncle Tom’s Cabin” and we will study the American Civil War and many other related lessons.

As always, I rejoiced because they learned new vocabulary. “Aristocracy” was one of the words in this lesson and they knew what it meant but they were not sure. Sometimes words we hear seem clear but not 100% and we need to look them up or ask an adult. That was the case here. 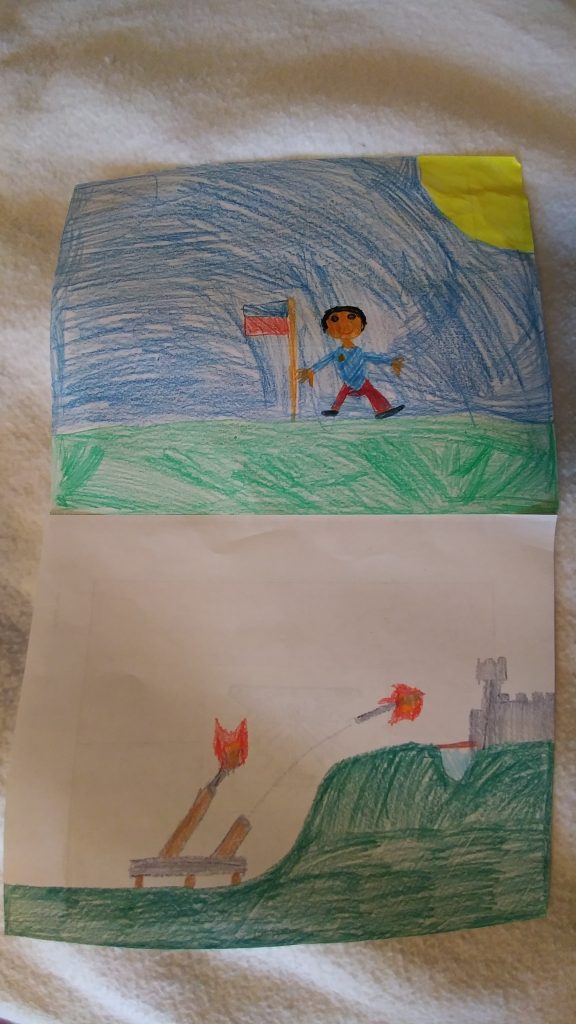 We discussed the different types of aristocrats and how some are lower or less important than others etc. For our craft, they created palm trees out of craft foam. They also colored the Haitian flag and, of their own free will, made some drawings.

One represents Jean-Jacques Dessalines creating the flag and the other, well, just a cool medieval castle under attack. Because we can. Homeschooling fun at its best. I think.