The Islamic invation of Spain was a fascinating chapter, especially in the light of what is going on right now in Europe with the ongoing Syrian refugee crisis and the November 13 Paris attacks. As adults, we are aware of all these historic connections, but the children are not. Maybe they should stay this way for a little while longer. The world is turning into a scary place and I just don’t want them to know that yet. 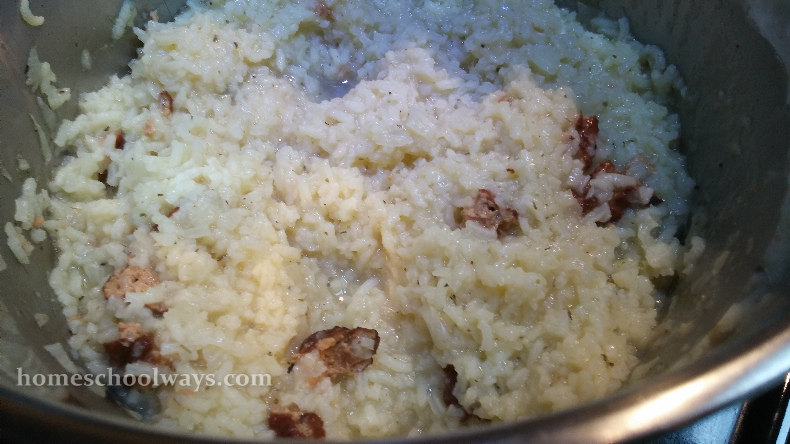 They colored the pages provided and we made arroz con pollo according to the recipe given for a Moorish meal. Except we don’t eat pollo, so we used Fri-Chik instead.

It’s very hard for my second grader to retain these international names, e.g. Tariq ibn-Ziyad. It’s actually even hard for him to pronounce them, i.e. to repeat after me as I pronounce them. I don’t stress over this too much. As long as we understand where we are on the map and in history, these names can come later.

Maybe we did this too late in the day, but it was hard for him to answer the comprehension questions. Narration was virtually impossible. Well, we all have good days and bad days. I read certain passages to clarify how he should answer all over again and we called it a lesson.