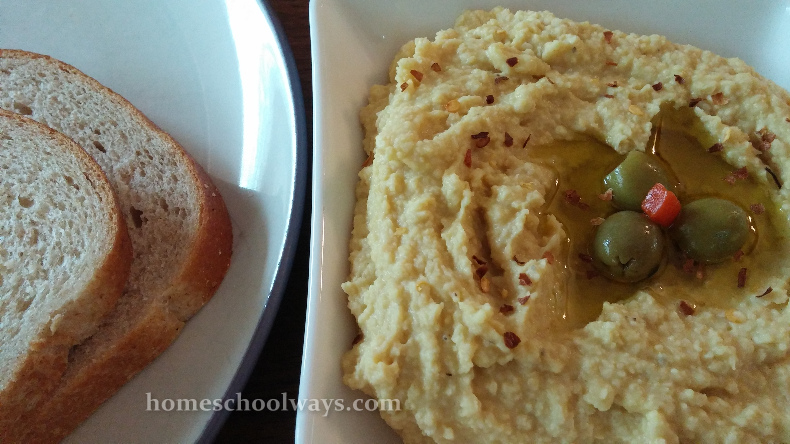 I have already chosen not to read to them the story of Romulus and Remus or any of the Romany myths that were recommended for a previous chapter. Even Sinbad the Sailor came home from the library, but never got shown to the kids. I previewed it and decided it really was not for kids under 10. At the very least, they should be nine, just like Amazon suggests, before they read about Sinbad’s killing of a man and fighting a horrible monster, described with such details that even I shuddered as I read about it.

This is the beauty of homeschooling: freedom to choose when exposure happens or if it should happen at all. Parents know their children better than anybody else. We know if our children can handle something or not. We know if we want to expose our children to certain content and at what age.

On a more contented note, they really liked the Greek Alphabet page. They eagerly wrote their names using Greek letters. They soaked up the fact that the word “alphabet” comes from the first two Greek letters alpha and beta. 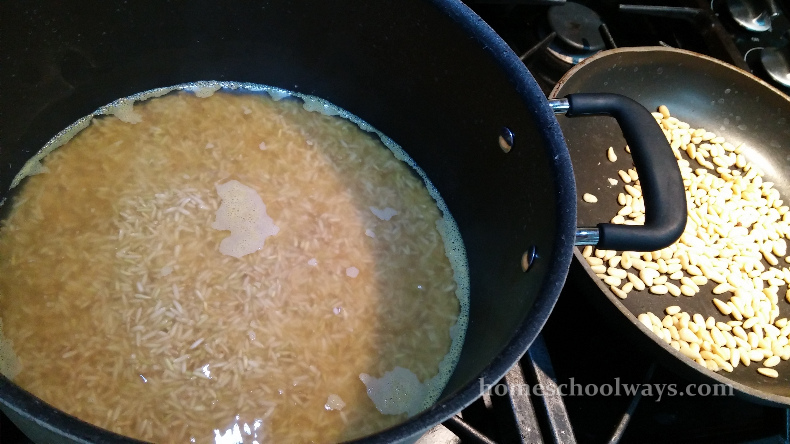 All the activity projects were deemed too difficult by mommy and, therefore, we did not do them. However, we made hummus. I don’t always put tahini in my hummus, by the way. I find tahini a bit bitter, so I would rather not put it in. I got this really good bread from Panera, so we will have great sandwiches with this hummus. Yum! 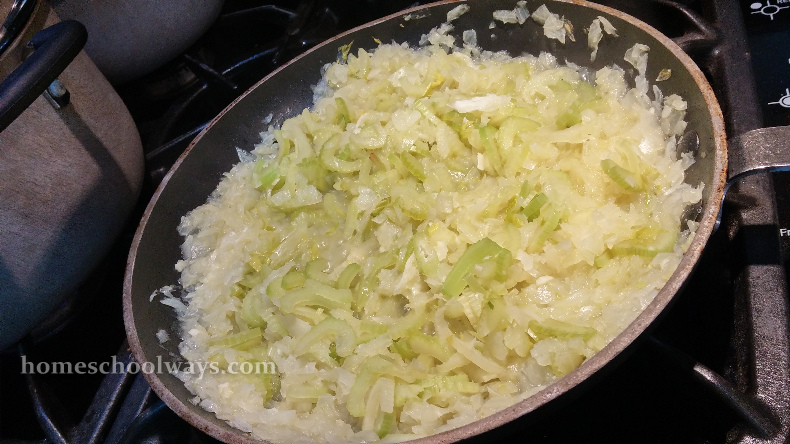 Onion and celery sauteeing while the rice was cooking by itself

Then, I made Greek pilaf – I just followed the recipe in the Activity Book. I do have a grapevine and it is spring, so I walked out there to see if I could muster the courage to actually pick some grape leaves and roll the pilaf into dolmas. It wasn’t about courage after all. The leaves were too small to be used for stuffed grape leaves. The family enjoyed the pilaf with other side dishes and declared it delicious. We will probably make this recipe again soon.