Queen Anne of Romania passed away on August 1 and I feel very sorry. Although she was a very unusual queen, in that she never really reigned properly over Romania, she represented the monarchy in a very real way. The Communists removed her fiance, King Michael, from the throne in 1947, so she never really set foot in Romania until almost 50 years later. 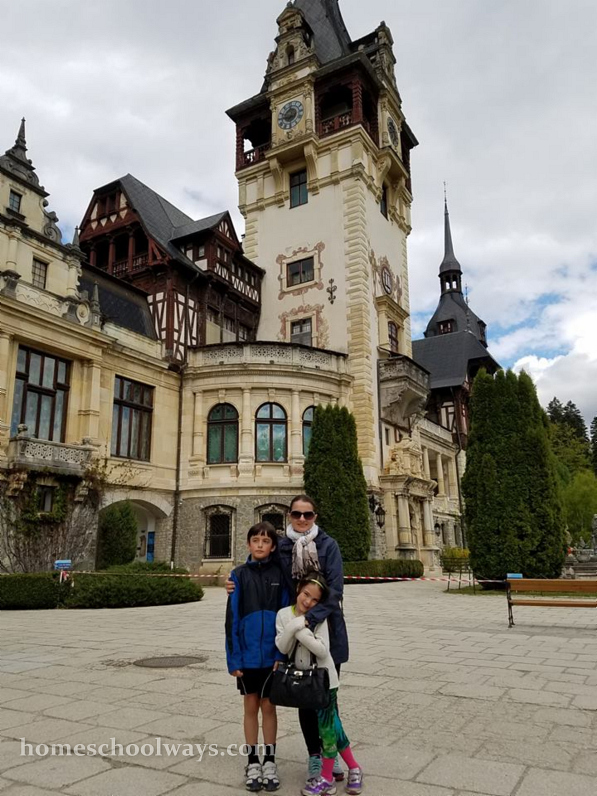 The kids and I in front of Peles Castle, one of the residences of the Romanian Royal Family.

Next Tuesday, I will publish a post about this book on Romanian history I just finished. The best part was the modern era, because I finally learned the real facts about the time just before Communism set in. And the royal family were a big part of that history.

Queen Anne was a French princess who never really learned Romanian, but we loved her anyway. She was everything we would have wanted in a queen: beautiful, smart, a wonderful mom, and a devoted wife. Hers was a marriage of pure love to King Michael and they raised five daughters. One of them was recently stripped of her HRH title because of her arrest and guilty plea for some illegal activities, but that’s a different story.

Since daughter number 1 did not have children, the heir presumptive to the (nonexistent) throne of Romania will go to the son of the second daughter of Queen Anne. His name is Nicholas. He grew up in England but has recently said that if the Romanian people asked him to be king, he would not refuse.

Anyway, it’s a long story about our royal family. It’s a theoretical throne at best and even though more and more Romanians would like to see monarchy restored, nobody believes it will happen.

We are sad to see our beautiful queen go. Condolences to the family.