Last Thursday, my husband spotted an article in our local newspaper about a coding camp. One week later, I was sitting in the office of the director of Code College on the campus of Walter State Community College (Sevierville campus). My children were present and they duly logged into their Scratch accounts and showed the professor their work. We also brought our four books on coding which we have used a bit here and there. 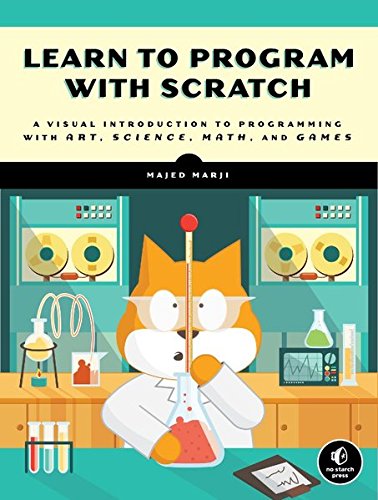 The best book of the four: Learn to Program With Scratch

But I am getting ahead of myself. Here’s what happened in the seven days since we read the newspaper article…

After we talked about it, we decided I should contact the professor mentioned in the article and ask a few questions. The article mentioned the students were all in high school, but did they have a camp for younger students? Would they be interested in starting one? Would the kind professor have time for a quick interview as I try to put together the best path to teach my children coding?

I took notice of the name of the camp director, a professor at Walters State Community College, and emailed him about our children’s ages and their 200+ projects built with Scratch for the past four months.

He answered me the next day, that no, there is no camp for younger children. The grant their college received was for high school students. The camp director said he would forward my email to the department chairperson. Two days later, I received another email, this time from Treyton Williams, who is a coding professor at Walters State (the Sevierville Campus) and who agreed to see me and the children.

We spent about 90 minutes in his office. The children showed him their projects, he asked them a few questions, and then he showed them the robots they use at camp and in class. The kids loved it. The professor deemed them “very advanced,” as I said earlier, and then he gave me a few pointers in how to guide them in learning about coding:

As of right now, there are 200 coding jobs available that this professor knew for sure he could not fill. Dollywood, for instance, one of the biggest employers in our county, is outsourcing all their computer jobs to Atlanta. Even Knoxville, the nearest city to us, cannot provide enough programmers for Dollywood.

I don’t know how my children will choose to order their life. I would prefer for them to go to college one day, but we are talking 10 years from now. A lot can change between now and then. And coding is a very important skill for the future. Plus, they love coding. Now that we have a map on how to proceed, we just need to focus on implementation. Hope this information helps you as well.