We took ill again this week. My daughter and I started with a sore throat followed by a cough and general fatigue. We did as much school as we could until she said, “I am really tired. I think I have to go lie down.” My daughter never want to take naps or sleep, so I knew she was ill for real. 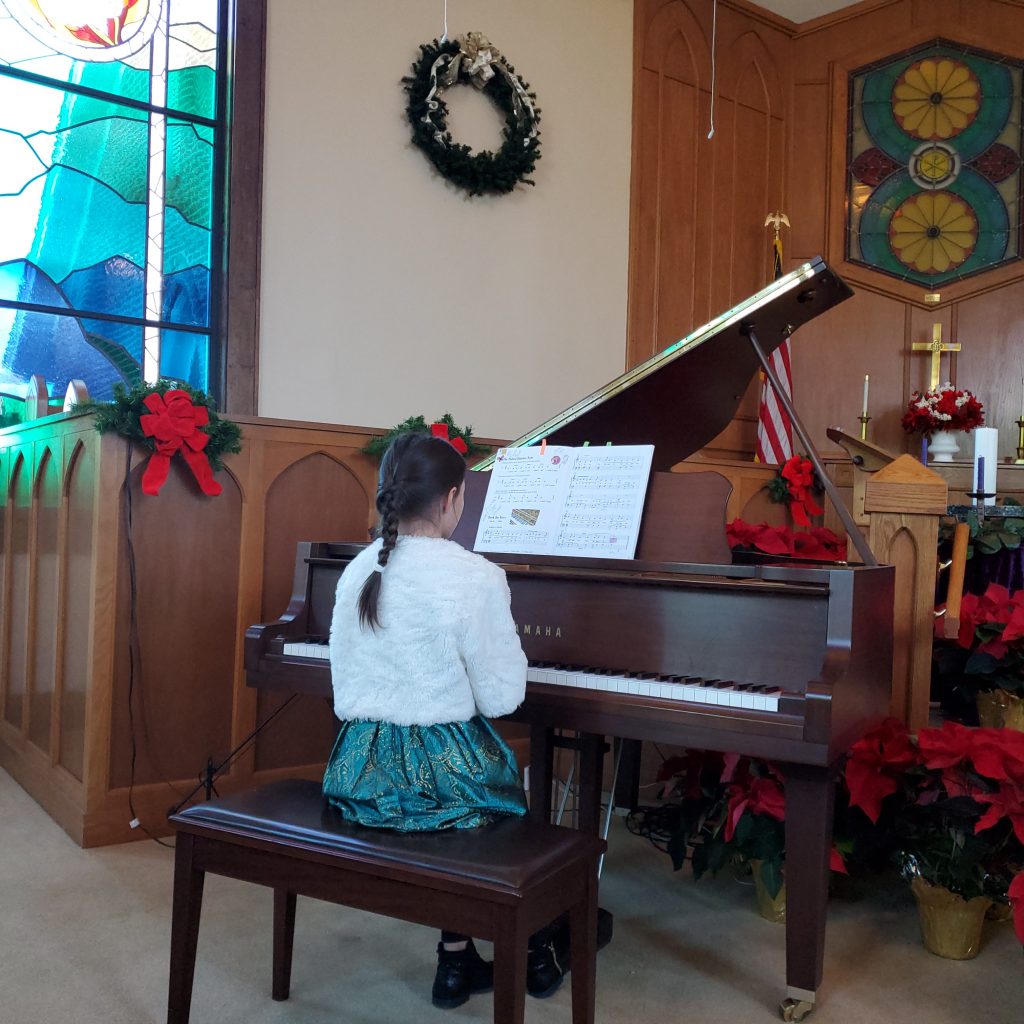 Our daughter playing at the recital

I let her take it easy for the next two days, especially because she had a piano recital on Sunday. We wanted to make sure she would have most of her energy back. As it turns out, she and her brother did very well at the recital.

The teacher usually books this church in Sevierville for the afternoon and the children have to learn how to handle their nerves. This happens twice a year, in May and December. No matter how many people attend, they get nervous, learn to deal with it, and get on with their part of the program. Show what you know, isn’t that what they say? 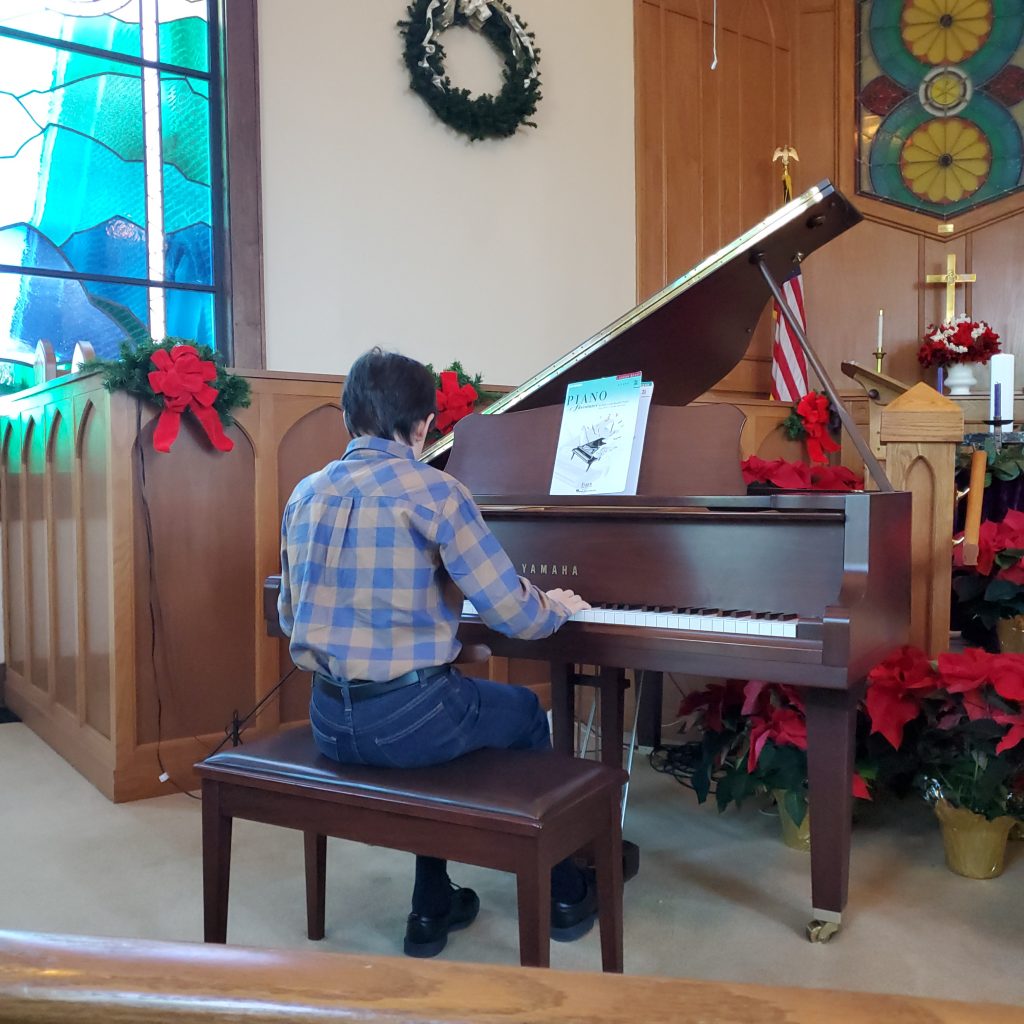 Our son playing at the recital

The lesson of getting over nerves will serve them well as they have some pretty big events coming up in their lives. These small tests prepare them for bigger tests. We do not want to test our children every month, but a piano recital twice a year does the soul good.

Here’s our son playing Lunar Eclipse, one of his recital pieces. Here is our daughter playing The Mermaid and the Sea, one of her recital pieces. She said her “stomach was pounding,” but she kept counting (keeping the beat steady) throughout her songs.

My other lesson for the week is that no matter how well children do in academics, character counts even more. I had wonderful conversations with both my children regarding their own struggles, dreams, and aspirations. These conversations happened separately. After a certain age, they have secrets from one another and I respect that.

Like any parent, I want my children to succeed academically. But character trumps academics. We want to be there for our children through their struggles and victories. And we want to help them make sense of their middle school years. It’s so tough to make sense of the change called puberty.