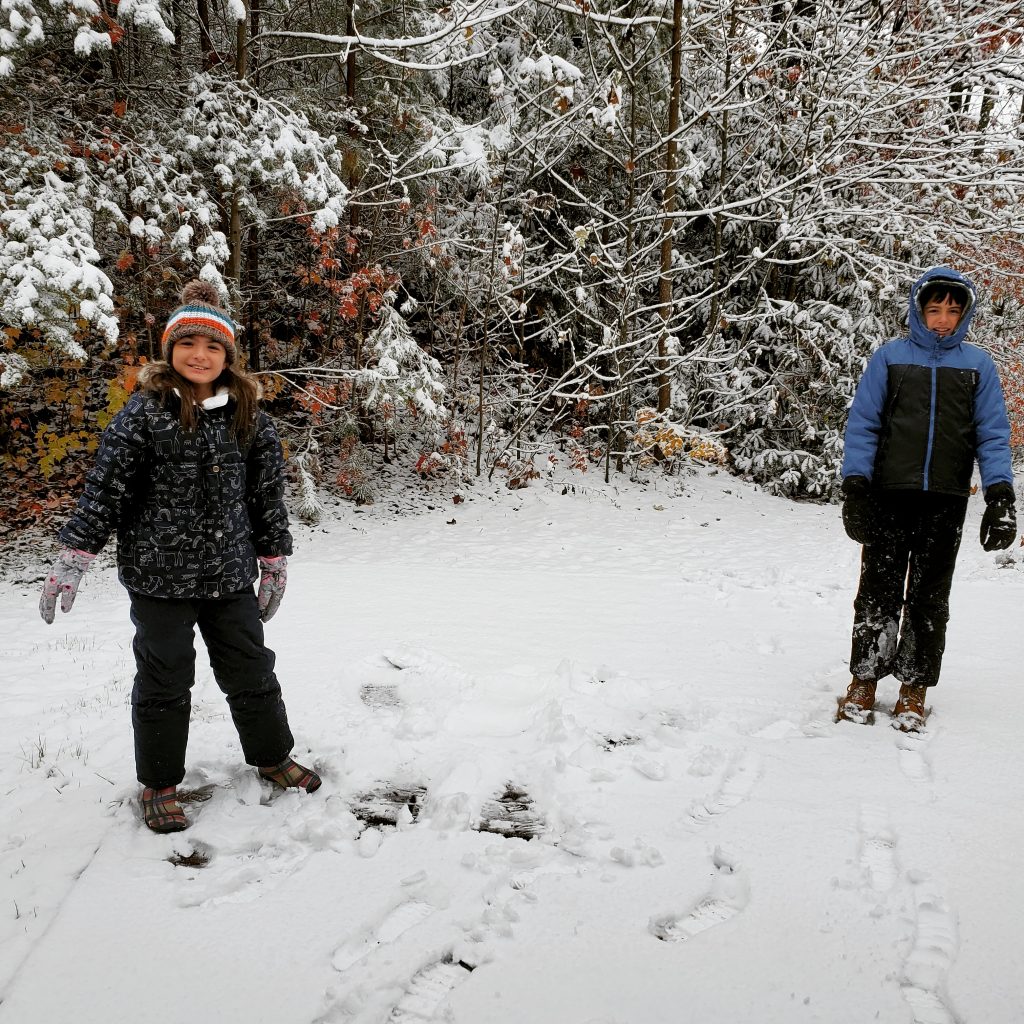 It is always nice to let them play outside and then do school. The brain functions better after physical exercise. However, I do not have enough faith (is that what it takes?) to trust this process on a regular basis. Maybe my children can implement that routine in their future homeschools, when they teach their own children: play outside first for 30 minutes, then come in for lessons.

I am so focused on getting started with school in the morning. Letting them play outside would totally derail our day, I think. Like I said, I do not have enough faith or courage to implement this on a regular basis.

After they came back in from playing in the snow, my son started coughing worse than before. He and I were still recovering from the flu. I had low energy and moved slowly, and he had a cough. But he got worse after being out in the cold for 30 minutes.

We waited a couple more days to see if he got better. A few years ago, a friend taught me about ginger tea, lemon, and honey as a natural remedy for a lingering cough. You can even juice or blend ginger root and take it by the spoonful as needed, mixed with honey and lemon. If you blend it, you will have to strain the fiber out and just keep the water. It works.

Finally, we took our son to the doctor. It turned out, he had overexerted his lungs by coughing so much for the past two weeks. He has an inhaler to use as needed and is on a restriction from physical activity. The doctor said our son should even minimize walking around the house. We had to cancel our weekly hike again, unfortunately. But he is highly functional otherwise and school is in full session at our house.