One thing I forgot to mention last week: the Science Olympiad coaches invited my children to try out for the Write It, Do It (WIDI) event, to represent their team. Each team has 14-16 members and they all participate in 2-4 events each. There are 35 or so events. Each event has two team members. Since my children only signed up for 2 and 3 events respectively, the coaches wondered if they would be interested in WIDI. 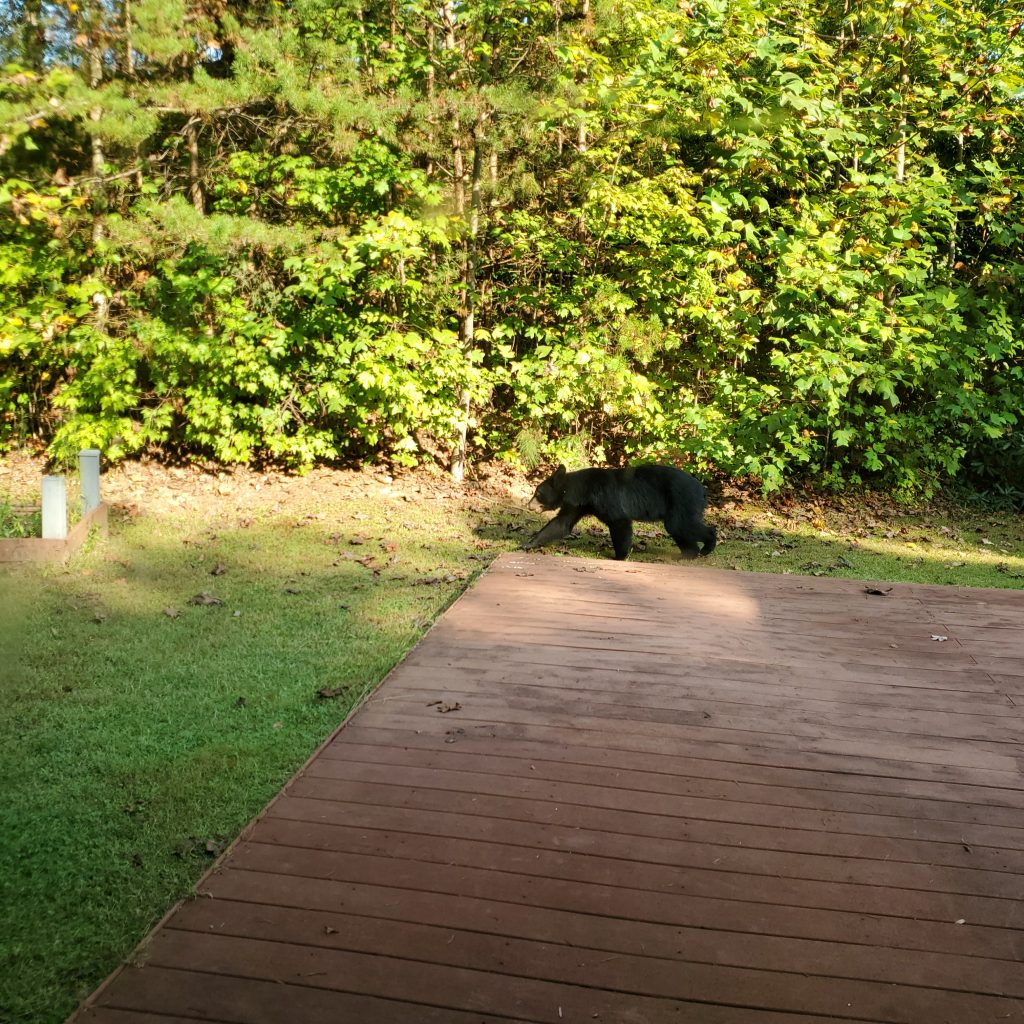 Black bear in our yard

Science Olympiad organizers set up the schedule of events. So, our coaches look at the schedule and decide which kids could fit the slot for this or that event. This happens after every child has suggested them 5-10 events they would like to participate in.

Suffice it to say the coaches invited our two children and two others to try out for WIDI. Last week, we traveled to Knoxville for the tryouts. My son and another boy won. WIDI takes a special team to work out. One person has to write (describe) an object given to him the day of Science Olympiad, while the partner has to build it from the kit provided and the instructions written by the partner (who has NOT seen the object). 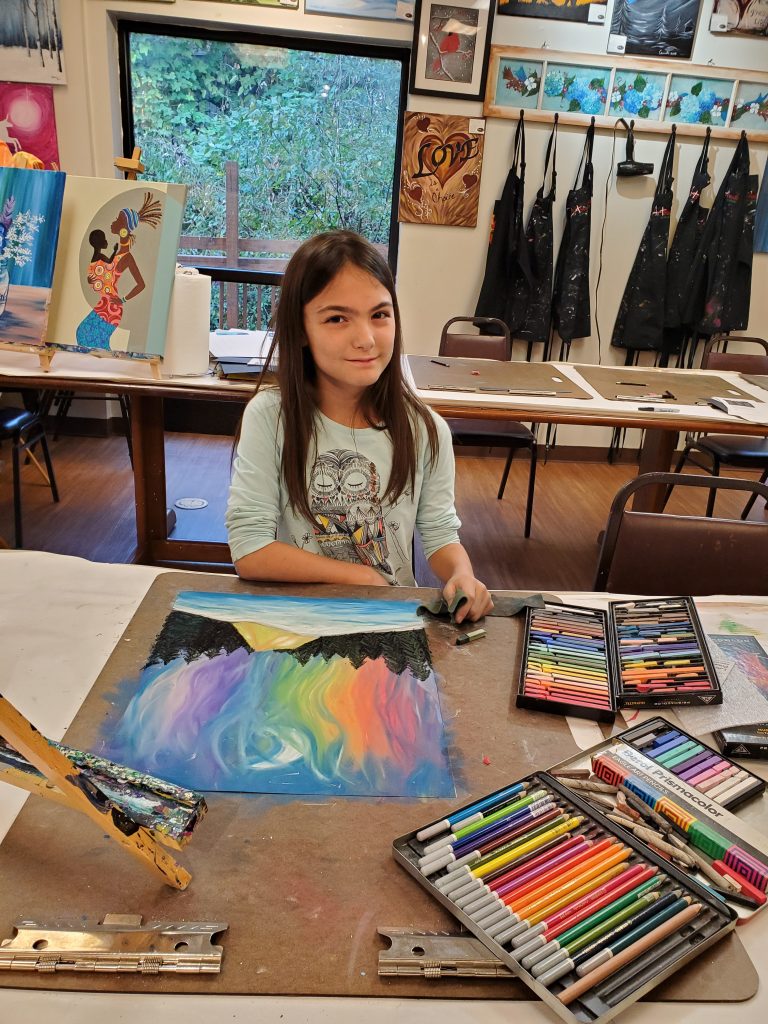 Our daughter at the art studio, working with pastels.

I practiced with them through the week and they learned a lot about communication, north and south, west and east, how to look at a table with a building on it etc. Even I learned some things in the process.

Our daughter and the other boy, who did not make it, were both younger: 4th grade and 5th grade respectively. The two boys who won were in 6th grade (our son) and 7th grade. It only makes sense their communication and building skills were better overall than those of the younger kids. Nevertheless, it was a good experience for the younger kids and, next year, they know what to expect from a potential WIDI tryout. 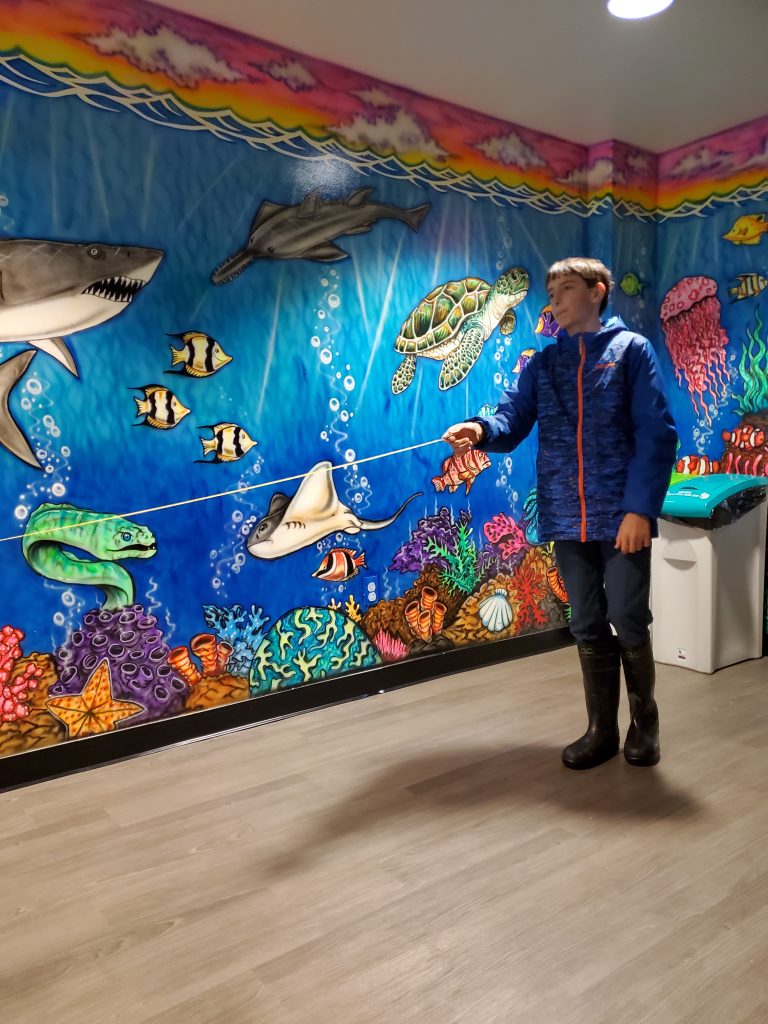 Our son demonstrating how big a whale is during their science class at Ripley’s Aquarium.

Also, the coaches determined our son would be the builder and the other boy the writer. Even though the writer did not specify which colors, our son guessed correctly based on the rest of the instructions. This team must have the uncanny ability to finish each other’s sentences, so to speak. We look forward to seeing them in action in a real competition. But until then, practice begins next week and we are excited to proceed. Science Olympiad means learning and having fun while doing it.

Week 11 turned out to be a bit convoluted. My son had to have a haircut and we almost forgot about it. One of my tires kept losing pressure, so I spent one morning at the mechanic’s. Our children’s art class got canceled because their teacher had a large group from North Carolina for a pastel art paint party. The Wild + Free hike got canceled because too many members were ill or had schedule conflicts. 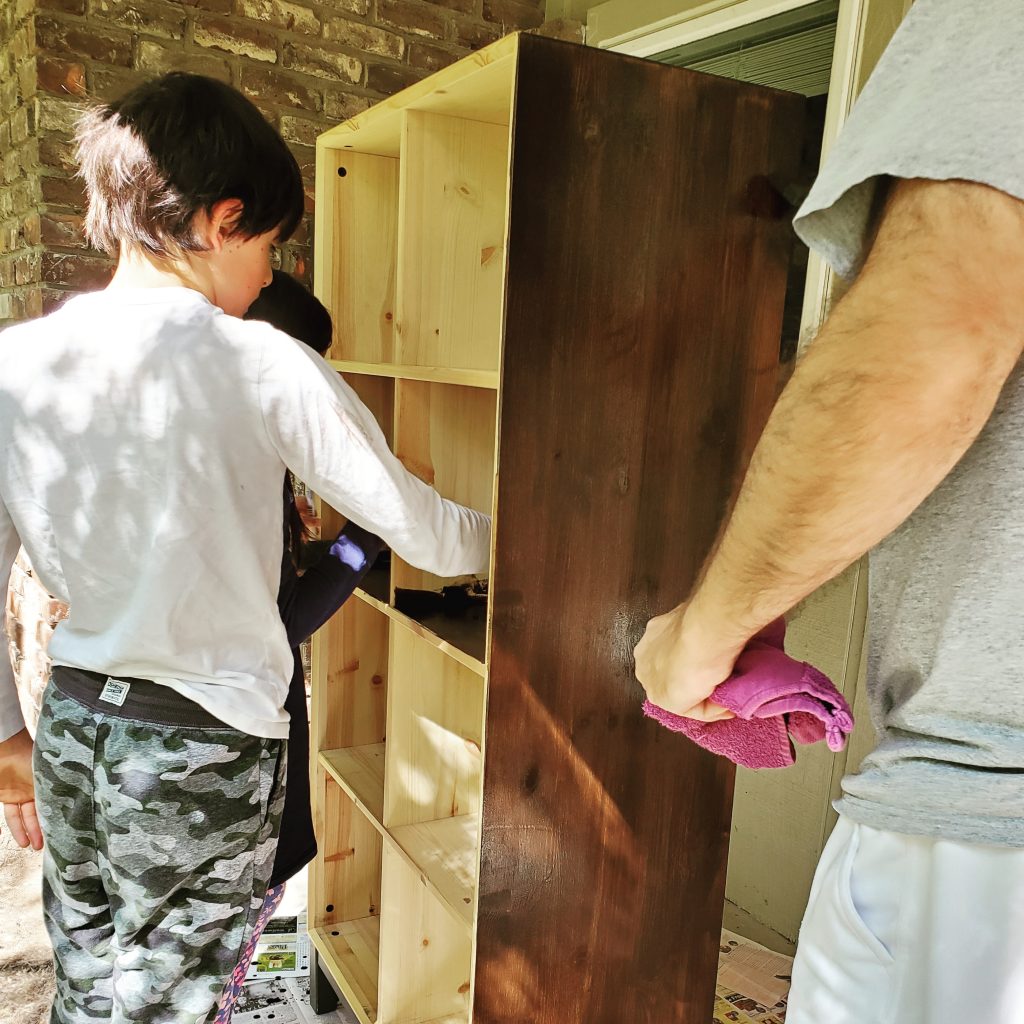 Staining a bookshelf – one of our activities last week

In other news, our daughter got to help her art teacher for the pastel art event. I dropped her off and went to pick her up almost five hours later. She had a lot of fun helping the ladies with their work. She also helped her teacher set up and break down the room after the clients left. You never know, this might be her future. She loves art and the idea of having her own studio, teaching others.