Whew! What a week! Driving to Knoxville for one hour and 20 minutes every morning starting at 7:30am, sitting through two hours and 30 minutes of string camp every day, then driving home for another 80 minutes. After lunch, I gave them a break. 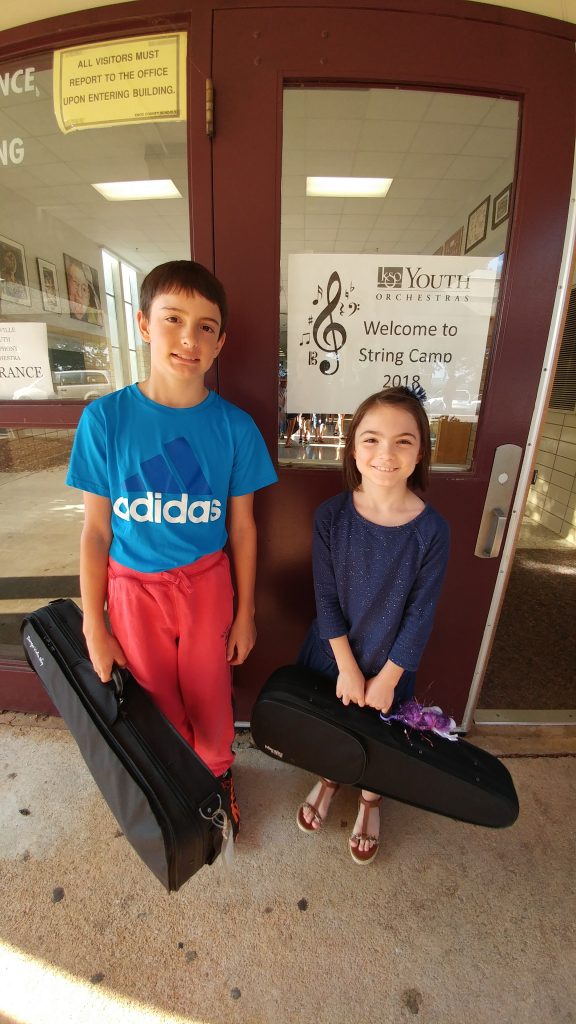 My children on the first day of String Camp

Late afternoon, they had to practice for 30 minutes to cement the skills learned that morning. It was not an easy week for any of us, but we made it through. They started String Camp rather reluctantly, but by Tuesday they were singing the tunes they were practicing in their respective orchestras.

On Wednesday, as we commuted, they told me their most favorite piece, although they liked them all. On Thursday morning, they rushed me as I was doing my hair. “Come on, mom, we are waiting for you in the car!” 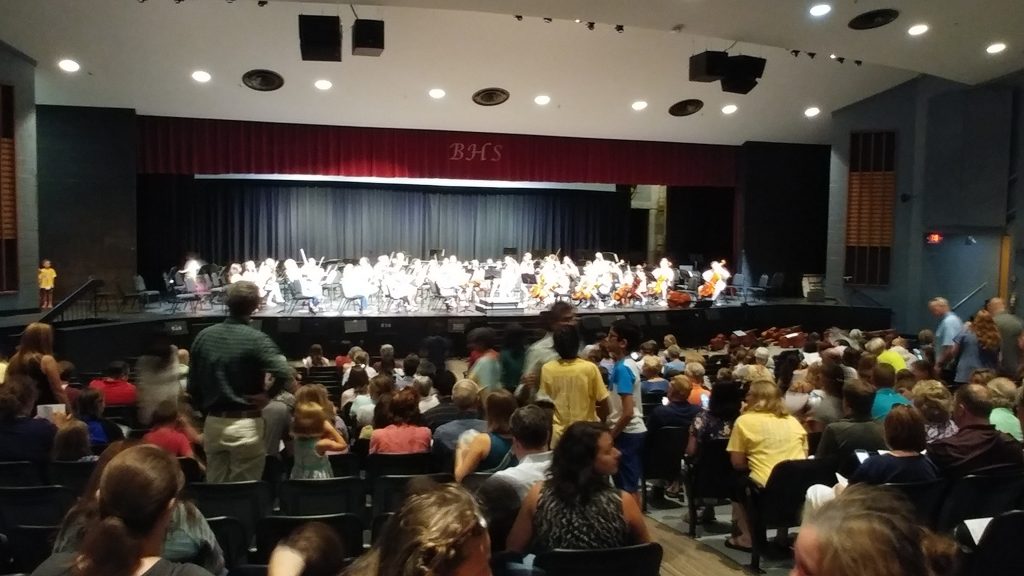 Friday was this glorious finale, complete with team building exercises, pizza lunch, a movie (this year it was Fantasia 2000), and then, of course, the Concert! It was all a whirlwind of emotions and energy and music. Lots and lots of glorious classical music. 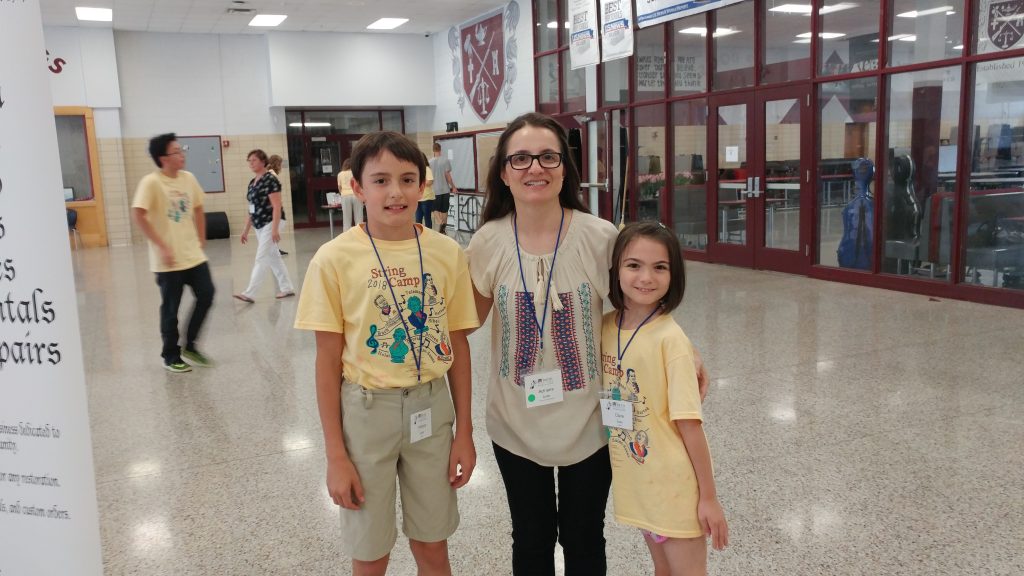 On the last day of camp

They also made friends. Our daughter really enjoyed getting to know her stand partner, who is a year older than she is. Our son knew two friends from going to orchestra through the year, and they all hung out together during snack breaks or seminars.

This year’s theme was The History Of Music. The youngest orchestra performed Baroque pieces – our daughter’s orchestra, called Prelude. The next level up orchestra, called Overture, played music from the Classical period. Our son played in that orchestra. 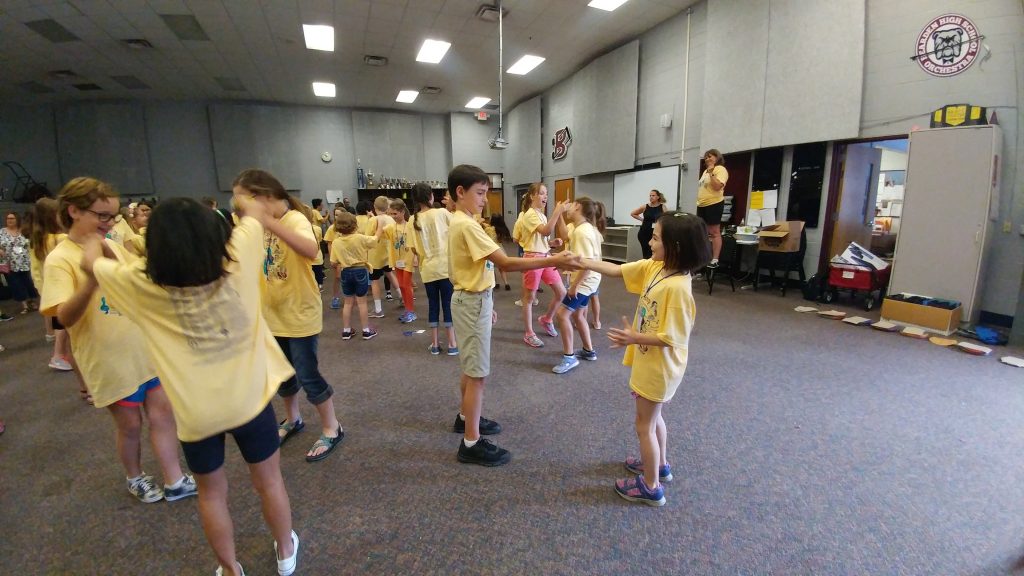 The following orchestra, called Intermezzo, covered the Romantic period. The most advanced orchestra, Finale, presented Contemporary pieces. One of them was Bartok’s Romanian Folk Dances! 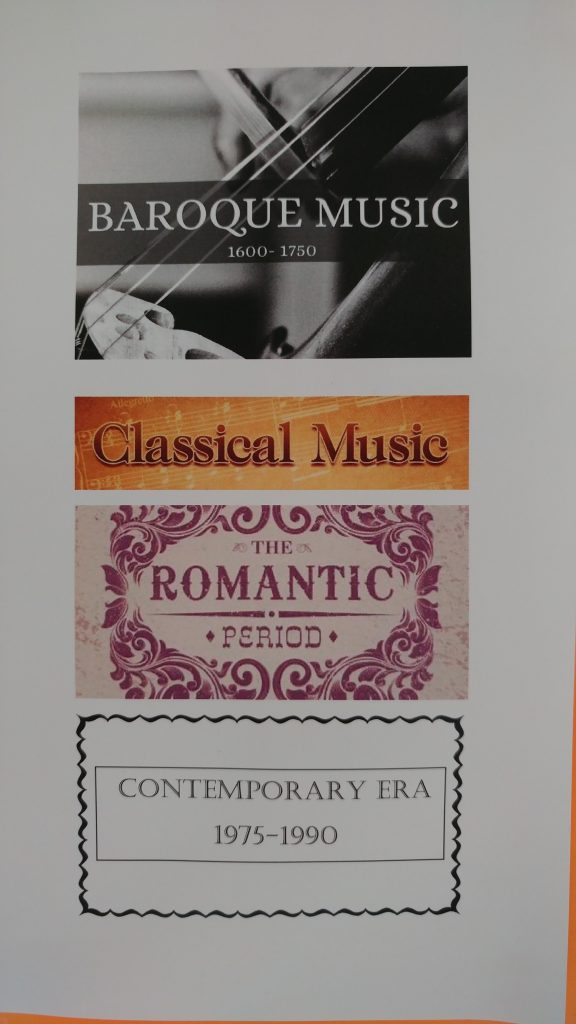 History of Music – this year’s theme

I was so glad to hear Romanian culture represented at this year’s string camp! When I looked at the program, I was tickled to see the Romanian titles of each movement (seven of them), with the English translation in parenthesis. 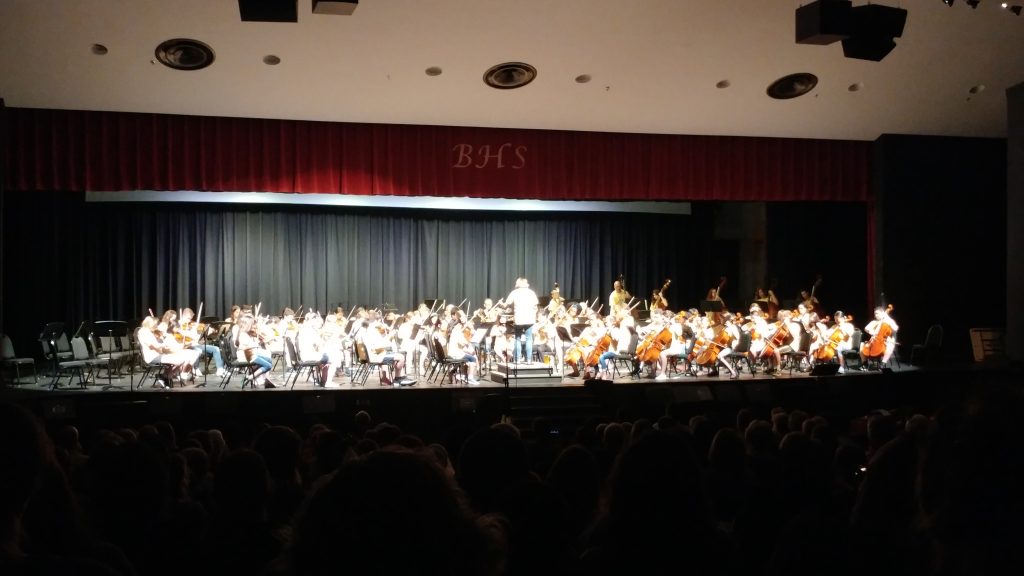 The Romanian language has some special characters and the program did not miss any one of them. I wonder if they had a Romanian type these titles or just a very careful American! I will have to ask somebody, because I, for one, was very impressed by this. 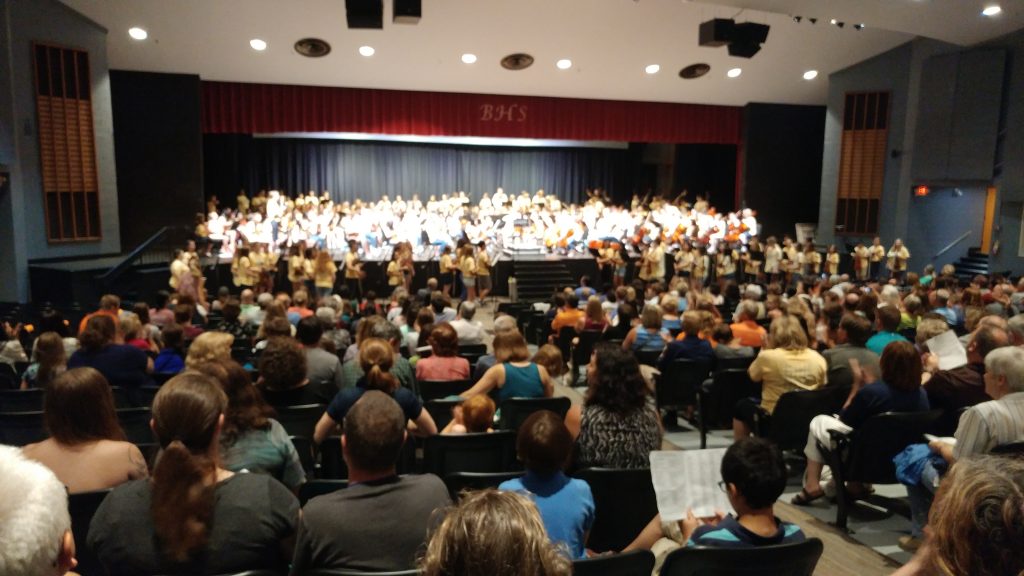 Camp tradition says that all orchestras get together on stage for Brandenburg Concerto No. 3. This year, they broke last year’s record – 262 participants on stage and spilling into the audience. Very, very happy to be a part of such an experience!