Italy is not one of the 15 countries I have visited. But I have been there many times in the spirit as I listened to Italian music, watched Italian movies and ate pizza, pasta, gnocchi and pesto.

Speaking of Italian music, I have been an Eros Ramazzotti fan since 1986, when he won Sanremo (the most important music festival in Italy) with Adesso Tu.

Fifteen years later, while living in Stockholm, Sweden, I watched an interview with Eros on Swedish TV. They asked him what he thought was the secret behind his success. He said it was “la melodia italiana.” Translation: the Italian melody.

Not him, necessarily, you see, but the natural inspiration that comes to him from having been born and raised in Italy. If that’s the case, don’t you want what they have for breakfast over there?

Italians sing, no doubt, and they can come up with a catchy tune. They got plenty of talent. (Just Google Toto Cutugno.)

But Eros is special.

You don’t stick around for three decades, sell 55 million albums all over the world, in two languages, unless you are special. 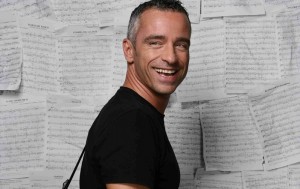 You don’t become the first Italian artist to sing at Radio City Hall, at the suggestion of Clive Davis, and sing in front of a sold-out crowd, unless you are special.

He is humble alright. He is also shy – his sad childhood left a few marks on him. Ramazzotti does not seek to be anything more than what he is: a musician.

When fans wrote to him to say how some of his lyrics really spoke to them and then proceeded to ask him for specific advice, he declined to answer. He said he writes music about his own life and how he experiences the human story. Everybody is free to enjoy it and take it the way they want to. He is not some spiritual guru, dishing out specific advice or principles to live by.

Ramazzotti’s YouTube channel can give you a taste of his music for free. Here’s a link to Se Bastasse Una Bella Canzone, one of his biggest hits ever – here in a duet with Luciano Pavarotti, my favorite tenor.

Well, Italy won their first match against England. Sorry, chaps! Until next time when Italy plays…

Be sure to visit our Pinterest Board for more multicultural kid blog posts inspired by the World Cup.