The Return of the Native (or How Not to Choose A Spouse) by Thomas Hardy is one of the 32 novels included in The Well-Educated Mind by Susan Wise Bauer – the most influential novels in the history of Western literature, according to Dr. Bauer. The link provided above, by the way, is to the free Kindle version of the book. 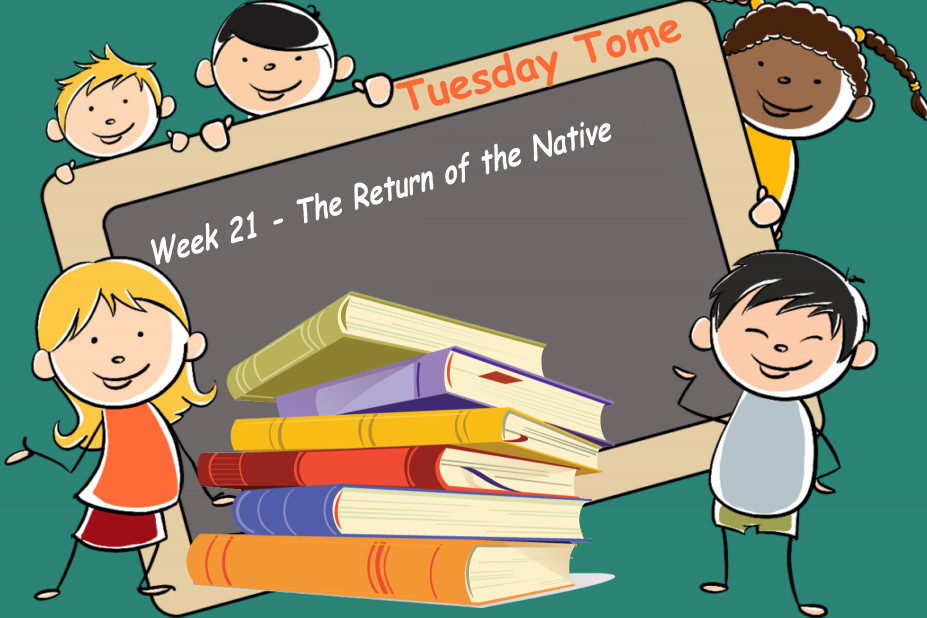 I was familiar with other writings by Hardy, like Tess of the d’Urbervilles. Unlike any other novel before this one on Dr. Bauer’s list, I had no idea what to expect. It was an interesting place to be. I realized that when I don’t know the plot or have expectations about the characters, I am a bit insecure inside a novel. It’s a good thing to experience now and then. It keeps everything fresh.

Hardy, of course, is the best landscape novelist in English literature. The first chapter in the book is about the landscape where the novel will take place. Nature plays a huge role in the way characters will interact later and Hardy wants to make sure we get it right from the start. Egdon Heath gave birth to some strong people – even the servants or farm workers play a huge role in the plot, as they each drop a hint of gossip at just the right time in the ear of just the right person or simply provide the backdrop of the social context.

The native in the title is Clym Yeobright, who comes home from Paris to visit with his mother and cousin around Christmas time, but also to break the news that his true vocation is not in selling diamonds, but in teaching. Eustacia Vye, a local girl who dreams big, falls in love with Clym and the idea of being whisked away to Paris, even though Clym makes it clear he does not wish to return to Paris. She discards her old boyfriend, Damon Wildeve, who ends up marrying Thomasin, Clym’s cousin.

Eustacia and Clym marry despite Mrs. Yeobright’s protests. Clym delivers on his promise of staying on the heath and preparing to open a school for peasant children. Eustacia was hoping she would convince him after they got married to leave it all behind and go live the great life of a European capital like Paris. Thwarted in her schemes, she starts back up with Wildeve, who has never forgotten her anyway, having named his daughter with Thomasin Eustacia. Wildeve and Eustacia end up drowning the night they were trying to elope together.

Diggory Venn, the reddleman, pops into the novel from the second to the last chapter at just the right moments, loving Thomasin and looking out for her. Because he sells the red dye used by shepherds to mark their sheep, Venn looks red all over, scary and wild, like the landscape itself. Since his life is pretty much nomadic and he lives outside in his van, he almost becomes one with nature. He is deep and thoughtful and ends up marrying Thomasin and taking good care of little Eustacia.

Clym cannot be a teacher anymore because of having strained his eyes from too much reading, so he becomes an itinerant preacher in the open-air. His mother had died, by the way, in the heath, bitten by an adder, after she had come to his house to try to reconcile with him and Eustacia and they had not opened the door.

Here are some of the things I knew about life, confirmed by this book, which could also be titled How NOT to Choose A Spouse:

I could go on and on, but you get the idea. Every principle of how to prepare for marriage I know of has been broken by the characters of this book and it all ends badly. Thankfully, Thomasin, who has acted as an innocent character throughout the book, gets rewarded in the end with a good husband. Hardy rewards the good and punishes the bad. We are still in the 1800s, can’t you tell?