One of my favorite chapters in the Bible is Psalm 91. The image of sitting under the shadow of God’s wings strikes me every time with peace and quietness. The idea of putting God and feathers or wings in the same sentence is striking, of course.

I found a profound article online about why Jesus chose the image of a hen gathering her chicks under her wings when He talked about trying to reach out to Israel and Jerusalem over the centuries. When you love someone, you want to protect them. Children being like chicks, they need lots of cover from harm. Mothers feel the need to protect their children. Some of us have chosen to homeschool because of this ancestral urge to cover, protect, and keep from harm. 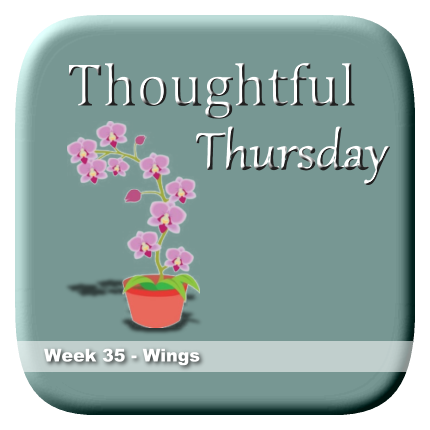 Unfortunately, schools have become battle grounds. Children are exposed to a lot of hawks and foxes out there. Many times, they do not have the mechanisms to cope with it all. They succumb to peer pressure and choose to follow the fox, not knowing that, once they turn the corner, the fox will gobble them up.

Some of us who have left behind lucrative careers in order to homeschool may feel a tug at the heart at times, wondering “what if” we put the kids in school. I have heard it from many mothers who homeschool. They love homeschooling, they plan to do it until the kids go to college, and they have no regrets about it. But the thought comes to mind: what if…

It is especially difficult around this time of the year, when back-to-school backpacks and lunch boxes look so cute and you sigh that your child does not have any use for such items. Among other things.

In moments like these, it is important to deal gently with your own soul. You have chosen to stretch out your wings, expose the most vulnerable part of you, your chest, where your heart is beating for your children, and keep them at home. You have set aside your ability to make money and protect yourself from financial woes. And what about saving for retirement?

This public school mom told me that she worked so that her children could go to Disney every year. “That’s a $4,000 trip for four, you know?” she said. So that’s it? I’m thinking… You forego a oneness with your children you could never dream of now for $4,000 and a trip to a piece of land in Florida where people dress up in costumes reminiscent of cartoons?

Look, we watch some Disney movies and we read the stories, too. Snow White and the whole bunch are part of collective consciousness worldwide and I want my children to understand who they are. But how did Disney become part of the parenting conversation to the point where one must visit every year and set up entire careers around it?

Another mother told me that she worked so that she and her husband could have jam on their bread and tea instead of water. It was her way of saying that her husband could provide the basics, like bread and water, while her income topped it all off nicely with some other things. Again, I understand financial considerations keep many people from homeschooling. It’s a free country. To each her own.

Besides, people with educational loans must go to work to pay them off just as much as people with no education, whose ability to make an income past $35,000 a year is very far indeed. Did you know that very few Americans make more than $35,000 per year? That’s another topic altogether.

We all have choices. And once we chose to homeschool, the world becomes a different place. There’s nothing wrong with looking at it critically and analyzing if it is still the best choice for your family. But it is a choice. Some people choose to go without tea and jam for 15 years so they can graduate two or three children from homeschool. Others don’t have financial burdens while homeschooling because they are blessed with abundant resources to begin with. Every household is different.

God has given us mothers wings to cover and protect our children the way He protects us from harm. I think that homeschooling children is worth every financial sacrifice one might have to endure. Protecting them from evil influences, physical danger, and pernicious teachings may require you to stretch your wings and expose your most vulnerable part, but wouldn’t you rather die protecting the young than live licking your chops?