Story of the World, Vol. 4, Chapter 35 is titled The Cold War. The space race between the Soviet Union and the USA covers the first story. The second story takes us to Cuba during the 13 days in October, when the world teetered on the brink of nuclear war. 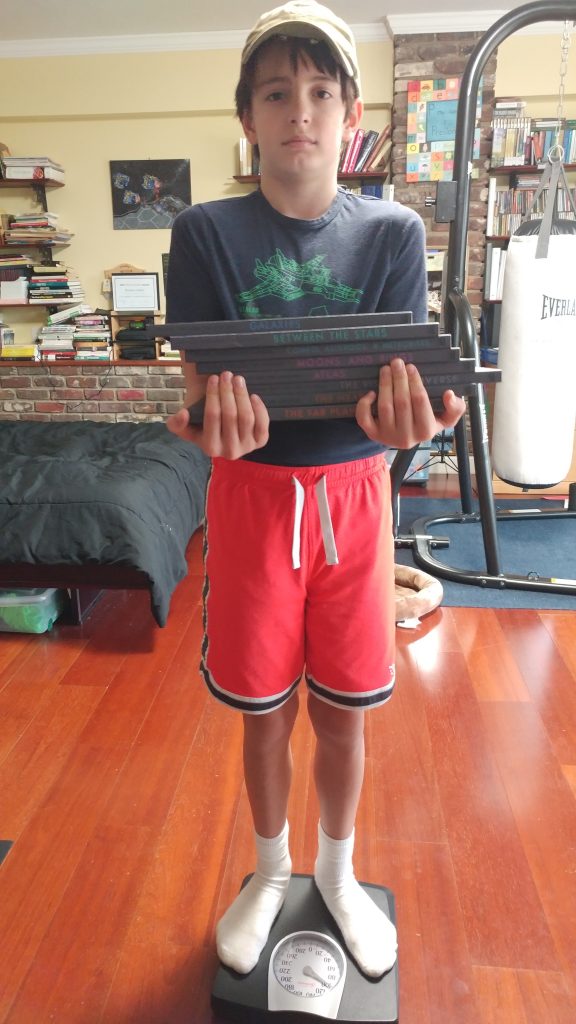 My son weighed himself with a stack of books.

Once again, I teared up during reading because of my personal experience with communism. The kids make me laugh with their reactions to my tears, so I end up crying and laughing at the same time. END_OF_DOCUMENT_TOKEN_TO_BE_REPLACED

Simon Winchester, the author of The Man Who Loved China, is quite an accomplished writer. This book is the biography of Joseph Needham, a Cambridge professor who learned Chinese and traveled to China to learn about the history of science in China. While there, he discovered what the Western world did not know: that the Chinese had discovered many, many things way ahead of the Europeans. At the end of the book, Winchester compiled a list of Chinese discoveries and the year they were used in China for the first time. 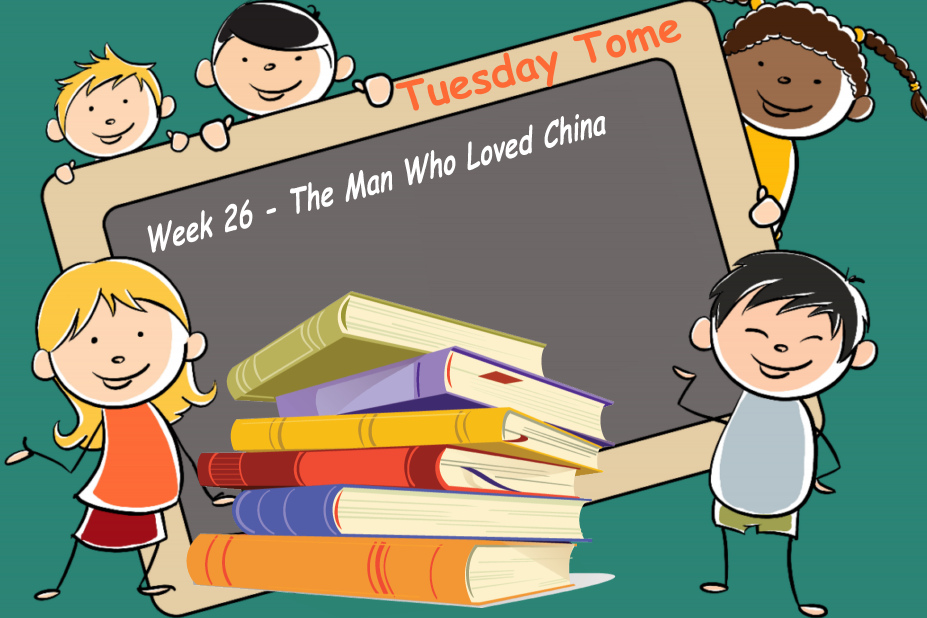 Personally, I love biographies. Even if I don’t agree with the person’s morality or political leanings, I still love a well-written biography. In this case, I did not agree with Needham’s lifestyle choices (he had an open marriage) or his Communist leanings, but I enjoyed the book because I learned so much from it. END_OF_DOCUMENT_TOKEN_TO_BE_REPLACED

My four-year-old daughter wants to be “mom” when she grows up. That’s what she said. I asked her the other day for the first time: “What do you want to be when you grow up?” She said, “I am thinking…” I started suggesting things to her. She shook her head no to each one. Then, she smiled and said, “mom.”

You mean, in spite of all my shortcomings she looks up to me? She thinks my job is fun and exciting? She thinks “mom” is a good gig? I am surprised because I grew up not wanting to have children. The culture in Communist Romania did not relish children.

Abortion was illegal, but women risked their lives to undergo illegal abortions. They preferred to die or go to jail than to have another one. Women were overworked, beaten by their husbands, and completely treated as second class citizens.

As a child, I focused on education. That was the way to empower myself to live life on my own terms and not depend on a husband.

I studied for every subject so hard, one of my teachers told my mom during a parent-teacher conference that I make all the other kids look bad. That it is not normal for a child to have a 10 in every subject (that’s straight As in the American system of grading). That I should just pick the subjects I like and focus on those. You know, like what every other child was told to do.

The problem with that approach was that I loved Humanities. I loved to read, to write, and to study foreign languages. But the borders were closed. The same teachers who told me to focus on what I liked, discouraged me from pursuing languages. They recommended I focused on “real sciences.” They said the computer was the way of the future and languages would only put me in this category of people the secret police would keep under constant surveillance. Can you tell the year was 1985?

But doesn’t it sound a bit familiar? Don’t you hear an over-arching emphasis on STEM (science, technology, engineering and mathematics) these days? Everybody speaks English around the world, so why should American kids learn another language? It’s just a waste of time. And forget music or the arts. The world does not need another starving musician or artist. Let’s all learn to code. Code writers have jobs.

Look, I am not saying don’t learn STEM or coding. I am just saying there are parts in a child that would only be touched by music and art.

And I am certainly not advocating that children be “all-rounded” because that spells mediocrity. But let’s not focus so much on hitting certain parameters in education that we forget education is an art in itself. That learners are persons with feelings and thoughts and real desires and real talents, which must be found and encouraged.

Let’s not tell the children what to focus on. Let them read, explore, and ask questions. Show them how to arrive at answers.

Once they discover what they want to be, by all means make room. Make room for exploration and for delving into it. Make room emotionally and intellectually for their passion to flourish.

My daughter, at four, wants to be “mom” when she grows up. Sure, it might change by the time she is 12 or 18. Or sooner. For now, she is having fun with the idea. She owns her desire. How many adults do you know who own their desires? Their careers?

I am surprised that my imperfections have not given her the message that motherhood is too stressful to take on. Relieved, too.

My daughter may be right after all. Why shouldn’t she be? “Mom” may be the best gig in the world because moms get to influence the world as they raise the next generation of leaders.