Chapter 6 offers a strange combination of countries: Paraguay and Canada, but it makes sense because they both struggled for independence about the same time. The mapwork was challenging. We are still getting used to having to label things on the map. 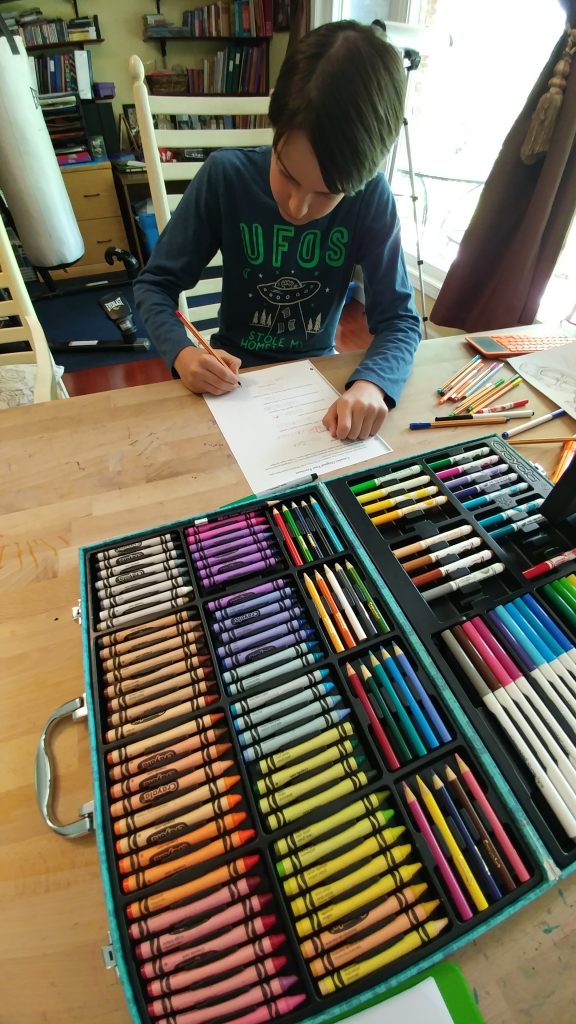 We need to rise up to this new challenge though. It is teaching us a lot more than having to just look at a page and draw arrows from point A to point B or highlight a country or circle a city.

There was no debate over Lopez in Paraguay. The kids thought he was a crazy dictator. When they heard people have split opinions about him, they could not believe it. Somebody who kills half the population of his country because he is insane enough to go against three countries cannot be a patriot.

The story about Canada was interesting. I did not know many details about Canadian history myself, so I enjoyed learning with them.

For the activity, we filled out the page provided with the puzzle that makes out Canada’s motto, “From Sea to Sea.”

My son noted that “patriot” rhymes with “idiot” and we had a good laugh about it. I reminded them that we say “patriot” in Romanian too and it comes from “patria” which in Latin means “fatherland.”