Story of the World, Vol. 4, Chapter 20 finally brought us to World War I, which the kids have been very eager to study. Before that story though, we read about the Mexican Revolution. 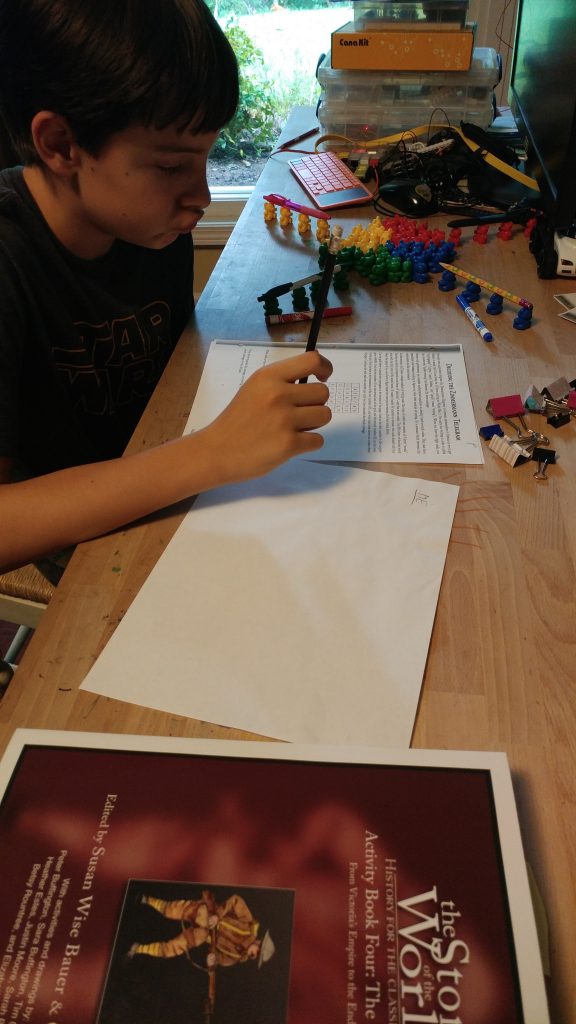 Trying to break the code

They could not believe all the twists and turns in Mexico, all the dudes that took over and became corrupt, and all the assassinations. Studying history opens up our eyes like nothing else could.

For our craft, we worked on the cryptography activity project. It took a couple of minutes for it to make sense to them, but once they figured it out, they moved fast with it. They were very happy when they finished – the feeling of accomplishing something new and challenging.

They were shocked by what they learned about how World War I started. I made the connection with Downton Abbey, but then I remembered that they had not watched it. There is an episode where the characters find out England is at war with Germany. Then, the second season, I think, is all about the war and its aftermath.

A period drama like Downton Abbey can help children visualize the clothes and mannerisms of that time. However, some of the content is not suitable for young children. That is why I have not shown them this particular TV show.

They have seen a scene here and there, when I watched it on my own and they came into the room to say something to me. But when they get older, period dramas would probably make an appearance in our homeschool now and then for history or literature.