Chapter 24 deals with Captain Cook’s voyages and the beginnings of Australia as a British colony. Since we just finished “Mr. Popper’s Penguins,” the kids were already somewhat familiar with the name “Captain Cook” and the whole idea of explorations. It was a happy coincidence that our literature selection and our history lesson overlapped in a way. 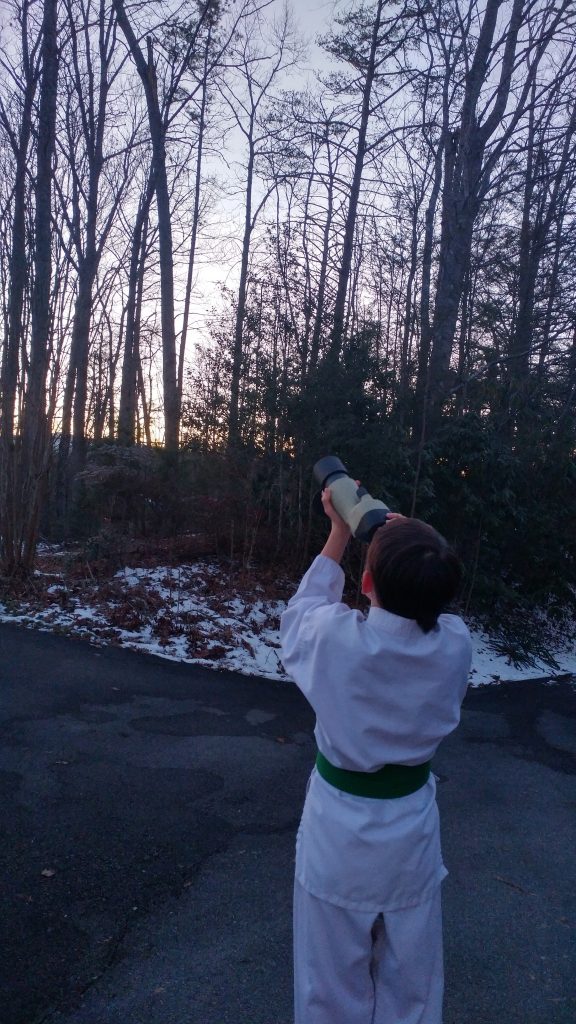 My son looking for Venus after sundown

If the questions are really easy, I direct the question to my second grader. She sits with us in history and loves to color and do the maps. She also loves the crafts, if any. But until recently she did not show an interest in answering the questions. As she grows and matures, I also want to challenge her to answer in full sentences and to scour the text for the right answer.

The other exercise that I did not emphasize before but on which I insist now is narration. My son gets lost in the details and has a hard time summarizing a text into three sentences. So we work on that skill at the end of the history lesson. I give him the examples given in the book if he does not know how to do it, or I correct him as he goes along and starts giving too many details. 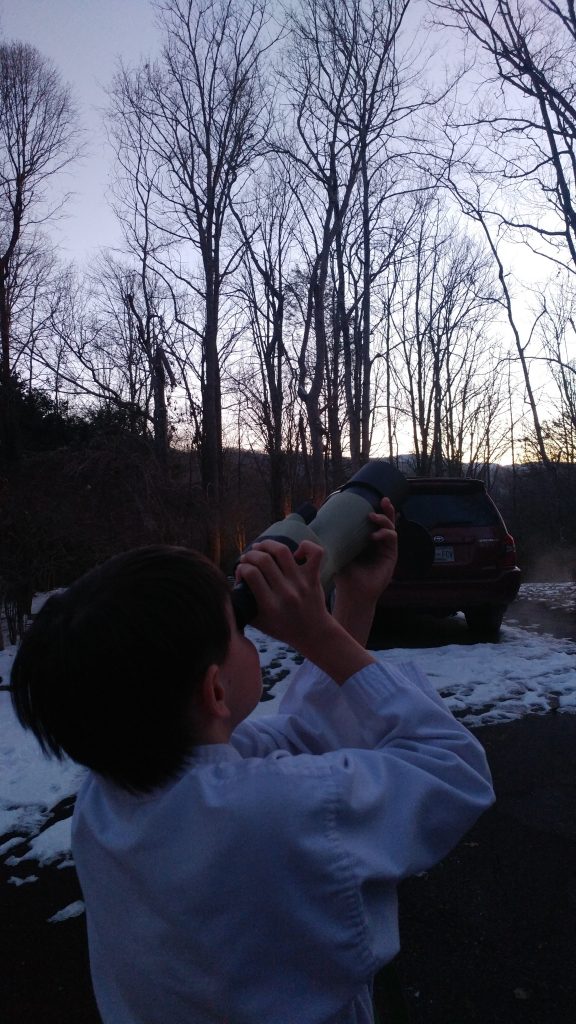 Looking through the telescope

For our activity, we chose to look at planet Venus one evening, after the sun set. We were leaving the house to go to tae kwon do, which should explain why my son is wearing what he is wearing in the picture. The moon was out, but no sign of Venus.

We looked around the moon through the telescope, but we could not find Venus. Later on, after tae kwon do, Venus was out and I just don’t have the right camera to capture it. But we spotted it and thought about Captain Cook and his secret mission.