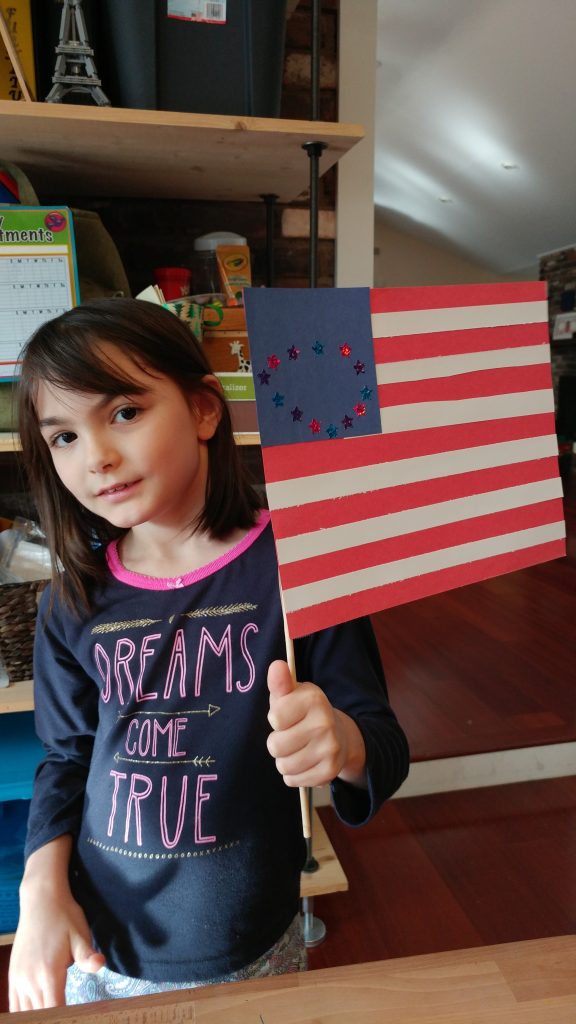 This is a rich chapter and we dwelt on the Review Questions to make sure most facts stuck. I read to them Longfellow’s poem, “The Midnight Ride of Paul Revere,” but decided against memorizing it. Not only is it too long, it is historically inaccurate. Longfellow took a lot of poetic licenses (artistic liberties) and only mentioned Revere, completely leaving out his worthy fellow rider, William Dawes. Also, he makes Revere into the recipient of the message by lanterns instead of being the one who actually gave the signal. And so on.

However, I believe we should memorize the introduction to the American Declaration of Independence, so I have made a copy and added it to our morning basket of memory work. Susan Wise Bauer has a very simple formula for memorization: have the child read the passage five times in the morning and five times in the evening. In a few days, the child should know it by heart. 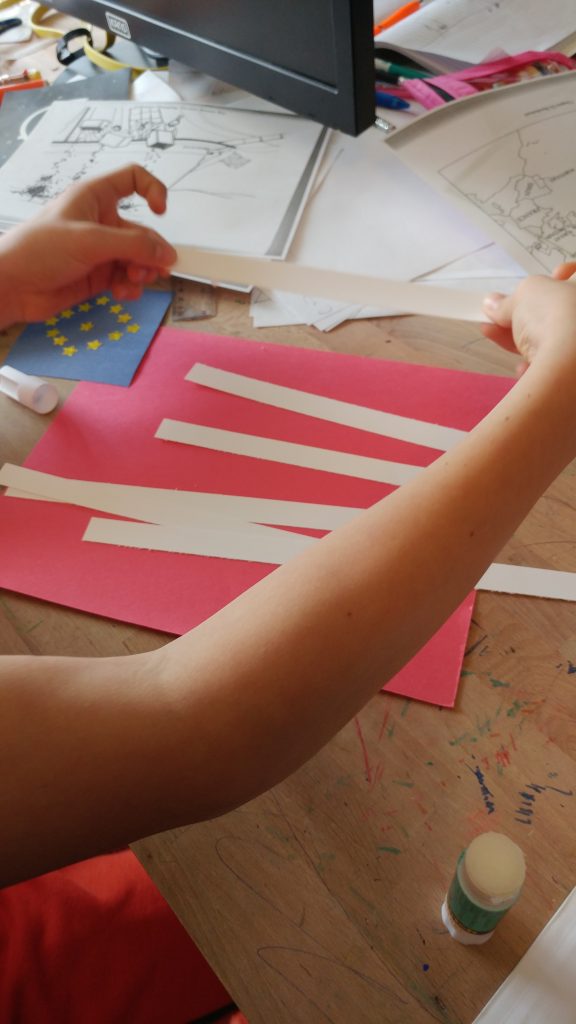 My son putting together his American flag

For a craft, we made the original flag of the American colonies. Who has talent to draw a star stencil? Not me. Who has the patience to cut out 13 stars for the original 13 colonies? Not me, nor my children. 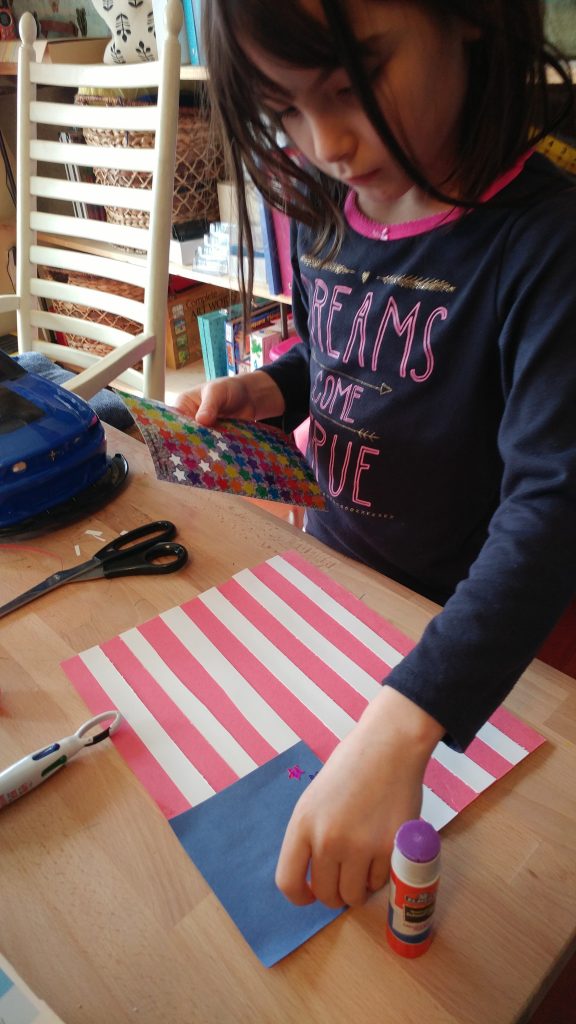 My daughter using star stickers on her flag craft

Instead, I gave them some of my sticker stars, which I use to reward their good paperwork. My daughter chose pink and purple stars, while my son worked with gold stars. Not exactly historically accurate, but they had fun and got a bit of artistic endeavor in for the day. Plus, they were proud of their flags.