Chapter 20 dealt with Ch’ien Lung (Qianlong) in two different stories. The first focused on his interest in books. Ch’ien Long was a patron of the arts in general, but he really, really liked books. He knew there were lots of books all over China and he wanted them in one place, for posterity. Yes, it sounds like he wanted a library. 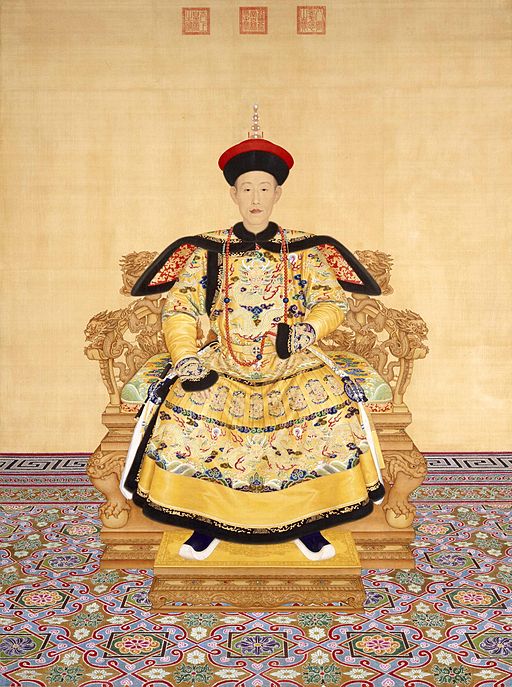 He sent men all over China to gather up these volumes and split them into four categories. Then, he ordered them copied so that he may have nine copies of each. Of course, they copied them by hand.

Why of course? He lived between 1711-1799 and Gutenberg invented his printing press in 1440. The Chinese actually invented a printing process with wooden blocks back in 868. Well, I guess Ch’ien Long wanted things done the hard way, the beautiful way, the long way.

It took years and years. The bad part? He had certain books burned – the ones that spoke against the Manchu. Freedom of the press did not quite enter the picture for this Chinese emperor. 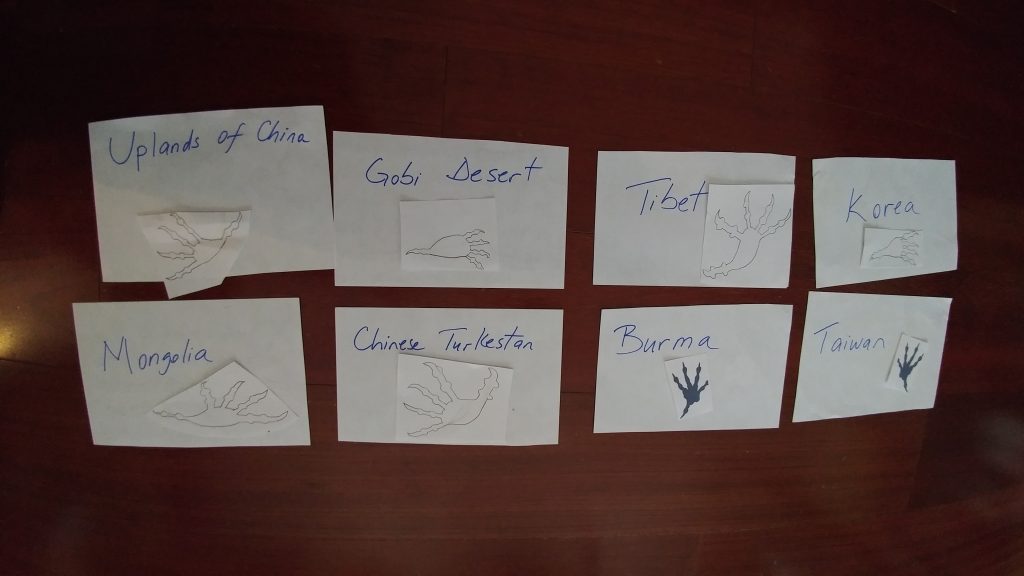 Dragon paw prints over the eight provinces of China

The second story was about the accumulation of land. Susan Wise Bauer places the reader on a dragon who flies all over the different parts of China at the time. It was neat to direct the kids over their maps. Then, we made eight pages with the names of each province and applied a dragon paw print over each.

We did not stick these on different doors in the house. I was afraid the paint might come off. But I was glad my son took the time to improve his dragon paw print and made me six different designs. I printed two others from the internet. We made sure our dragons had five claws, as the activity books points out.

One new thing we are doing is a timeline. Until now, I felt my children were too young to bother with dates. Well, they have grown some. It’s time for a timeline. I will tell you about that project in a separate blog post.